While I am primarily an aesthetic joker collector (focused on the images), I am growing interested in their history too. This article is part of a series where I review my historical jokers.

Onto my cards from the US Playing Card Company (USPCC) section.  For those who don't know, the USPCC has been the most successful and voracious of the US card publishers. The roots of the company go back to ~1895 and it acquired many (perhaps most?) of the US Card publishers including Doherty, New York Consolidated Company, and many others. The Belgian privately owned group Cartamundi acquired The United States Playing Card Company (USPC) in 2019. This includes the iconic Bicycle®, Bee®, Hoyle®, and Fournier® brands. The combined heritage of Cartamundi, USPCC, and Fournier: It's the 50th anniversary for Cartamundi,  the 150th anniversary for Fournier, and 134th of the USPCC Bicycle brand.
Here's an array of my older USPC Congress jokers.  Anyone know the dates (since matching them up with dates is my next project)? 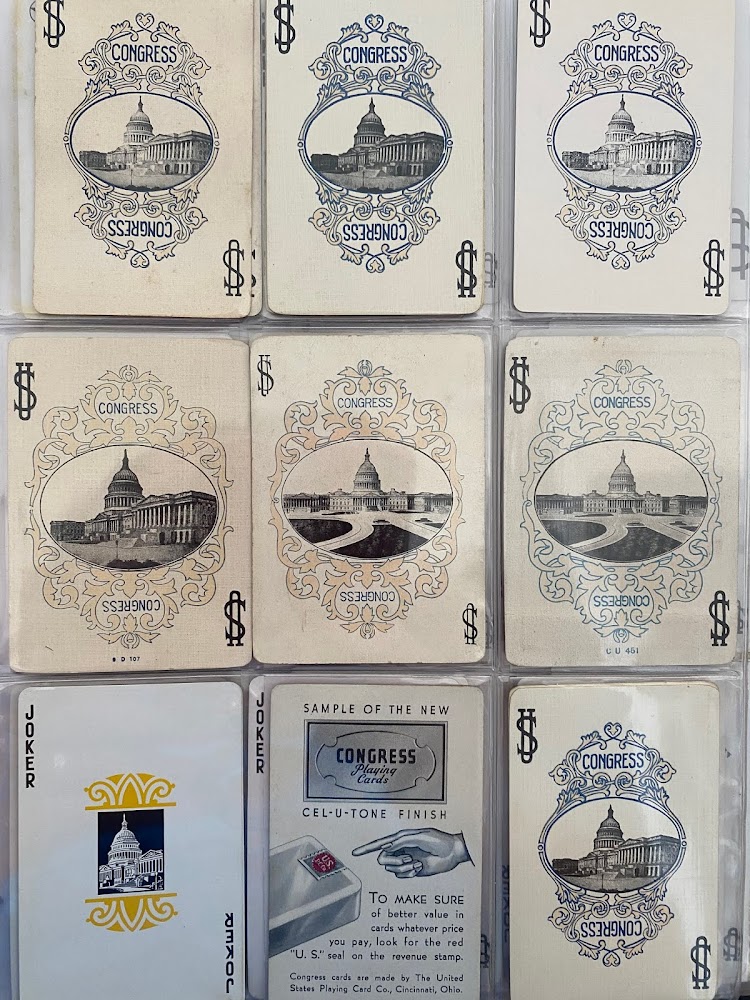 This Moon Fairy joker was the joker in the first USPC Congress decks  in 1895 (It seems to match  P 87 of the Hochman' Card Encyclopedia) but I'm not sure how to truly date it. It's in the crescent moon section. 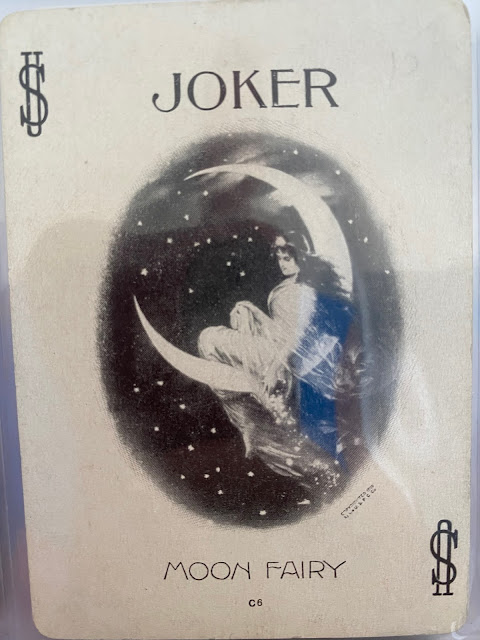 Here's the Moon Fairy back. 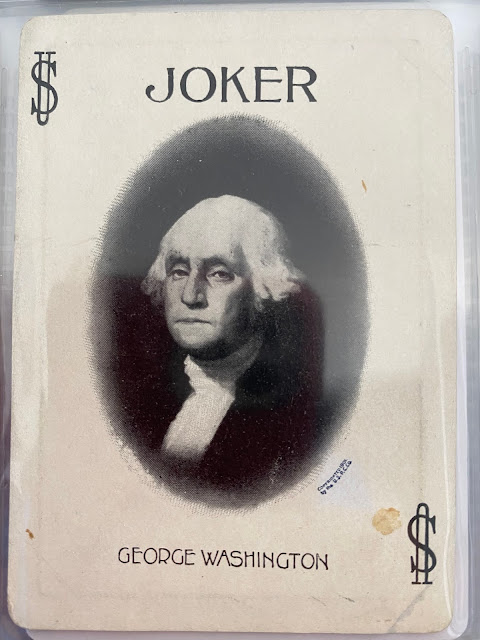 Could this  Dundreary joker be the extremely rare bordered style with flesh tones? I can only hope but since mine is pretty much black and white, it seems unlikely despite the intertwined US in the corners and the border around Dundreary. I'm looking at it maybe being the US6 Congress #404 or #606 1881 from Hochman P86. 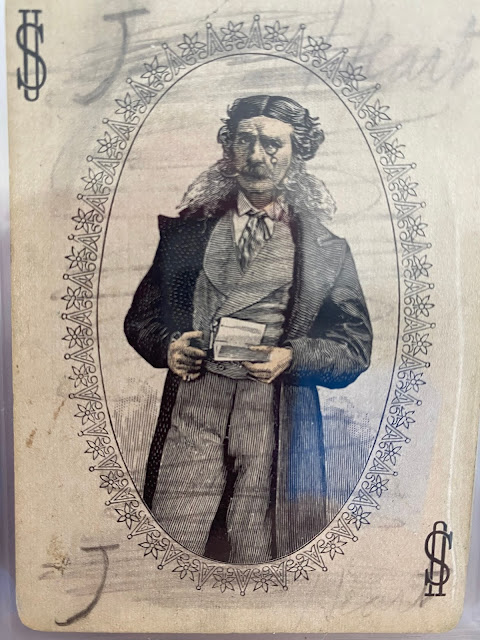 USPC first made the army cards  in 1881, US3 Army #303.  My pair of these jokers might be from the reproduction was made a century later. 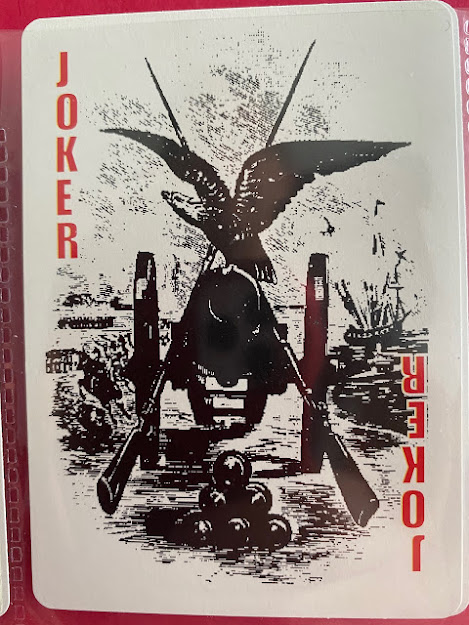 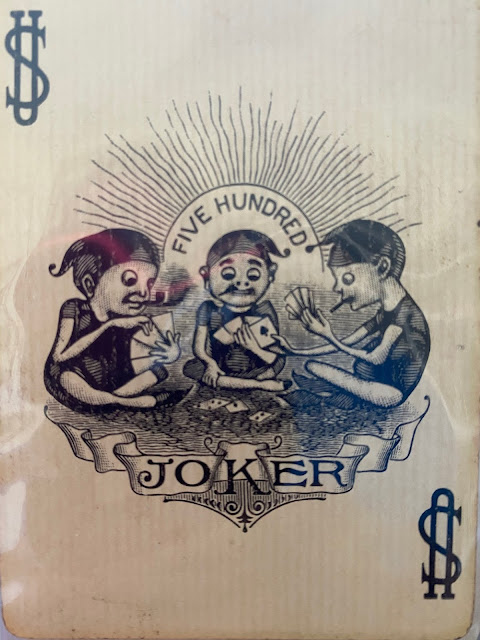 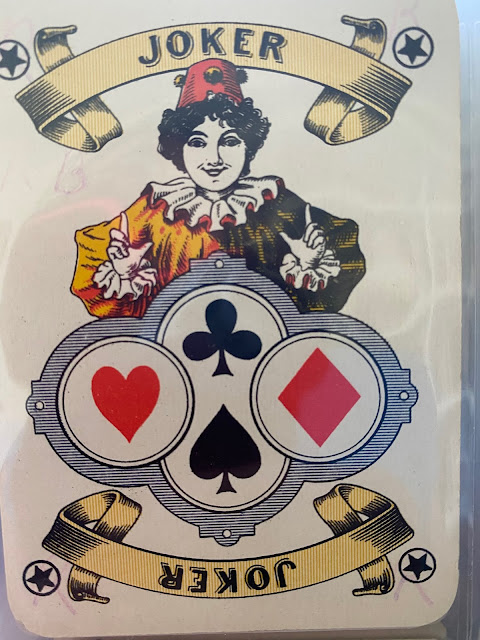 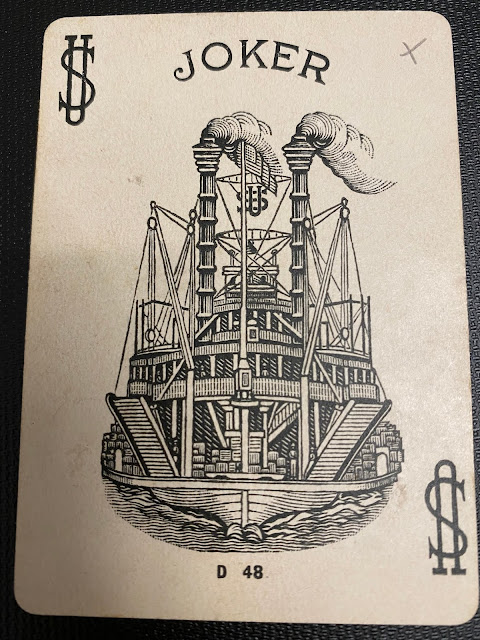 These “Stage Playing Cards” are souvenirs from a bygone age but today they have historic and nostalgia value. The court cards and Aces each feature four portraits of famous theatre stars from the 1890s inside round frames, against a background pattern based on traditional court cards. The Joker is Marshall P. Wilder (1859-1915) the famous actor who was one of the first persons with a disability to become a celebrity on his own terms. (WOPC) 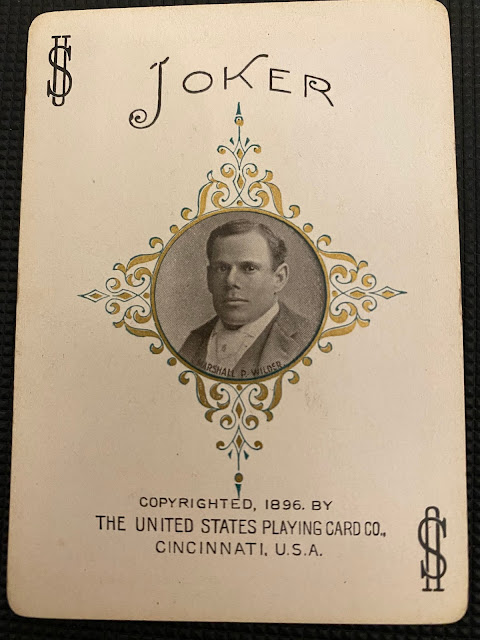 This Waterfall joker has the jumbo index on it. They were first introduced by USPC in 1895. Could this joker be from the first jumbo indices? It's on P102 as US34 Jumbo Index #88 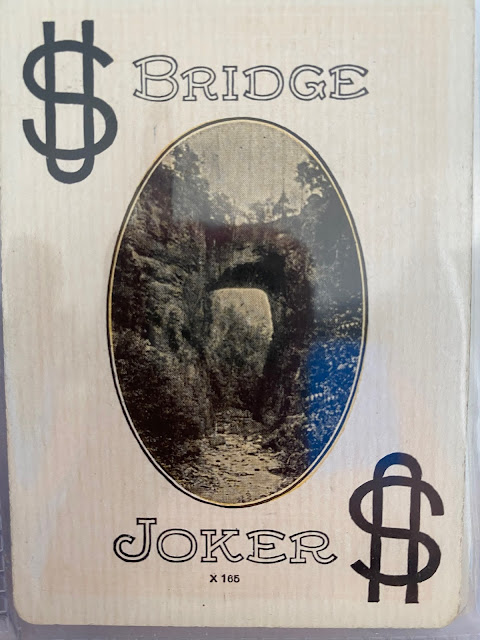 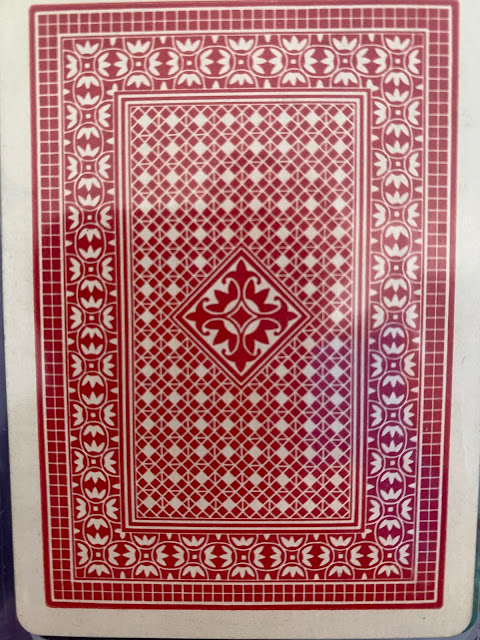 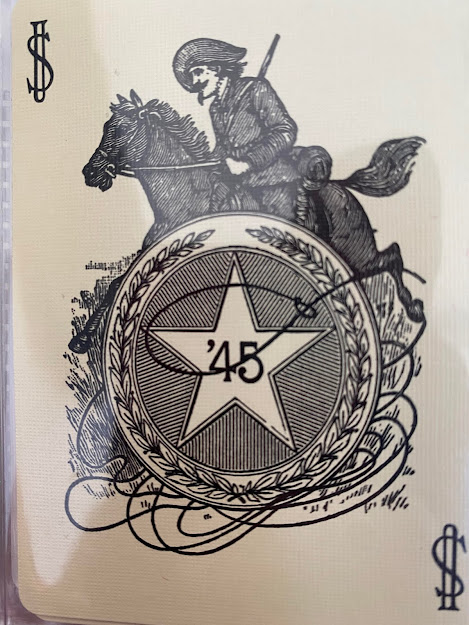 Let's summarize the USPC jokers from this era that I have:

Much sorting and research to do: any and all help and advice appreciated.

I'm doing most of my research using three sources:
-    The Hochman Encyclopedia of American Playing Cards by Tom and Judy Dawson. C 2000.
-    Paper Empires Vol I by Jason McKinstry. C 2019
-    The World of Playing Cards website. WOPC.co.uk
I'd like to express my deepest thanks to those who create such quality works. You are, in my book, superheroes and celebrities. If I ever get to meet you, I'll ask for a selfie and be proud to have taken it.
To see my other articles about historical jokers.