Cards featuring politicians are popular, here's some of the modern jokers. First, a few of my favorites. The first one is Walter Mondale, the Vice President of Jimmy Carter. 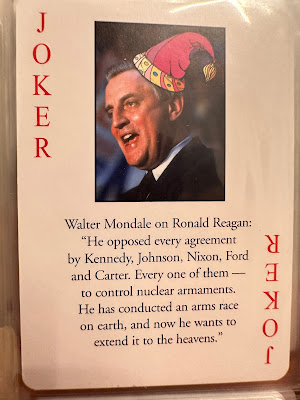 Here's John Kerry, the Democratic Candidate for President against George Bush Jr.  He was also the Secretary of State for some years during Barack Obama's Administration 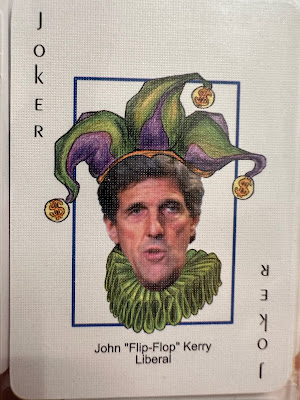 Al Gore was Bill Clinton's Vice President and was the Democratic Presidential candidate against George Bush. He also created the film: "An Inconvenient Truth". 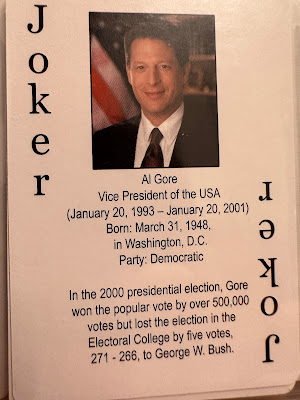 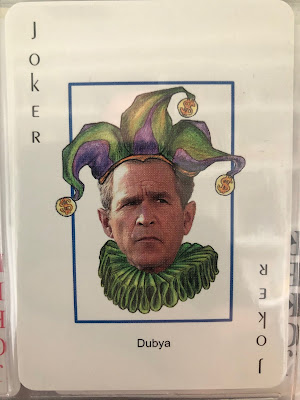 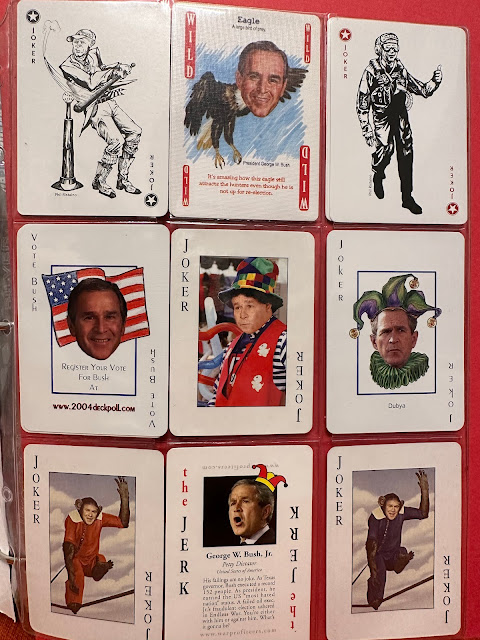 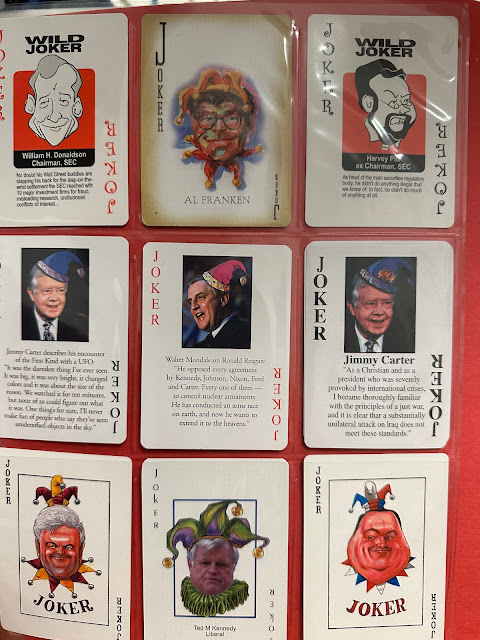 There's George Bush in the top left here.  George McGovern (Democratic  in the late 1960s) in the middle. 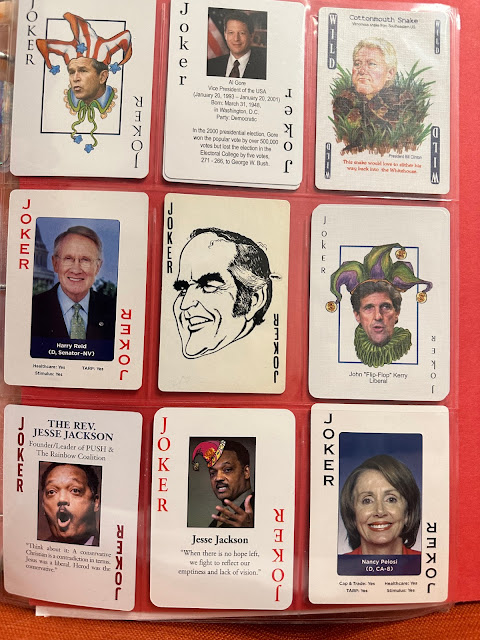 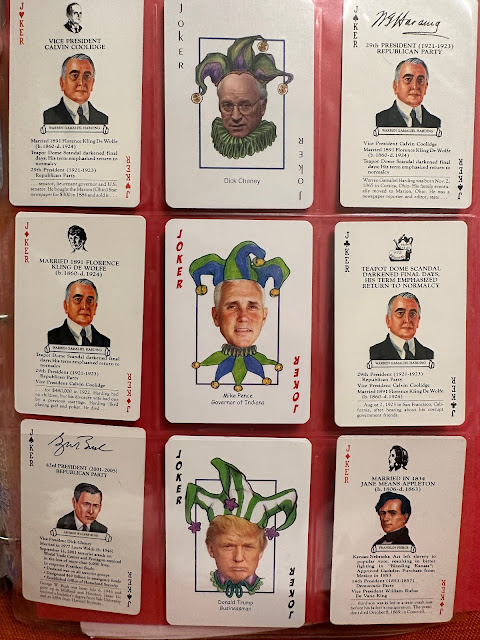 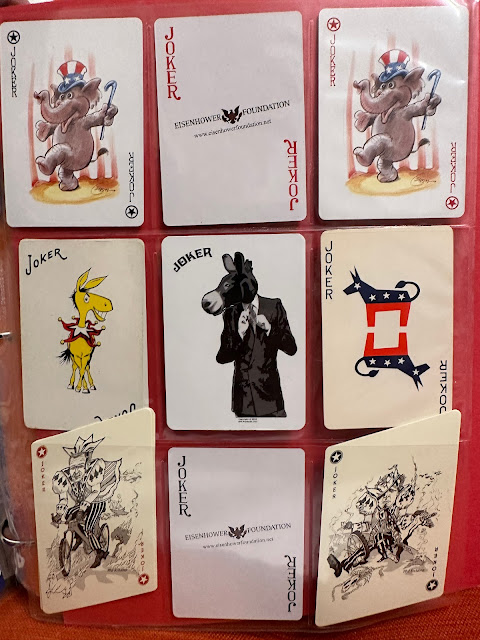 It's Trump in the top left, Hillary in the top right.  Trump also in bottom left and right.  I'm not sure who it is the bottom row right. 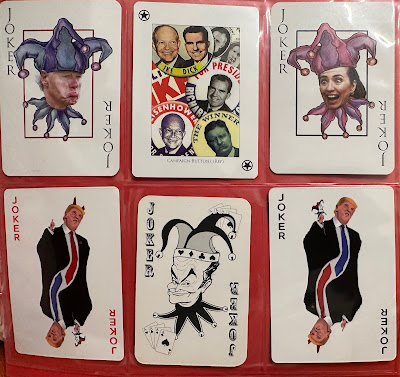