These jokers are people, American people, symbolic people like Uncle Sam; specific  historical Americans like Washington, Tilden, and Cooper,  and generic types that have not yet been separated out into their own sections. There are some closely related sections such as American Historical Figures (this article), Modern American Politicans, Cowboys,  Native Americans. American travel jokers  (which have American sites but not people), and entertainers like Elvis, film people, musicians, or Sports Figures.

This first page features George Washington and Uncle Sam jokers. The former is legendary but real: the second is mythical. 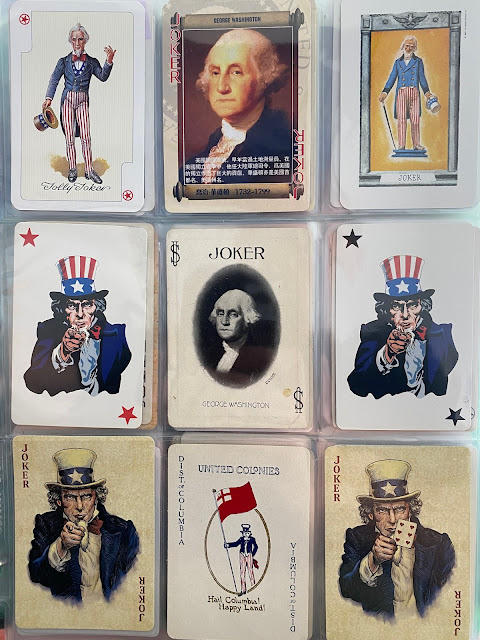 Sam Cooper who is the top left and right of the page below was previously miscategorized as a "Very Toothy Version of Santa". Joop pointed out that it came from a deck - "The Great Hall & Its Famous Speakers" - by US Games Systems in 1988. It has 53 different caricatures  depicting famous persons that have spoken at the Great Hall of Cooper Union. Each card is named, except for the joker. I believe the joker is of Samuel Cooper.  For more info, Wikipedia has articles on Peter Cooper and the Cooper Union. 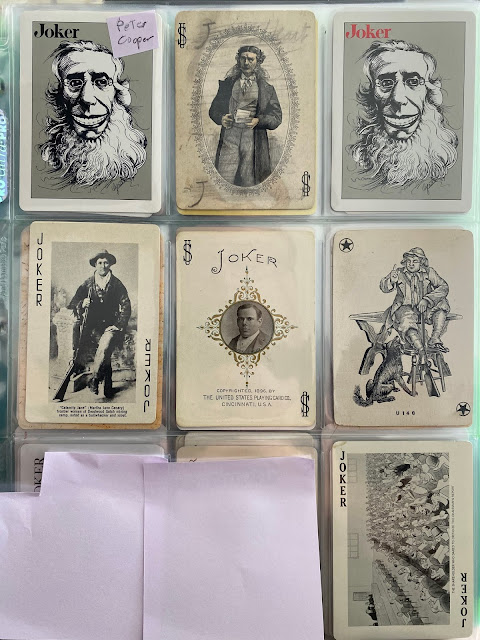 The joker in the top row center above is the Dundreary joker with the image of an actor named Edward Askew Sothern (the link is to David Seaney's write up of the the Forgotten People of Playing Cards website).  Dundreary first appeared on a joker published by Russell & Morgan on a Congress deck in 1881.  My version is from much later after USPC (note the US in the corner) has bought the company, perhaps it's from the USPCC (former Russell & Morgan) deck "Extra Congress no. 606" made in 1895 It has a wide blue lacquer back. Dundreary is a character played by Sothern who was a somewhat insipid British nobleman. Dundreary came to mean either a style of facial hair or a twisted combined saying like: “Brother Sam and I used to be boys when we were lads, both of us”. 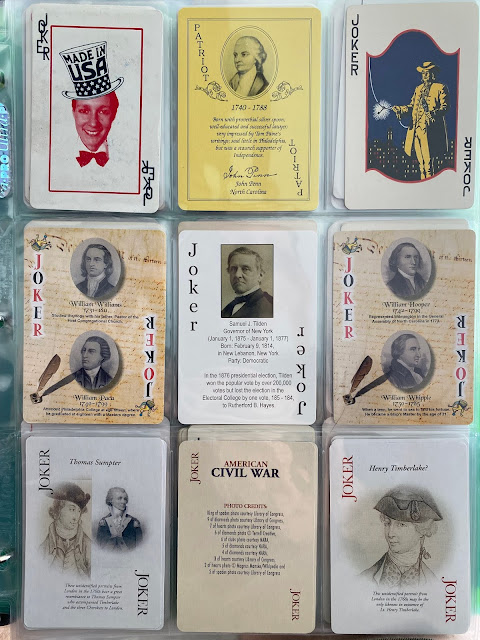 This next page of American jokers is about the economics and business of America. 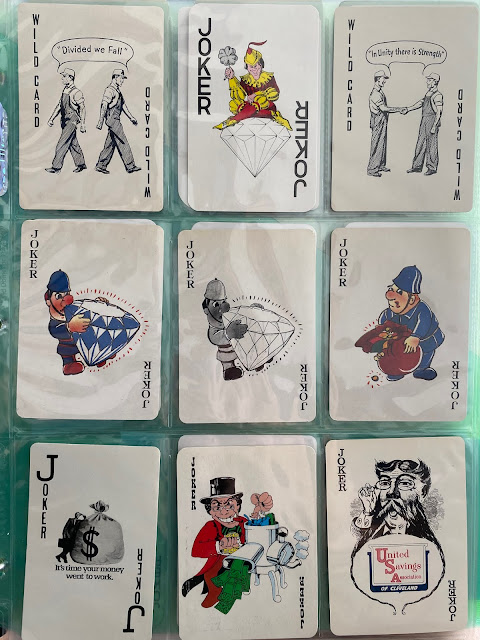 Much of the American characters and people have been involved in wars. 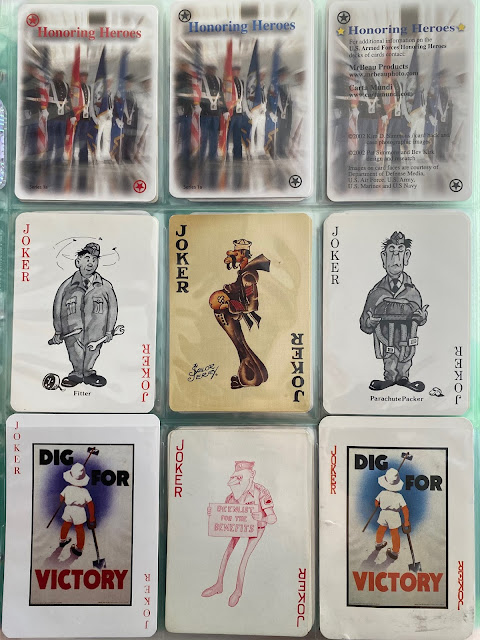 These Americans are well dressed and wear hats. 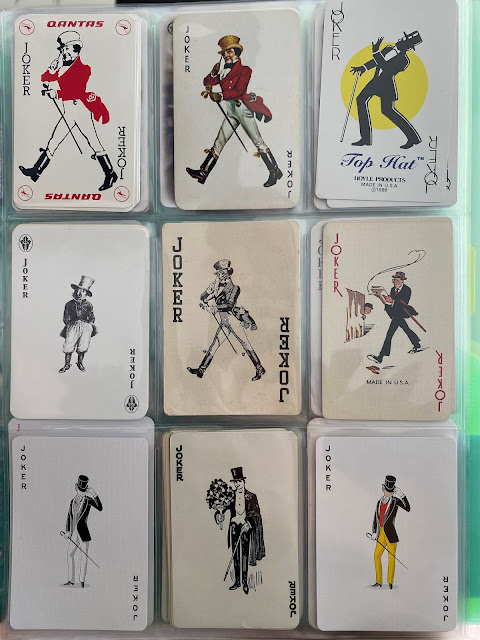 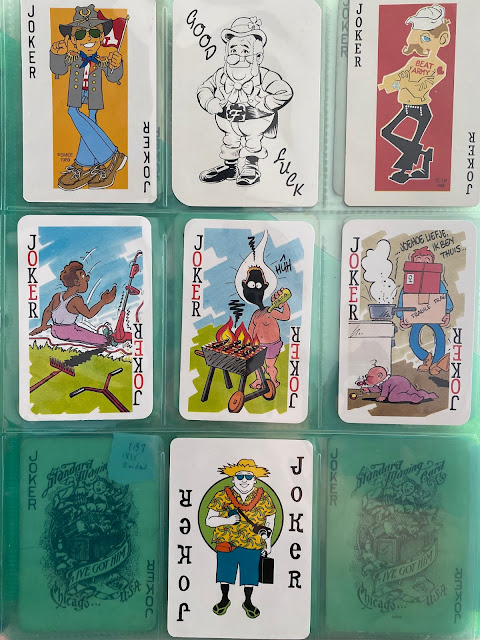 Why not look next at some closely related sections such as American Historical Figures (this article), Modern American Politicans, Cowboys,  Native Americans. American travel jokers  (which have American sites but not people), and entertainers like Elvis, film people, musicians, or Sports Figures.
Posted by Johne at 12:17 PM