I use to be irritated by clown jokers. I thought they should have jesters on them. But through the years, my sensitivities have changed and I'm now a fan of clown jokers. Which is good since I have a ton of them.

This first set is classic old clown jokers of which three are on the Joker Poster printed by the Playing Card Museum. 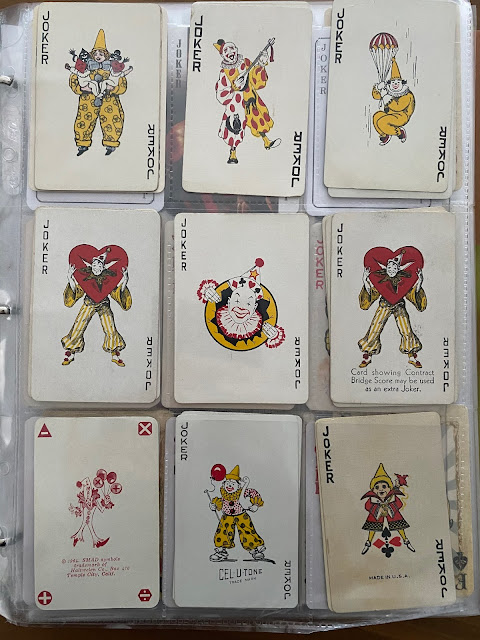 The next page is just clown heads which is scary not so much because of how terrifying they are but there are also some clown heads in the Heads section, a detail that needs attention.  I should either have a clown section inside the heads or a heads-only section in the clowns. To be continued.... 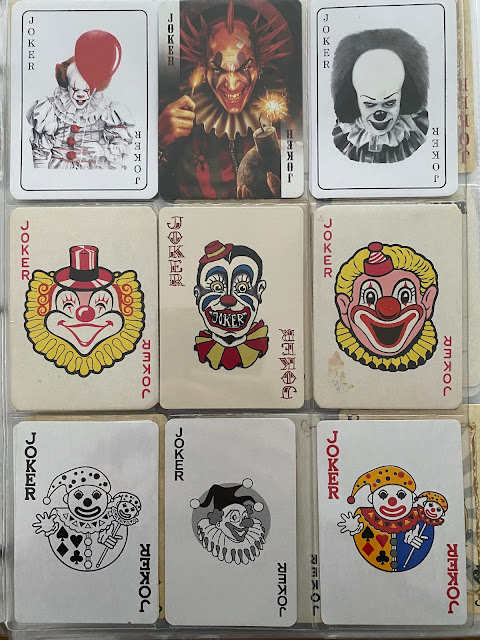 Some of these are legitimately old such as the middle one which is a Steamboat deck made by Novelty Playing Cards in 1935 (which I know because he's 5G on the Joker Poster). 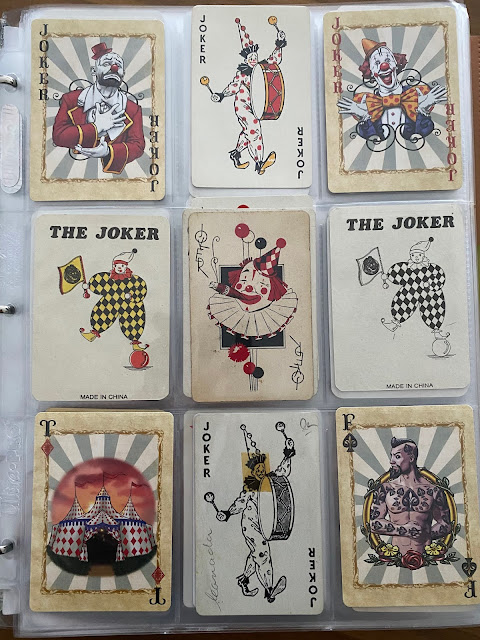 The middle row center below is also on the Poster as 8A. Printed by Criterion Cards for John High Company, 1932. The  bottom row left and right are 4I E.E. Fairchild, Rochester NY. 1910. 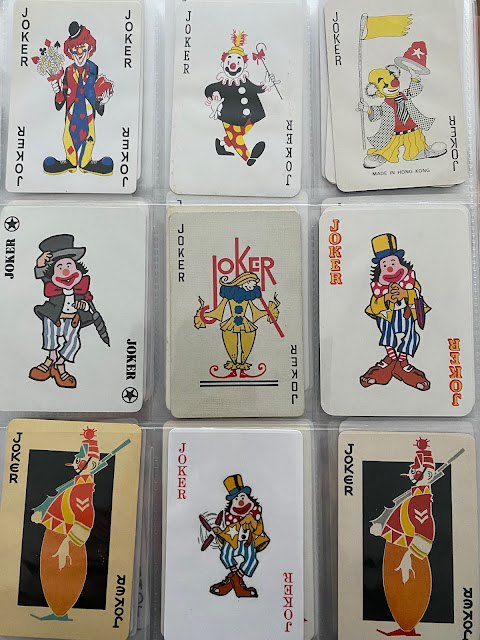 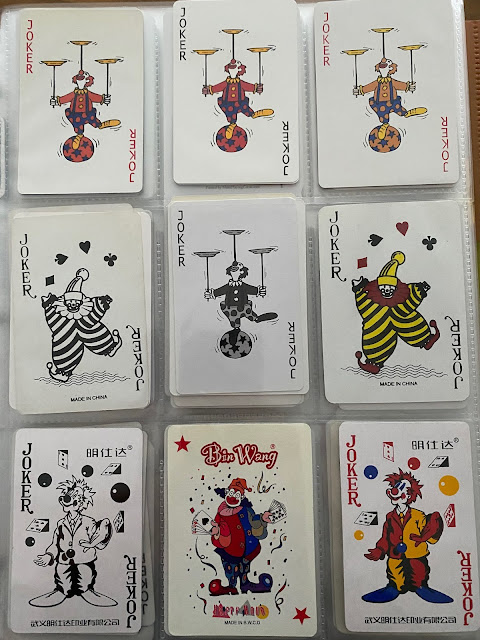 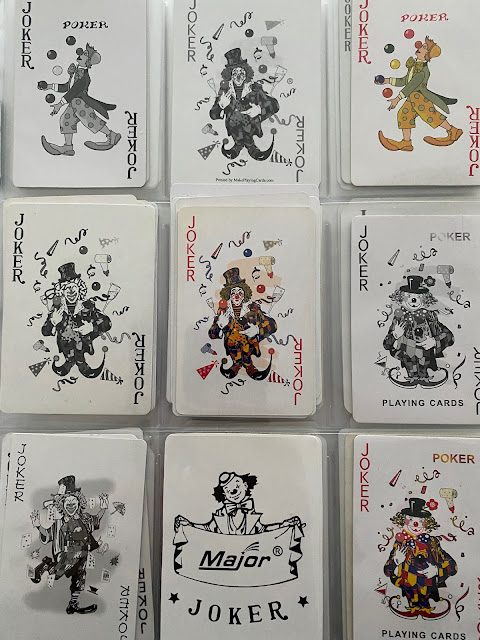 Top row right below is also on the Poster in the 2B spot. He is USPC for Barton Playing Card Co, c1960. His pair is top left. 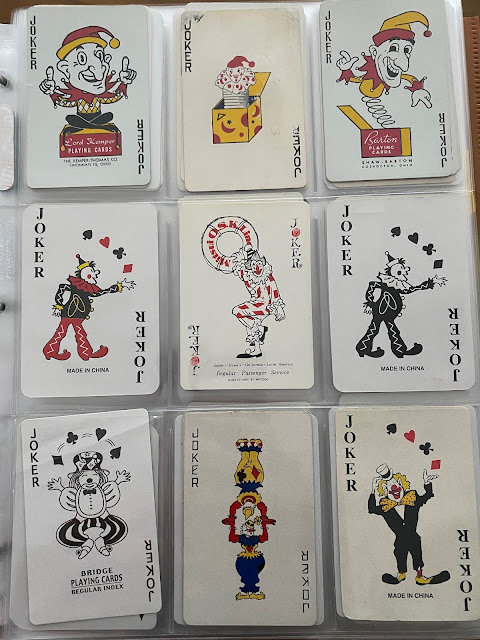 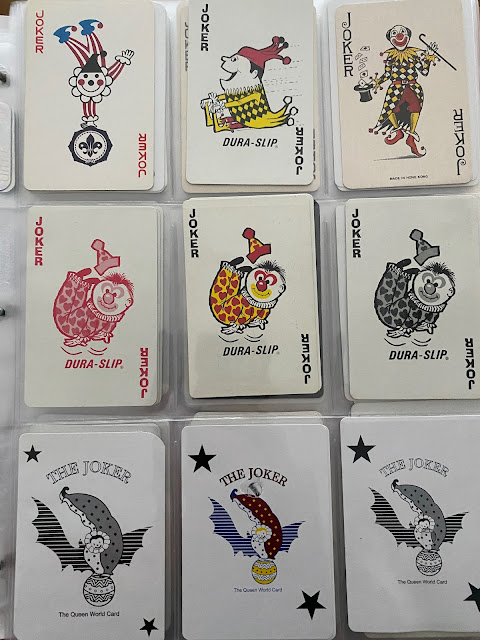 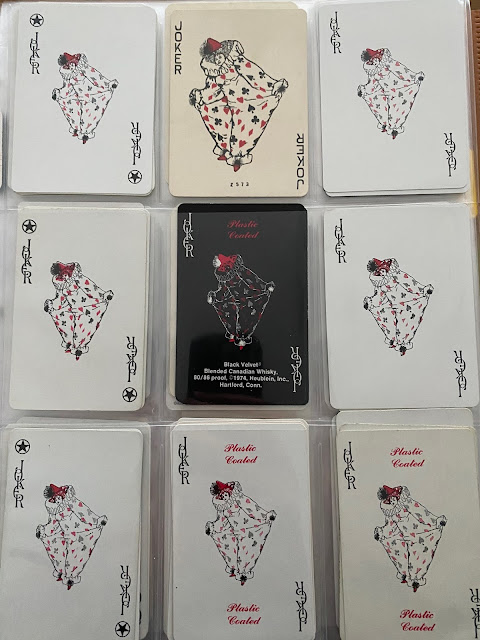 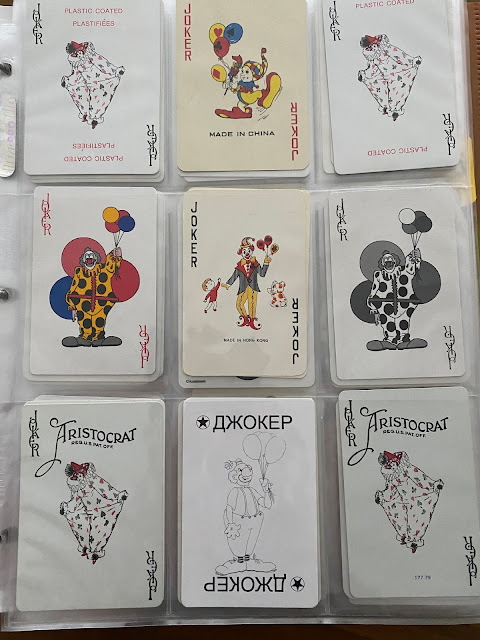 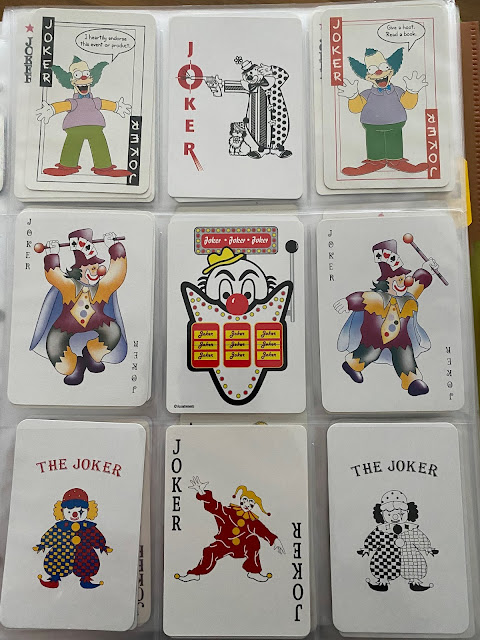 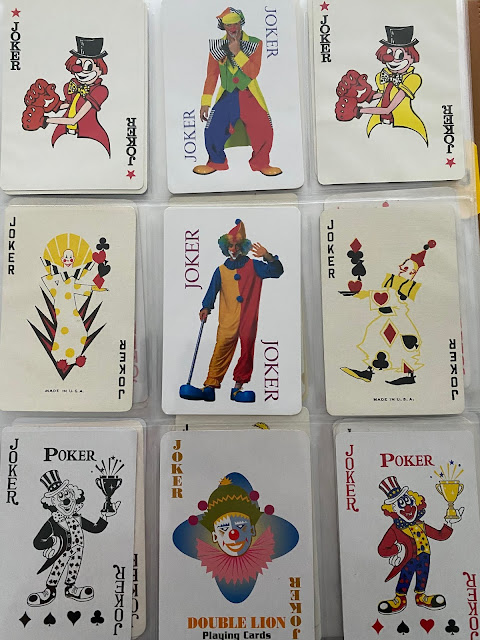 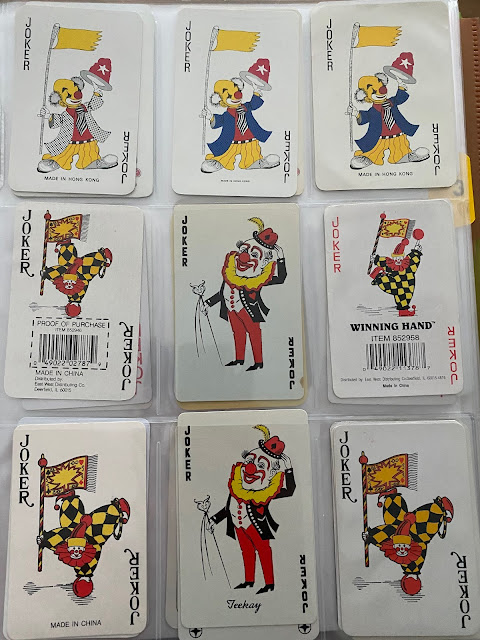 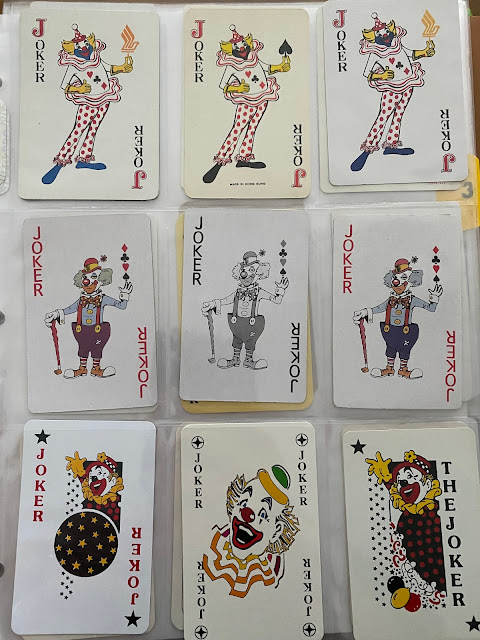 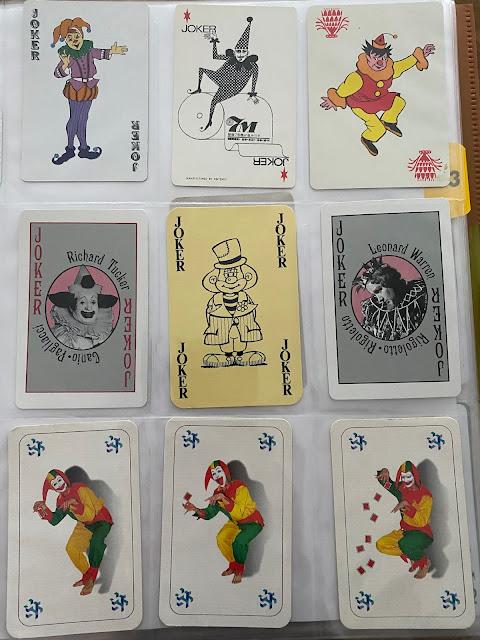 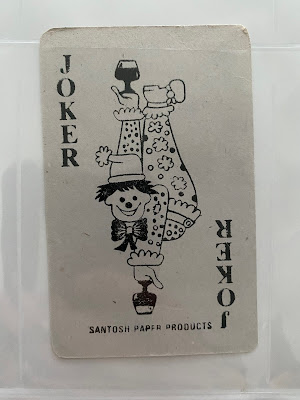 Where else can you find clowns in this collection?
Riding bicycles or unicycles.
In the clown / jester section of the two headed (topsy) section.
Some are in the heads section.