Charles Shultz Peanut's cartoons and characters are as big a cultural event as they get. I have 18 different Peanuts themed jokers.

This was part of the cartoon section of the joker card collection which has gotten to large so I've split it into subsections. 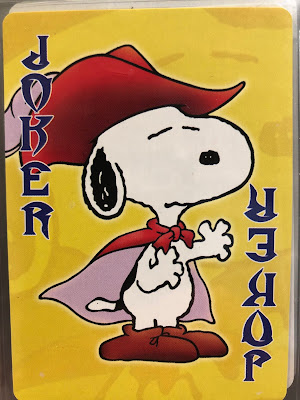 I'm starting with Snoopy jokers which I have a lot of. But even more than Snoopy the dog, I have Woodstock the bird. It seems odd  to me that of my 18 Peanuts jokers, only 2 have Charlie Brown on them. Eight have Woodstock, seven have Snoopy (two have both Woodstock and Snoopy ). One has Charlie Brown’s little sister Sally. Were the license fees tiered so Woodstock cost less? How much would it have cost to put Lucy on a joker? 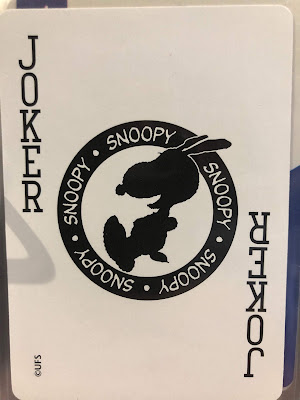 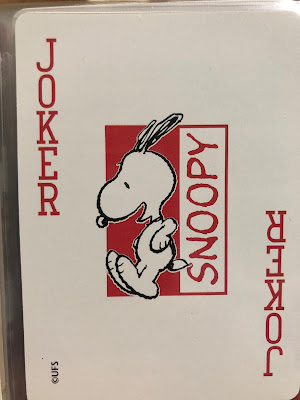 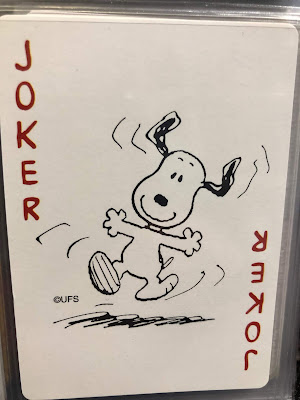 Is my memory correct, is this bird known as Woodstock? He turns out to be the most popular character to put on jokers. Why? 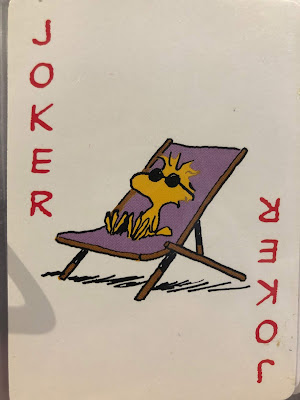 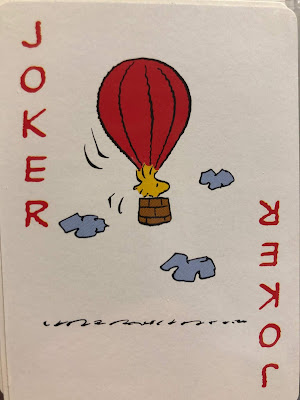 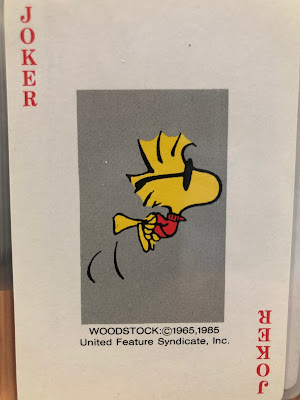 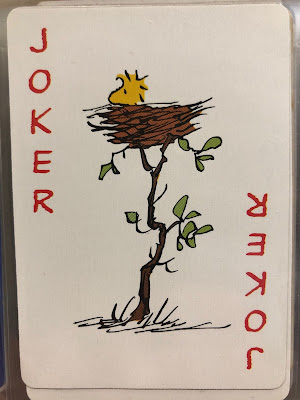 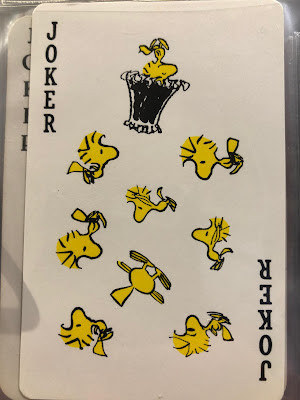 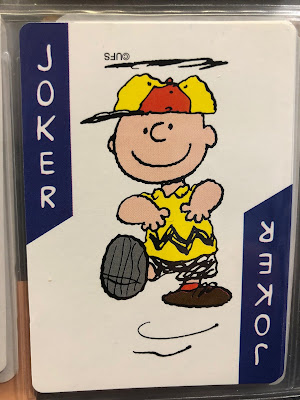 And now back to Snoopy! 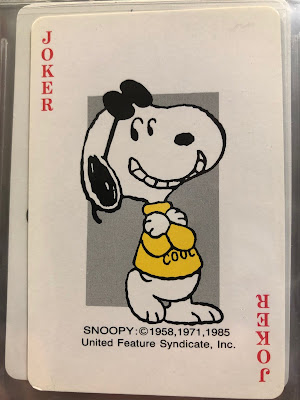 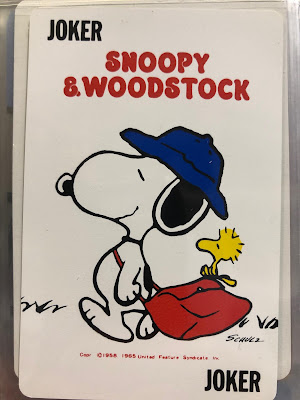 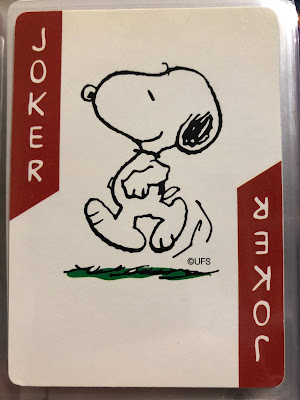 Now here are two that are kept in the Christmas section of the collection. 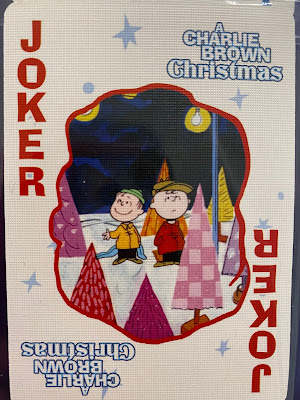 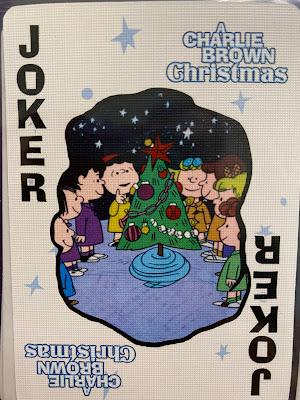 And here are the ensemble shots of my Peanuts (really mostly Snoopy and Woodstock) jokers. 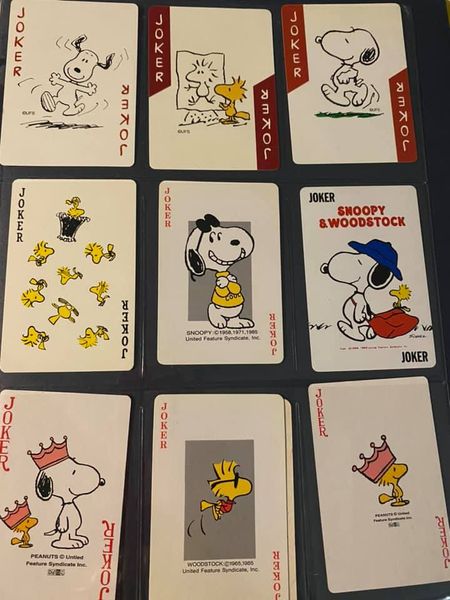 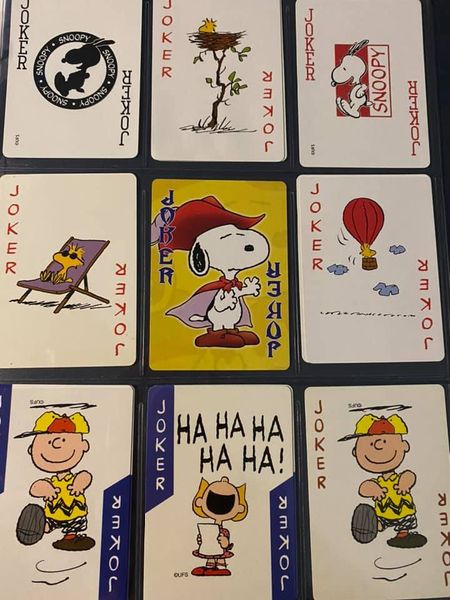 Related sections of the joker collection include: