I just purchased a fantastic Alice deck created by Prospero Art (who have lots of wonderful decks. I've bought 3 so far and will soon be going back for a dozen). Here’s the deck, more on them later (10-2020): 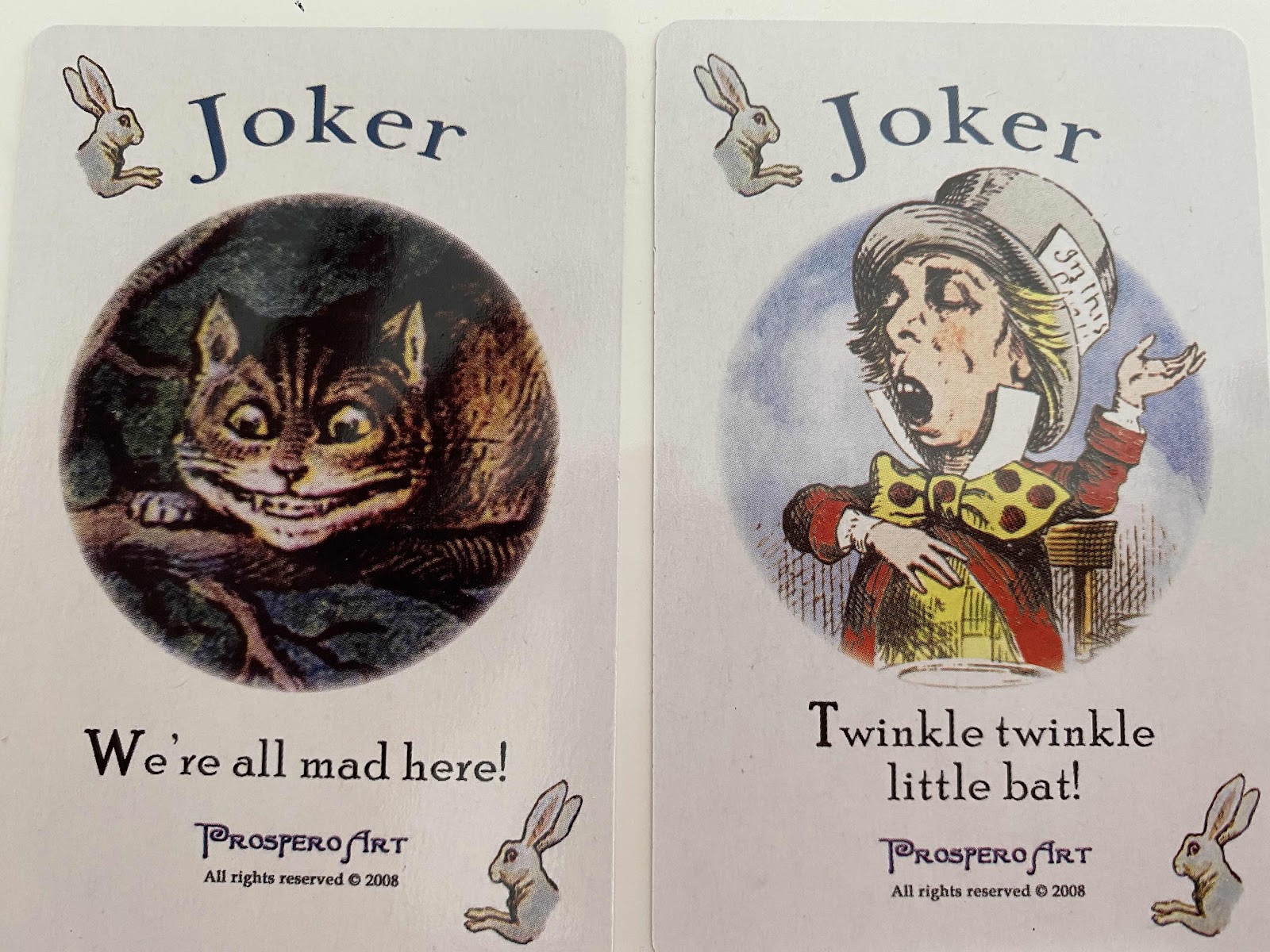 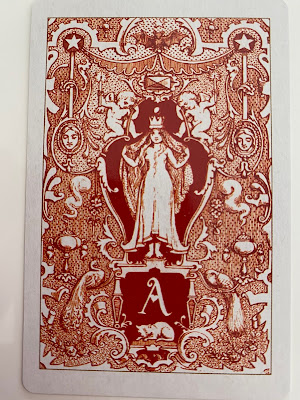 Quick update, 10/2019. I just bought an Alice in Wonderland Playing Card Deck entitled "We're all Mad Here" created by ASVP. It’s lovely. Marked 1865 on the cover (the date the book was published), the deck might be using much of the original book’s artwork. 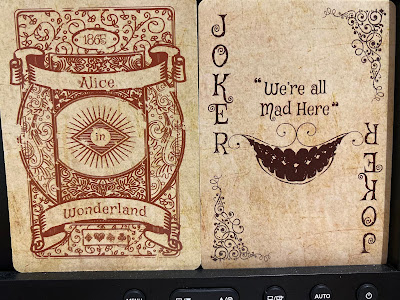 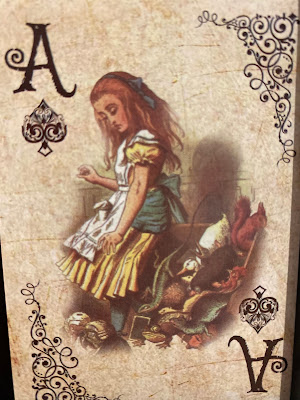 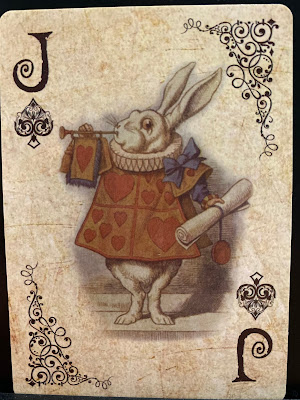 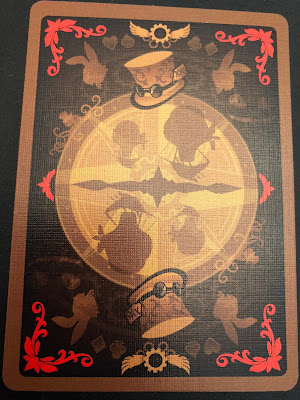 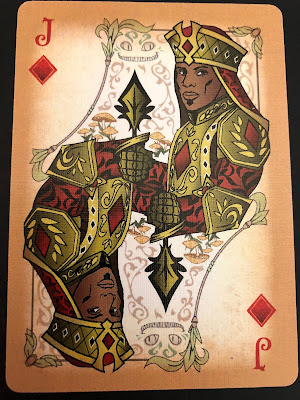 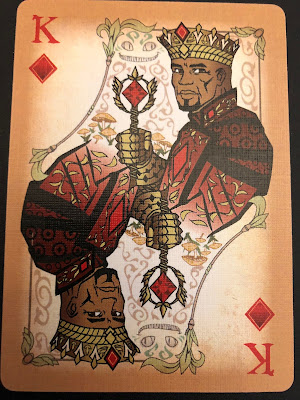 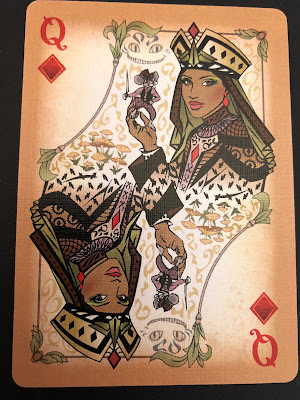 Here's an inventory of some Alice Playing Cards
The next picture is not of a playing card.  This morning, I opened my Alice in Wonderland deck partially because last night for Halloween, we dressed up as Alice and Mad Hatter. Wifey was Alice, I was the Hatter.   We won first prize for costumes at a neighborhood party. I'll probably be scraping greasepaint off my face for a week but it was worth it in that Wifey liked how she looked as Alice (actually, when she wasn't next to me, people thought she was Dorothy from Oz). 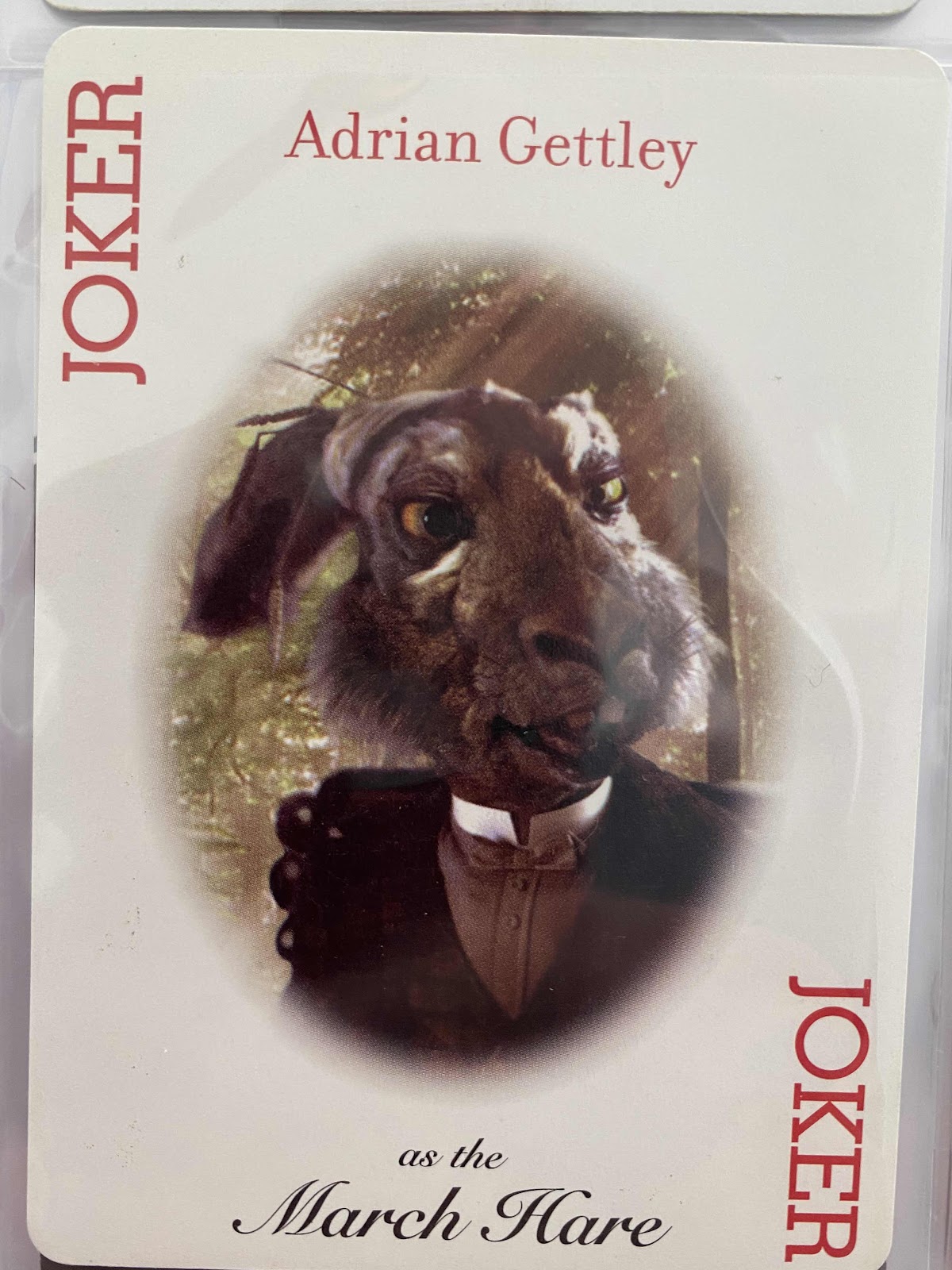 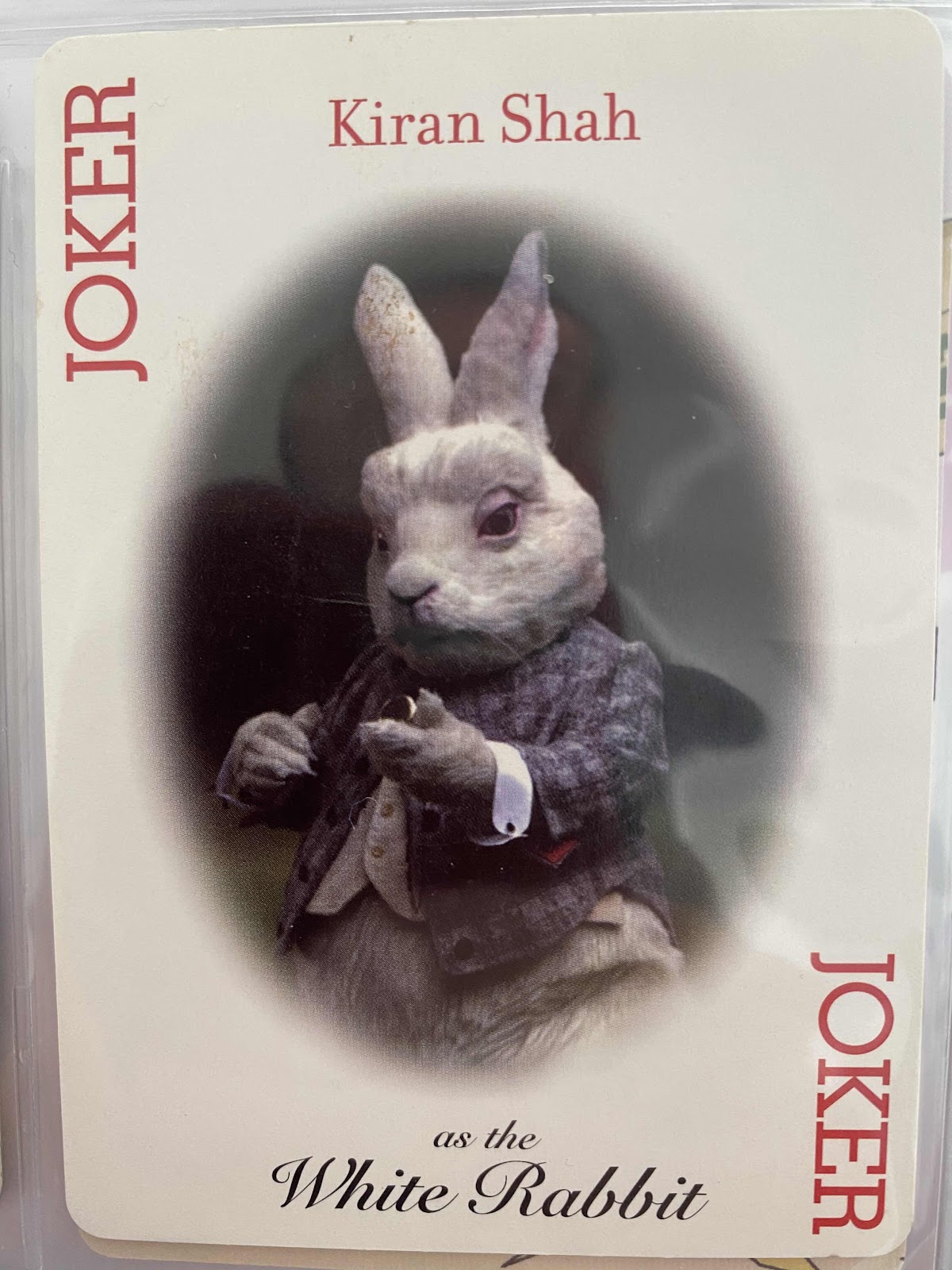 The top left and right one here are from Penguin Magic (I think). 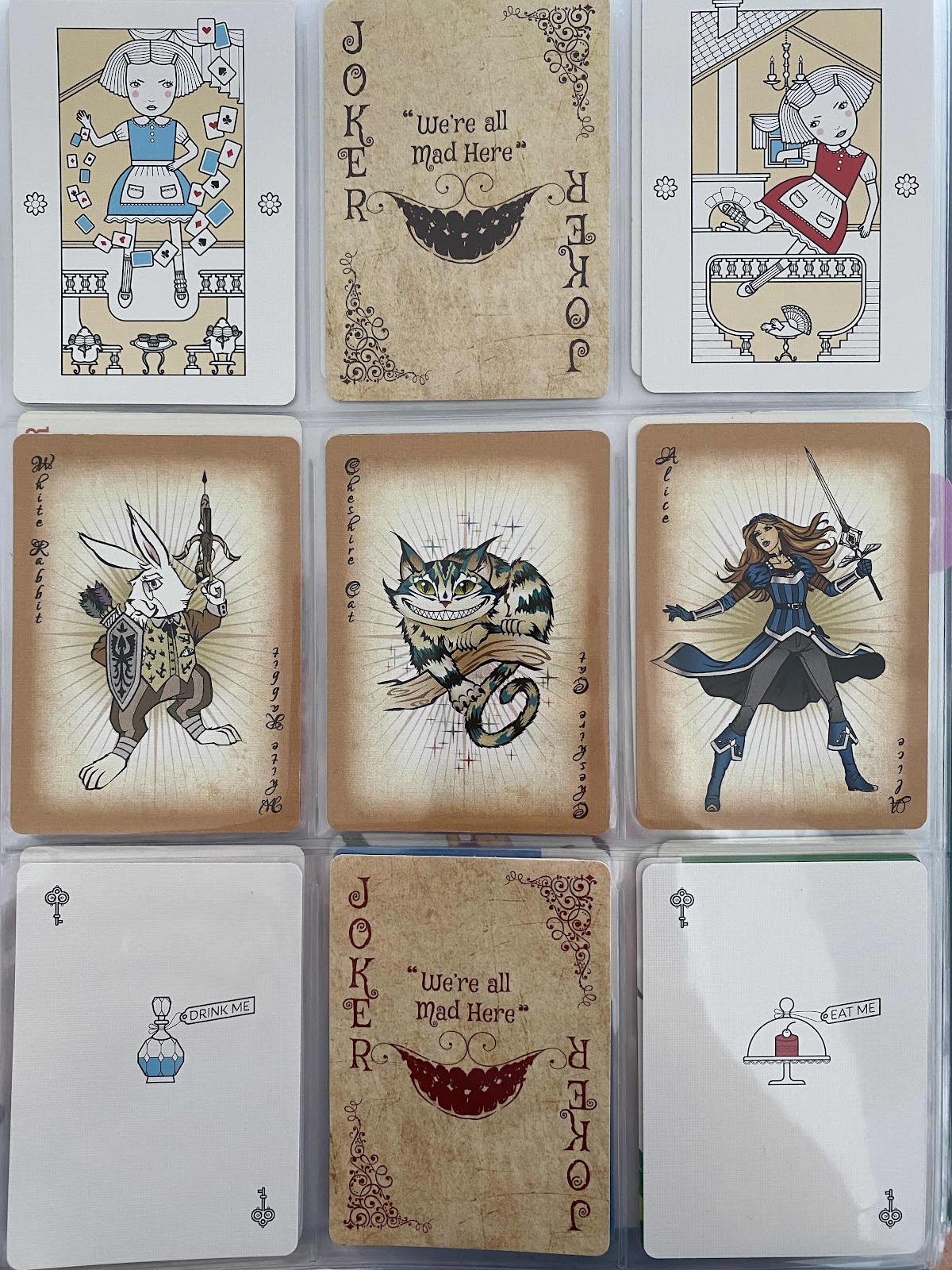 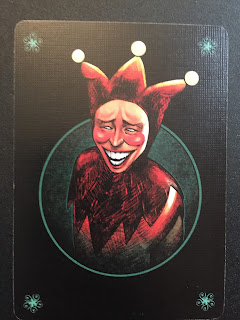 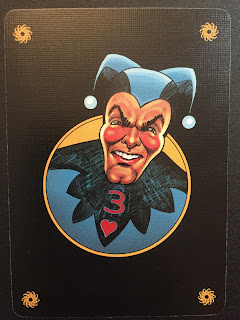 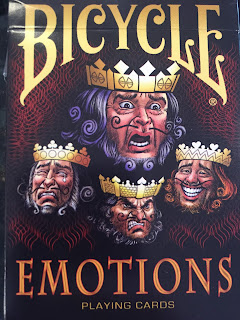 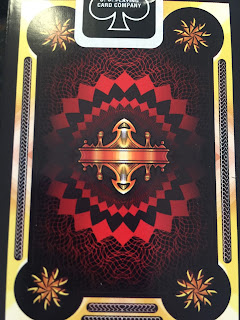 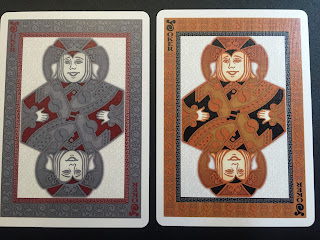 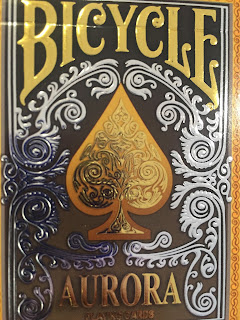 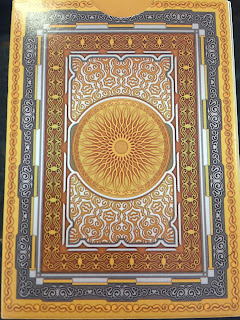 The travel section has broken into several joker subsections, bon voyage!
This article shows the vehicles subsection of the travel section.
Let's start with some vintage modes of transportation, say a steam ship joker!


While not exactly a common mode of transport, this rocket man is going someplace.

The next is another classic sailing ship. As soon as I have some time, I'll figure out the difference between one, two, and tree mast ships and how they are rigged so I can use a more precise term than a sailing ship. Perhaps something like a clipper or schooner. Below this joker,  I've provided an image of the back of the joker. 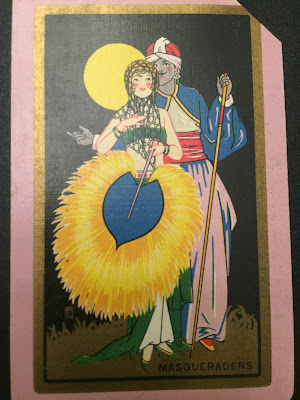 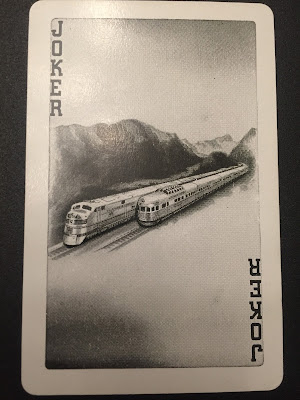 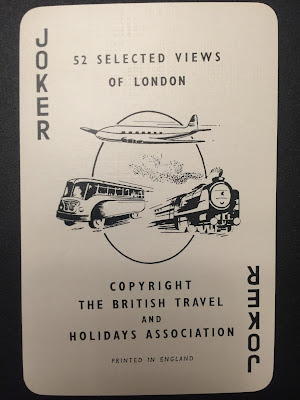 Here's a set of 9 travel jokers either with maps or scenery.

The travel subsections is now organized in  subsections! Bon voyage!
Here's a link back to the overall joker organization.
Posted by Johne at 8:21 PM 2 comments: