This sea and creepy creatures is a new section created from the animals miscellaneous joker section.  It's a good test of our understanding of the genus and genius of the animal kingdom. First, fish jokers! Carp and comet! 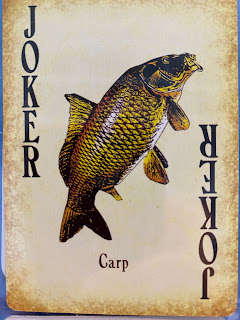 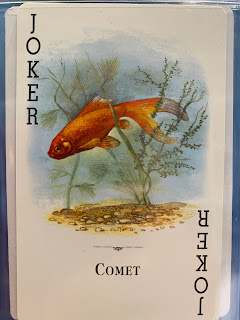 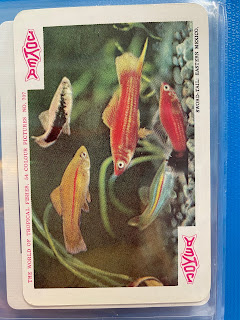 Moving forward, many more fish but no more diversity. 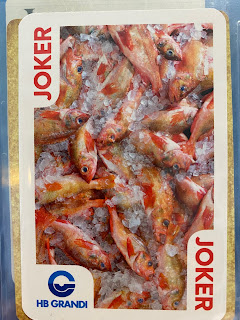 Enough already with the fish, those same old fish. Land ho! Who swims and then crawls (hops) around on land? These would be frogs, amphibians. 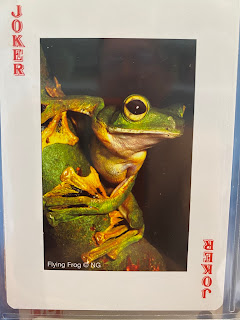 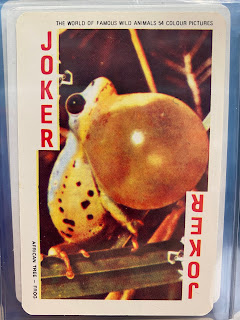 Are fish, amphibians, and reptiles related? Obviously, none of them are mammals and viewed from this mammals perspective, they are creepy, crawly, slimy, and spooky things. Here's a newt, a type of lizard. I had a red bellied Japanese newt for years in the family aquarium. He would swim to the surface many times a day to get air. He outlived by several years all the angel fish, catfish, black mollies, and neon fish that were acquired at the same time. 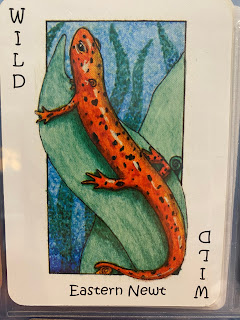 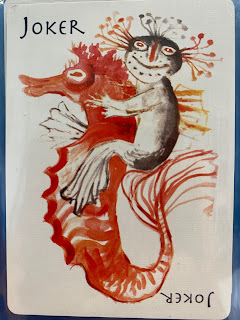 And an apatosaurus jester joker! 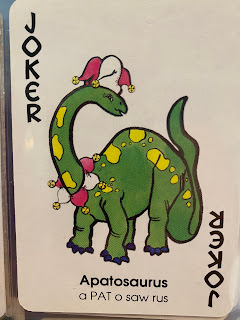 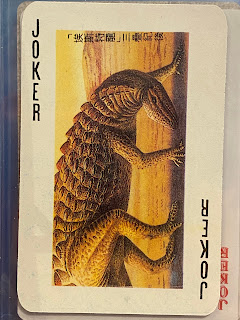 A shark! Sharks belong to the Phylum Chordata and the Sub-phylum Vertebrata. Want to know more about shark taxonomy? 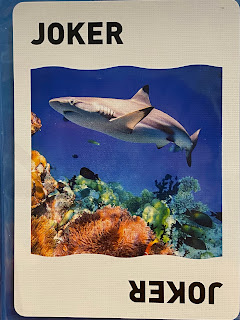 Could this be a seal? Porpoise? 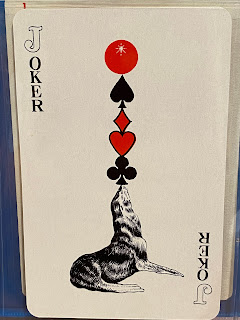 Sea shells! Seashells are the exoskeletons of mollusks such as snails, clams, and oysters. Shells are composed mostly of calcium carbonate with only a small quantity of protein--no more than 2 percent. These shells, unlike typical animal structures such as bones and tusks, are not made up of cells. 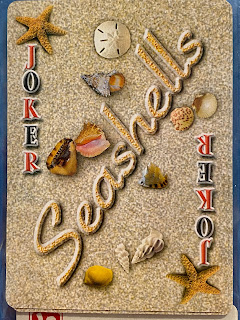 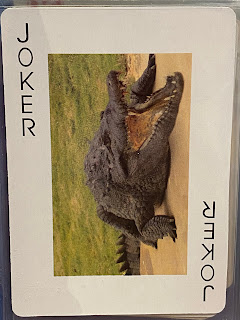 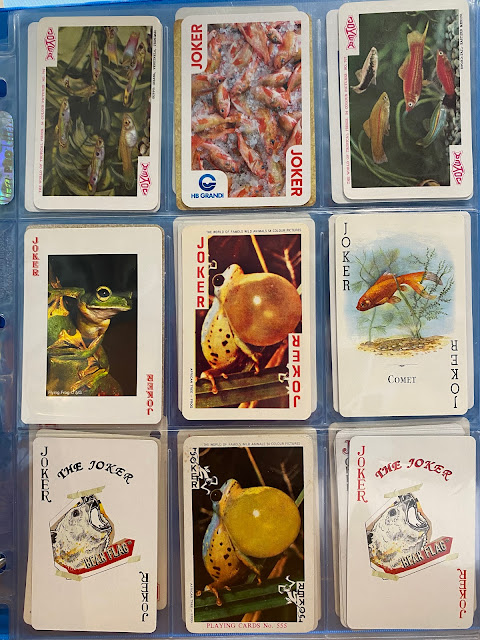 And here are the back of those fishy cards. (remember, the backs on the left are from the jokers above on the right. Think about turning pages in a book!). 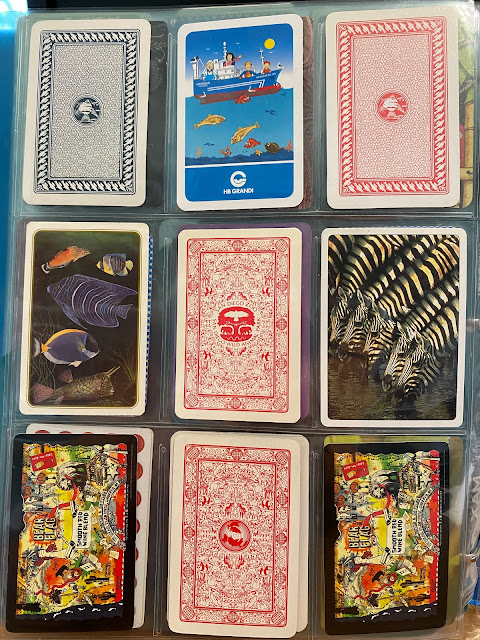 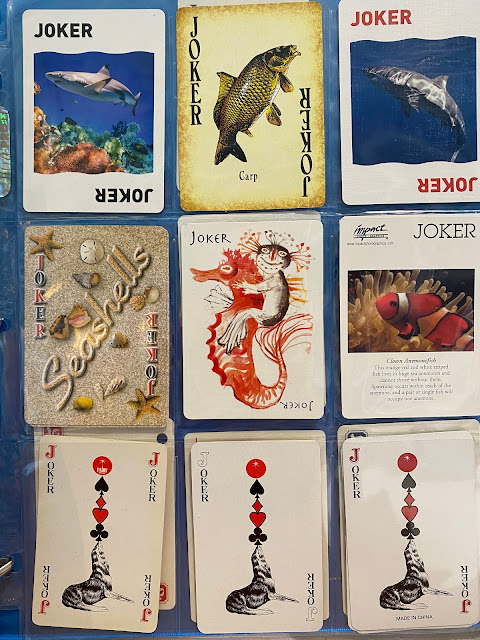 And the backs of those sea creatures. 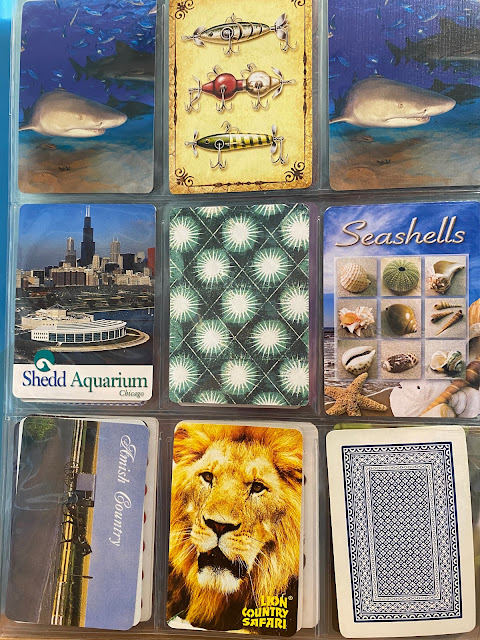 Here's jokers that include reptiles, insects, and dinosaurs plus a matador doing something unclear. Perhaps unsavory. 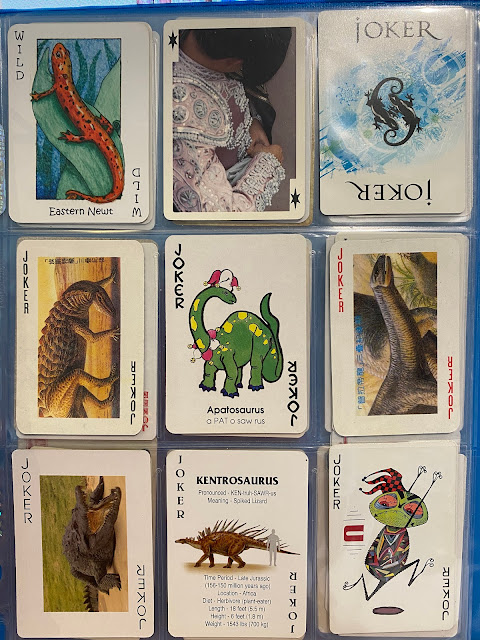 And here are the backs of those jokers. Notice the one in the top left above, the Eastern Newt. You can see the back of it on top right below. Wild! It's from one of transformation decks by Peter Wood. They are copyrighted by Newts Playing Cards 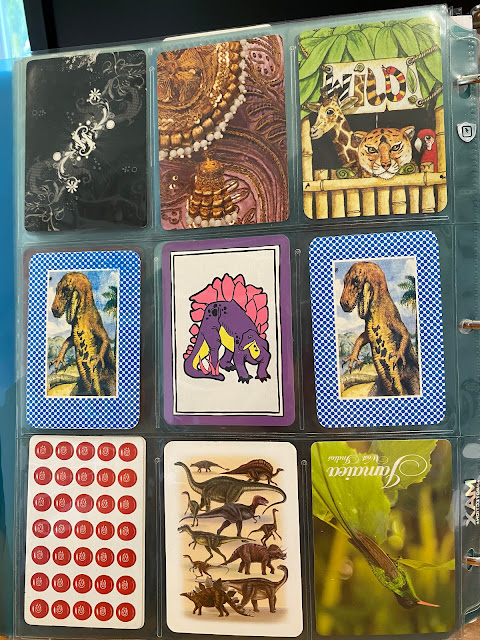 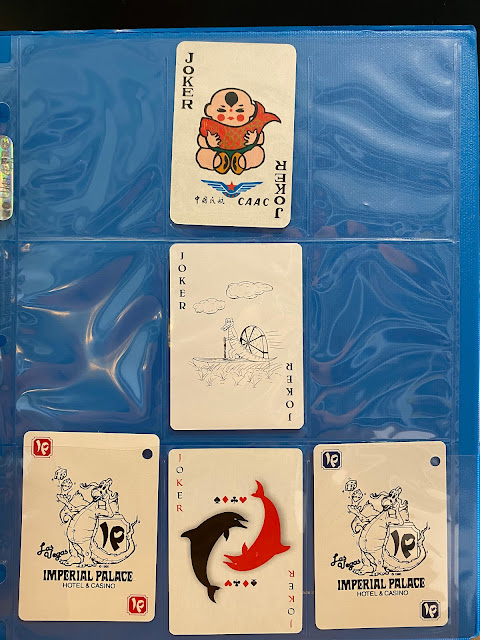