As I understand it, a transformation deck of playing cards builds the identity (such as four of clubs) into the design of each card. It's a very special art form.

I have two transformation decks that I bought from Peter Wood from the UK. I have a 2000PIPs and Wild!  The box of each deck is signed by Peter Wood himself.

Take a look at how beautifully Peter Wood has worked the pips into the design for each of these cards in the 2000PIPS deck. 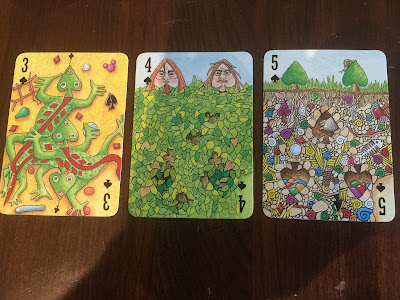 In the Wild! cards,  the pips are again woven into the card designs. But the designs are a little simpler and are themed to cover the animals.  They are copyrighted by Newts Playing Cards at NewtsCards.com, a Playing Card Superstore (sic). 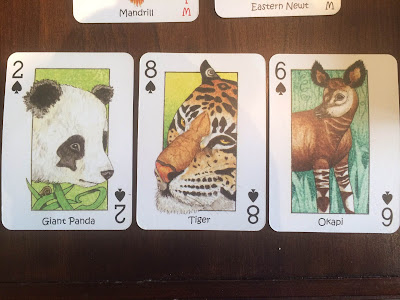 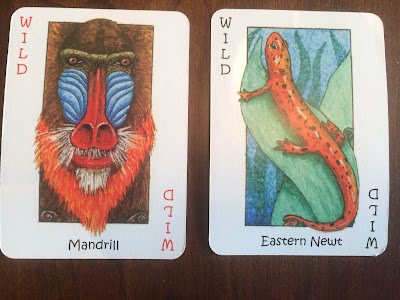 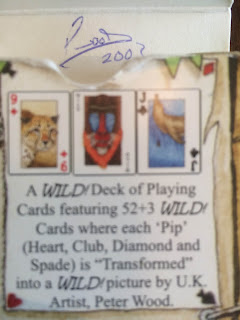 Here's a transformation deck that I added to my collection in late 2019. It was purchased from the Gamblers Warehouse. It was published by Sunnish Chabba and Ishan Trevida of the Guru Playing Card company, Melbourse Australia. It's a tribute (does this mean reprint?) of "the beautiful work of Garnet Walch & George Gordan McRae titled "On the Cards. Or, A Motley Pack. A Christmas Annual published in Melbourne in the year 1875..." 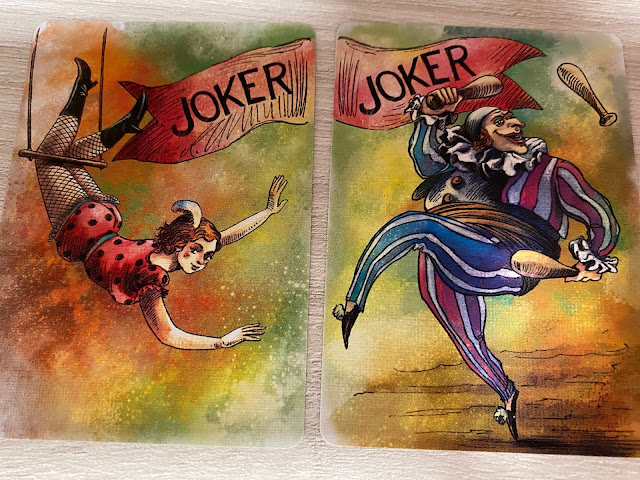 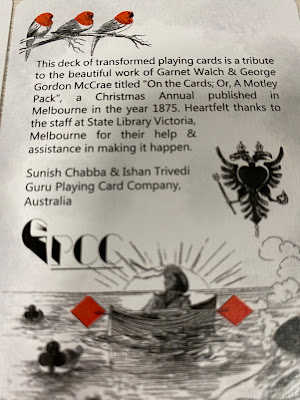 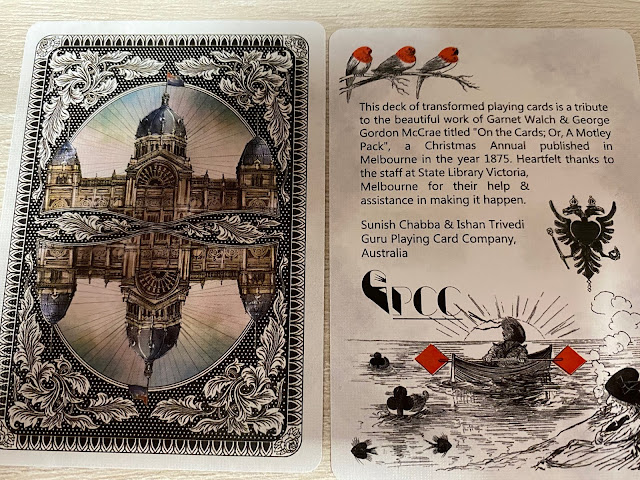 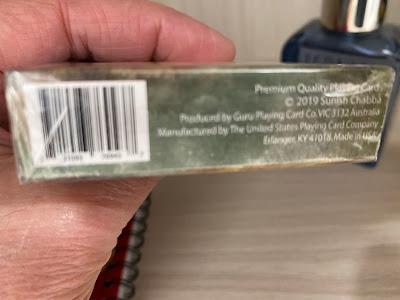 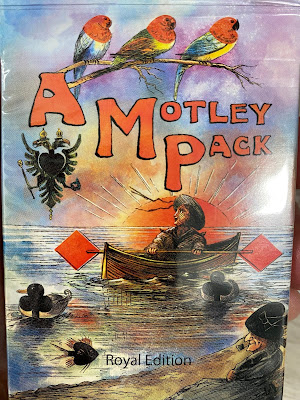 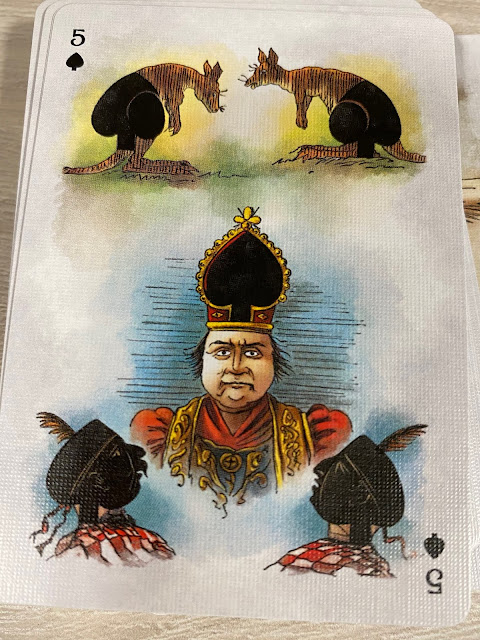 There are degrees of transformation decks....

I have several more transformation decks but Peter Wood's were the first I bought and the 2000PIPS deck is my favorite. It turns out in the esoteric world of the challenge of design tranformation decks, there is room for fine distinctions and for people to declare the concept of "so called" and "true" transformation decks.

For instance, the description of my Circus Transformation Playing Card Deck by F Robert Schick (1924-1988) says:  "..in designing this true Transformation Deck, the artist has exercised no poetic licence whatsoever with manipulating the sizes, placement or shapes of the 'pip's unlike some of the few "so-called" Transformation Decks which have been designed in recent years.'

Stay tuned for my article about  my Circus Transformation Playing Card Deck by F Robert Schick
Posted by Johne at 1:46 PM