YO! THERE'S A NEW UPDATED ARTICLE ON FAVORITE JOKERS.

These three are among my favorite playing card jokers. They're all classics or minor variations on joker classics.  On the far right, there's the jester bust  holding his bauble or jester stick. Lets call him Floater. In the middle, there's the newly colorized Bicycle joker.  And on the left, there's a jester on the globe scattering cards all over. ScatterMan! My favorites:.

The next one is a new one to my collection. He is a very cool joker dude. His deck back is also minimalist. I believe that he is one of the new collector decks that are being put out regularly by the US Playing Card Company. 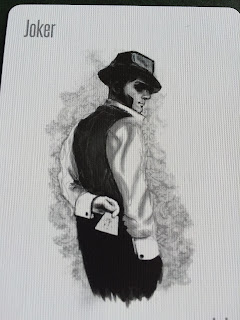 I think these two are among the most beautiful jokers. They also are faithful to the joker tradition using the card elements and the jester.  They are designed by Peter Word, a British article and card designer. They are from transformational decks. 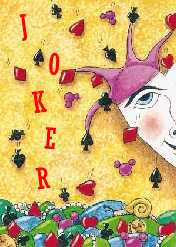 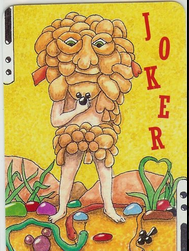 Here are some more favorites. 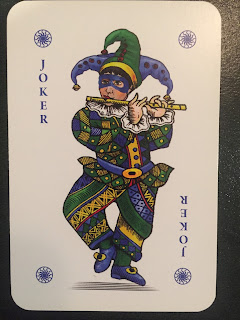 This joker was designed by me. Not that I'm an artist or have skills. I sat with the designer and told her (Juliana) what I wanted. It's in the topsy turvy tradition where there is no upside own.   Note the variation on the traditional jesters wand or bauble: the cat has a mouse head and visa versa. 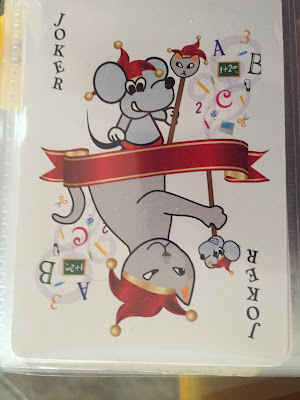 This cat and mouse are in the VSC Hangman Online Hangmouse game. Highly recommended!
Also in this post, I thought that I would call out some previous posts such as:

More Jokers on the Wall