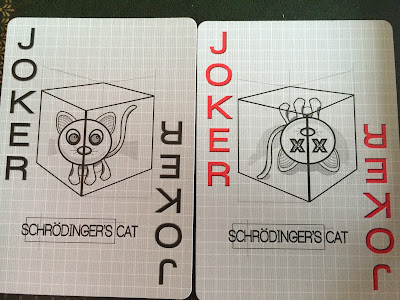 These playing card jokers are from a science deck of cards. The jokers feature Schrödinger's cat. Schrödinger's cat. Schrödinger's cat? Schrödinger's cat   is a thought experiment, sometimes described as a paradox, devised by Austrian physicist Erwin Schrödinger in 1935.[1] It illustrates what he saw as the problem of the Copenhagen interpretation of quantum mechanics applied to everyday objects. The scenario presents a cat which may be simultaneously both alive and dead,[2][3][4][5][6][7][8] a state known as a quantum superposition, as a result of being linked to a random subatomic event that may or may not occur. The thought experiment is also often featured in theoretical discussions of the interpretations of quantum mechanics. 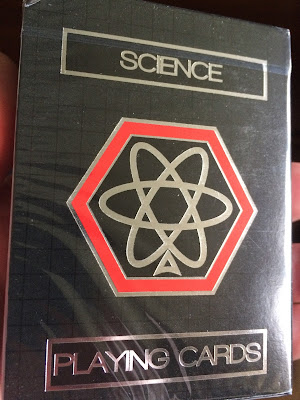 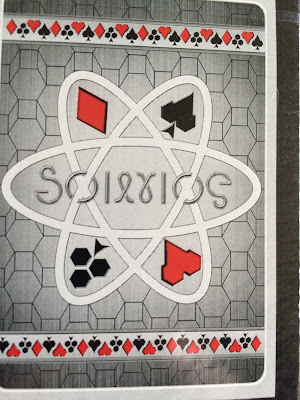