Marie Ryley posted this great article on Facebook about the history of the joker, the ace of spades, and taxes on decks of playing cards. Reposted here with permission and my images of my cards added.

I like it since a common question is: "What is the history of the joker playing card?" 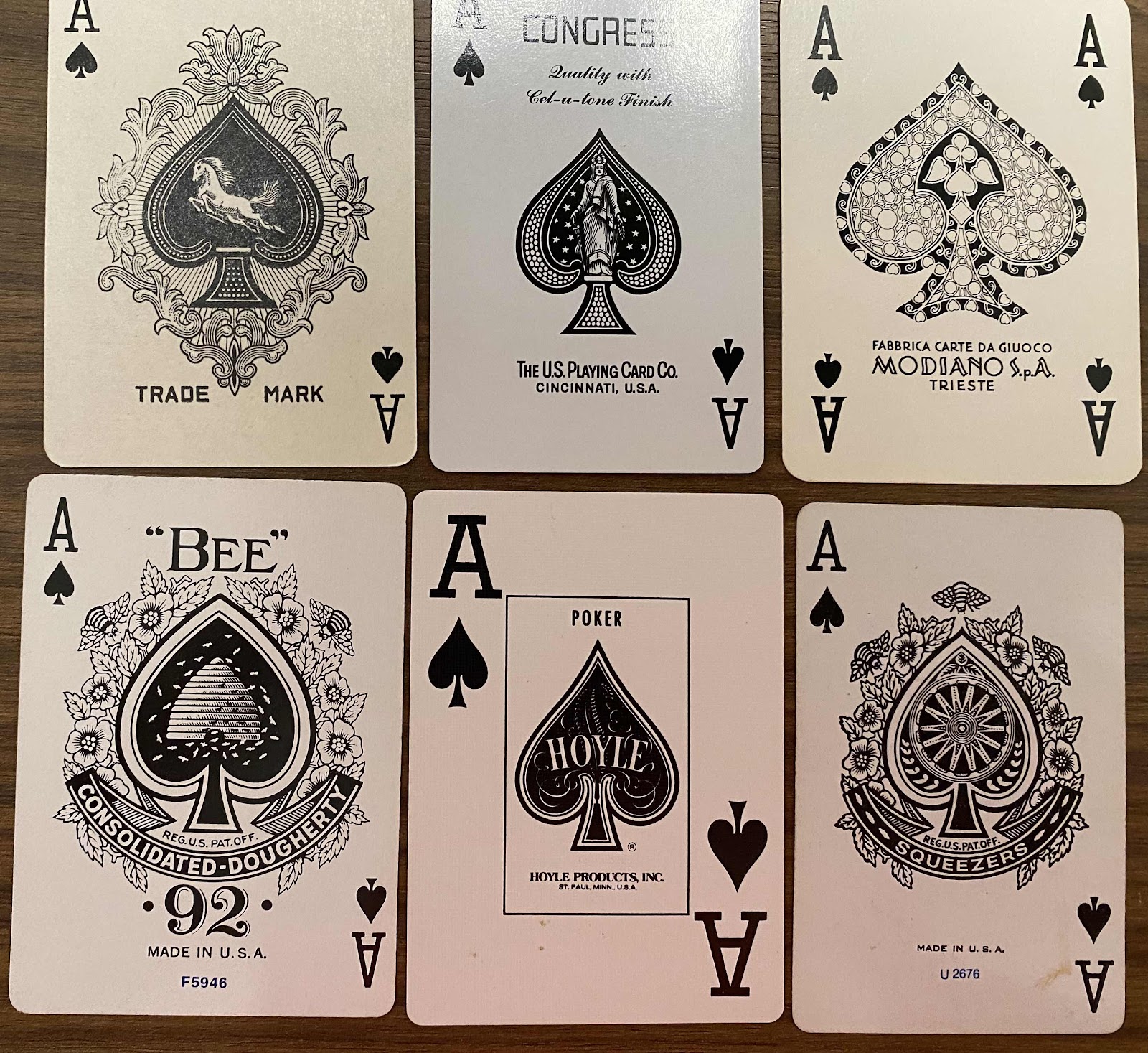 But I am primarily a visual thematic collector who loves the fool's errand, the mission impossible, the mental game of systematically cataloging and organizing jokers visually despite knowing that it's not possible. What a puzzle.  Click to see my overall organization of jokers into ten graphical themes.
Posted by Johne at 10:39 PM No comments: