I’ll start with a particularly lovely joker and mermaid who just this week (11/20) joined us from eBay. 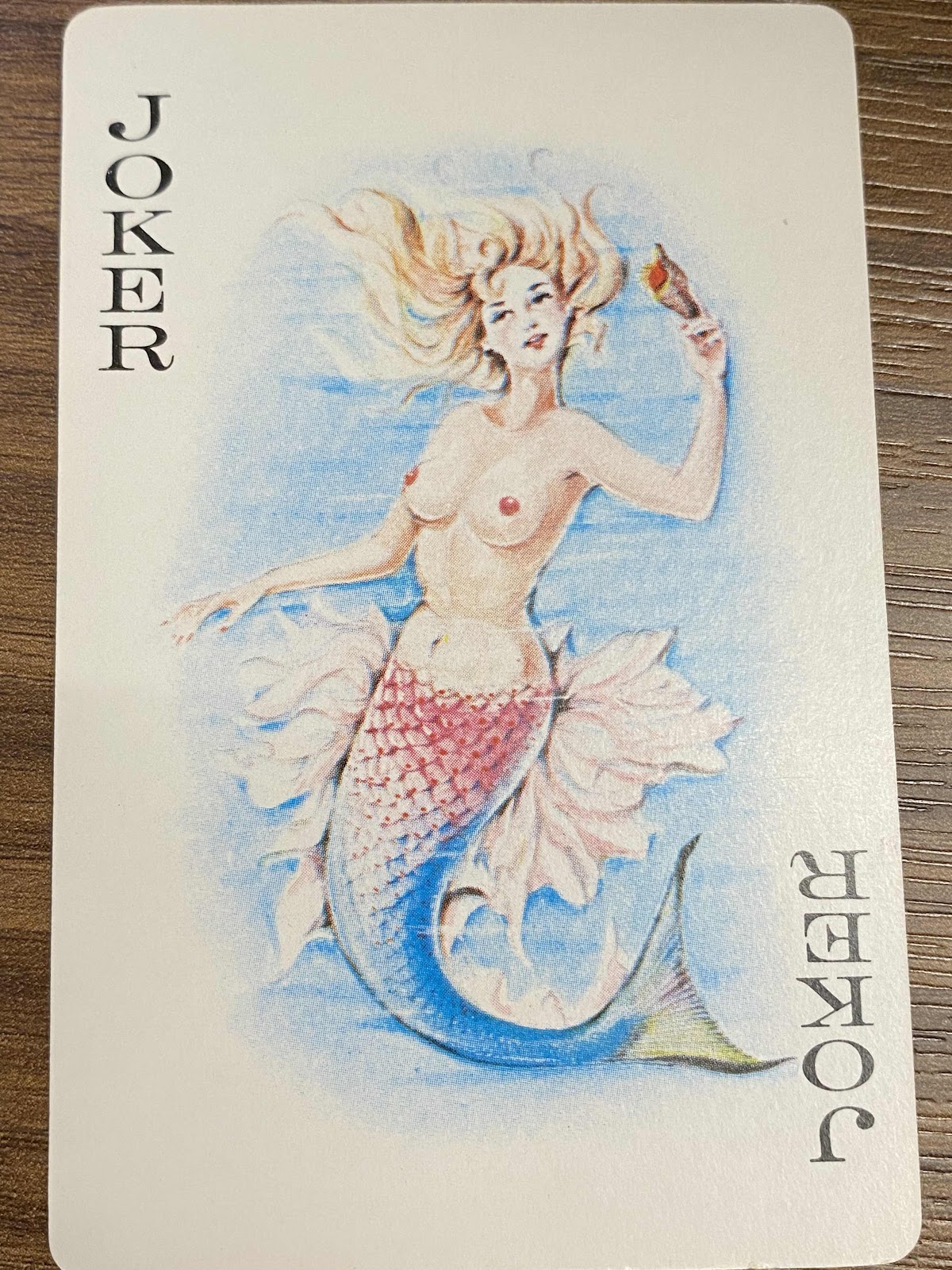 This next one hadn’t even arrived yet but I’ve paid for it on eBay: 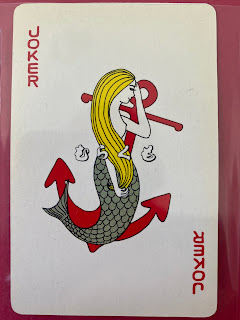 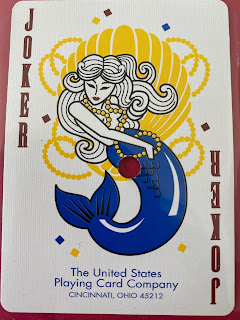 This next one is definitely my favorite. Very 50s fantasy, reminds me of the old film South Pacific. 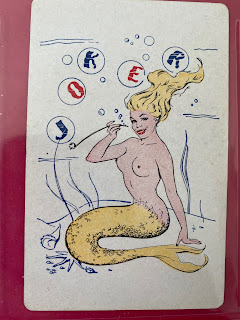 A two tailed joker? Must be time for a Starbucks coffee. 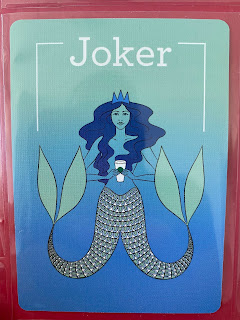 Very colorful and a full robust tail on this lovely. A full head of hair too. 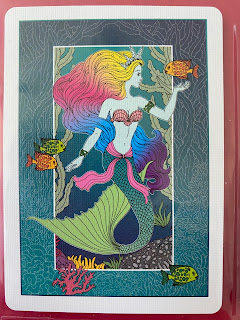 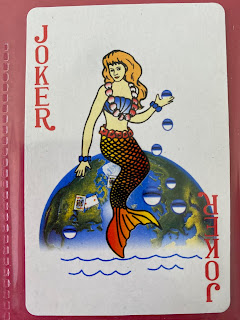 Here are the mermaids that I've collected in one space. 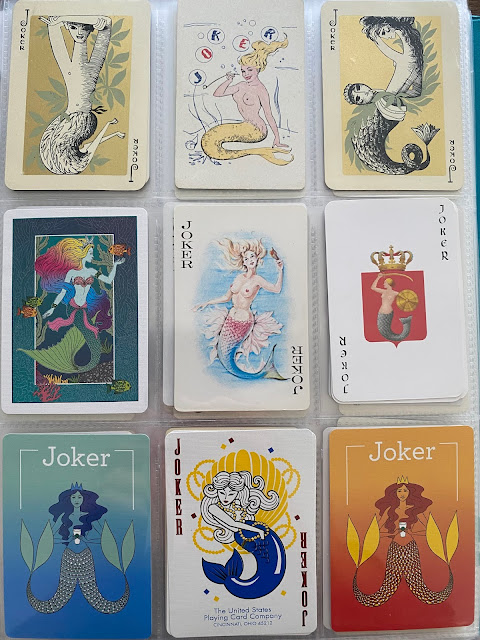 There is one mermaid that appear to have human legs. hmmmm 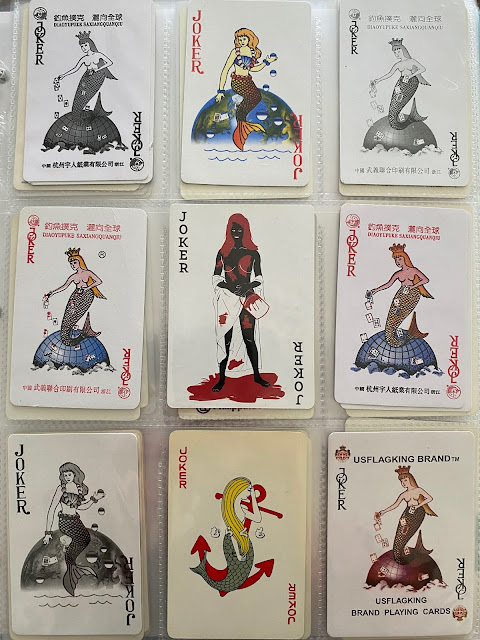 As I've mentioned, I think there are more mermaids elsewhere, perhaps in the statue section (or the travel section, I think I have a photo of the Little Mermaid from Holland). Found it! 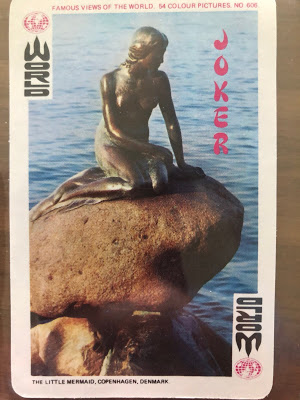 I just found this pair of mer people in, would you believe, the juggling section! 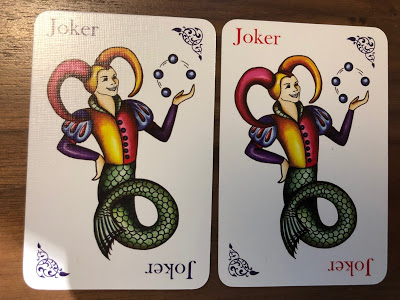 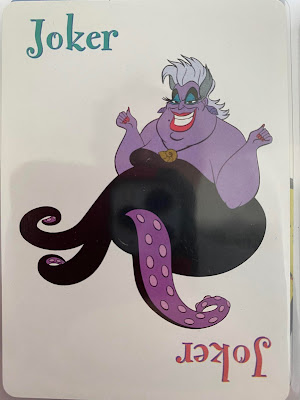 Here's  more mermaid jokers which could also have been in the musical category, wind section.  They are jokers by Nintendo. Note the Nintendo brand the restaurant promotion both below the creature and  on the banner.  Some are more fully customized than others. 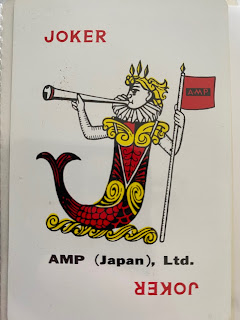 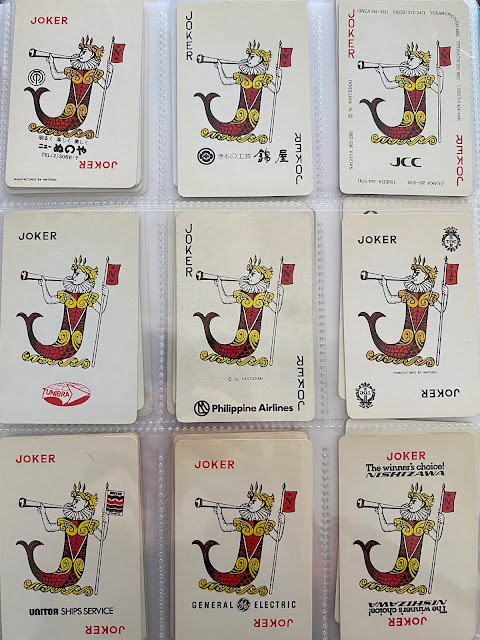 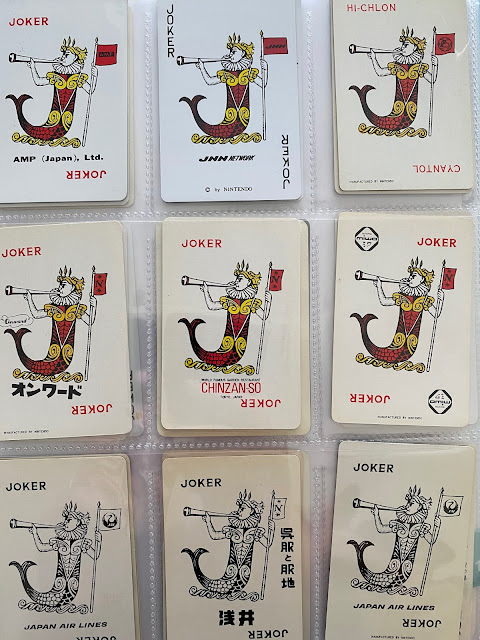 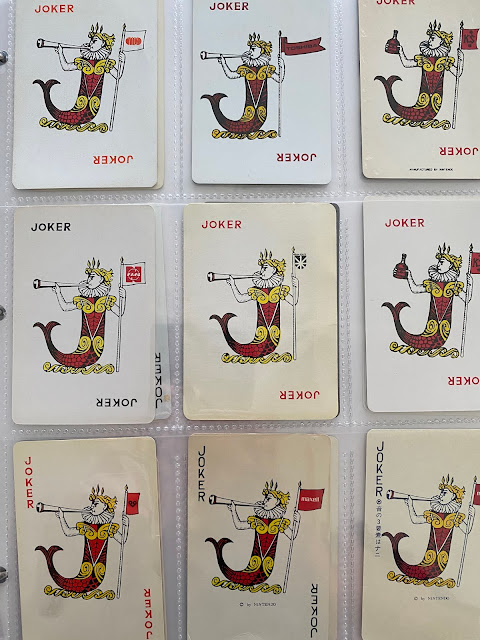