This site and my collection displays jokers of all sorts. Some jokers have people holding swords or guns. Some jokers are from decks given to US Servicemen with the "enemies" list printed on each of them so there are some real villains on those jokers. Some jokers present different races in ways that make me cringe and wonder about the basic humanity of people but they were typical of a certain time and milieu. Nevertheless, I collect them all.

This article shows the old fashioned American pornography which is basically girlie pictures mostly in the 1960s style: there's about 55 of these lovelies... 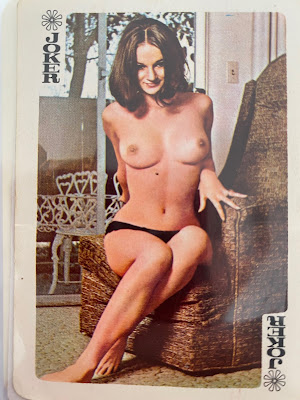 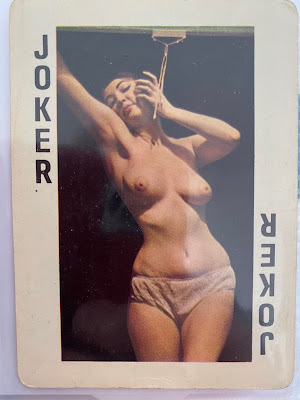 Here are the sets of 9 jokers which is how I organize and stores the collection. 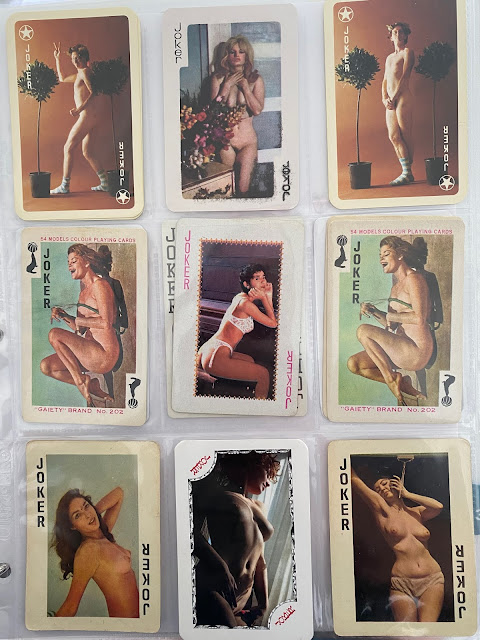 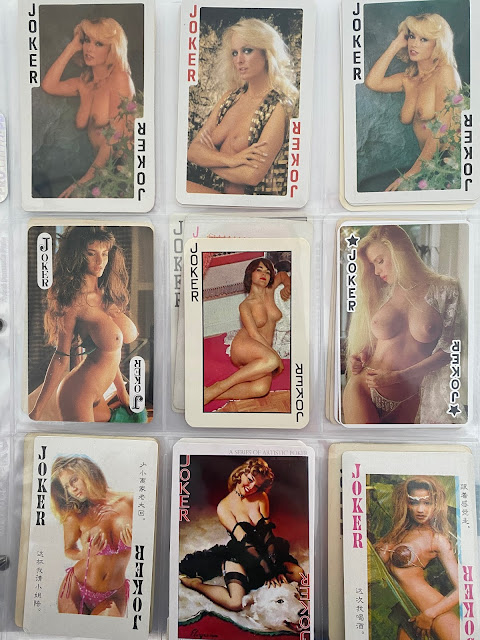 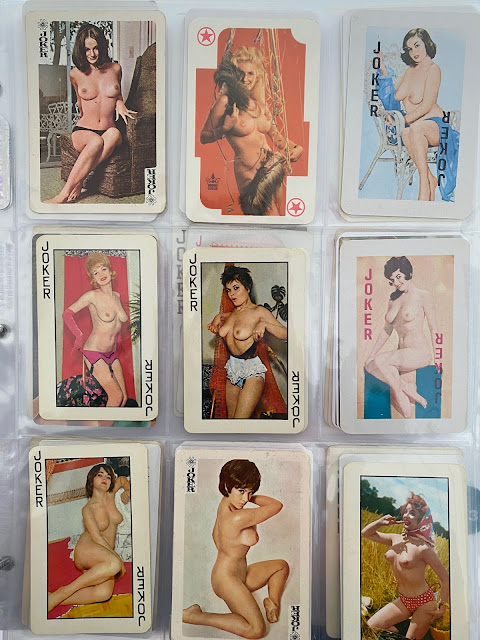 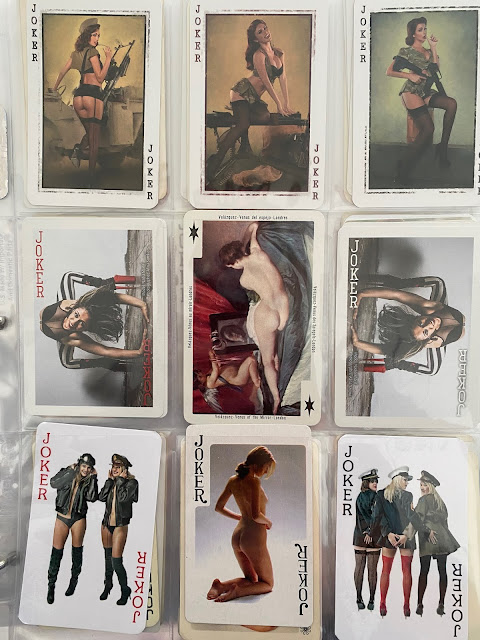 Astute observers might feel that the girls in the top left and right below are more illustrations than photographs and should be moved. I agree. 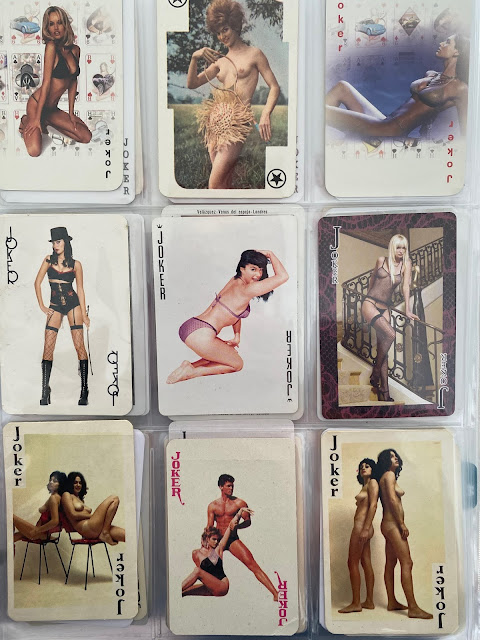 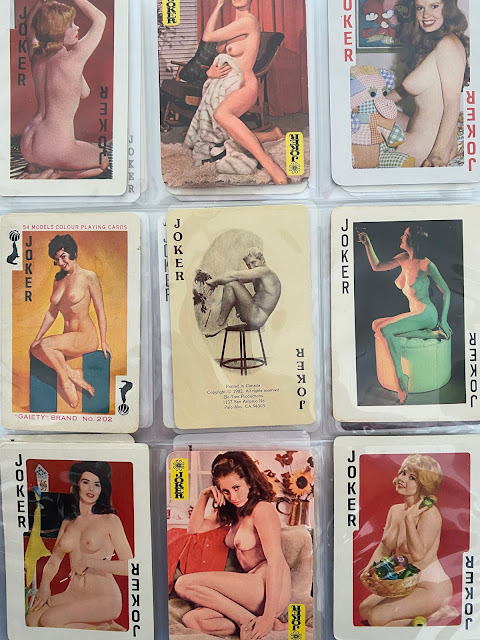 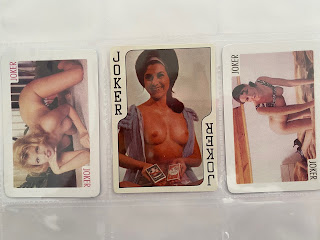