The growth of the collection means that this section on "international people" has now been obsoleted since it has been split into subsections: This section is presented with apologies. These jokers are somewhat stereotypical pictures of people from different races and nationalities.  I didn't create them, I just collect jokers. Including these. 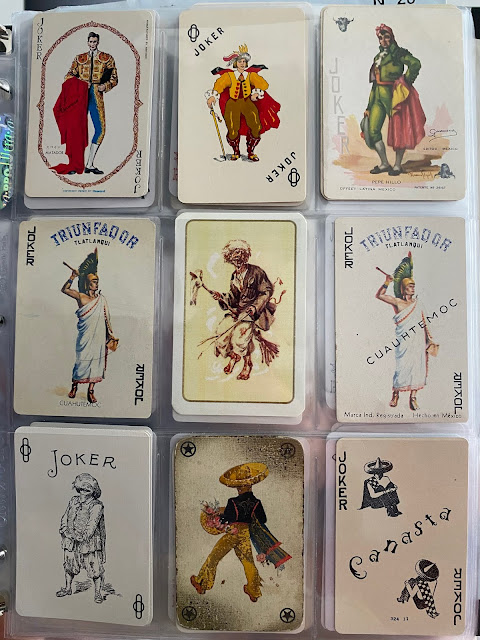 Thanks to Laherte Guerra who, thru the FB Joker Collectors Group, informed me that the middle on on the page above is actually Russian.  I should also note that the middle row has two of Cuauhtémoc, an Aztec king.  From the North American perspective, it's all "South American" but of course, the Spanish and Aztecs were mostly mortal enemies. 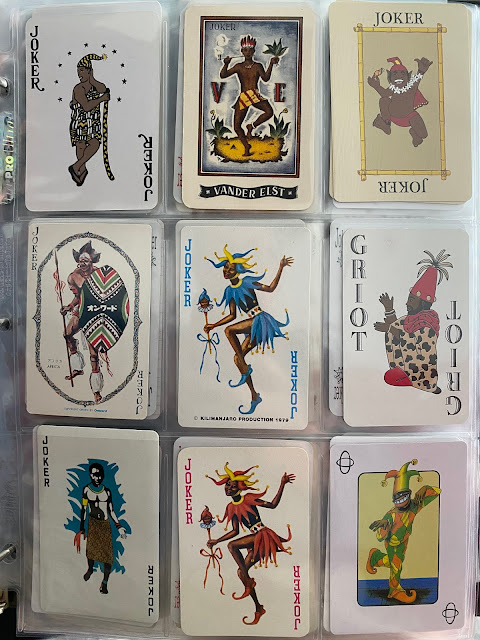 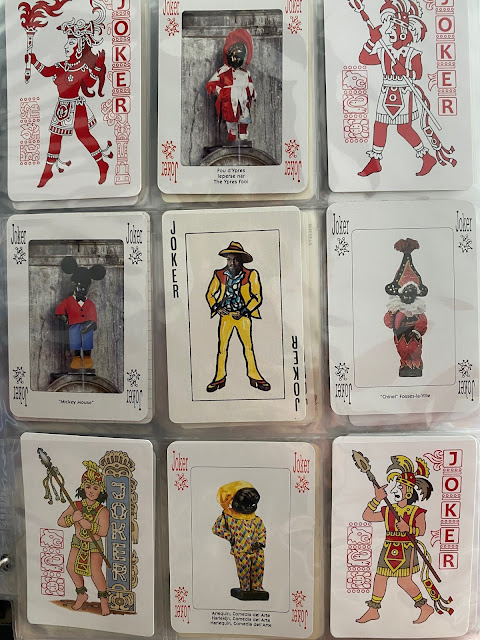 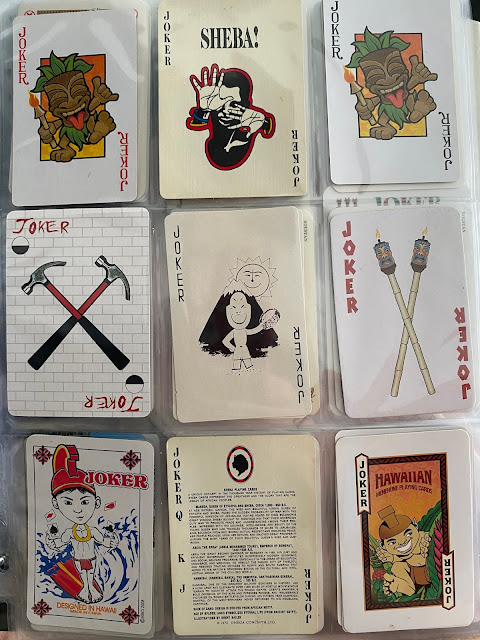 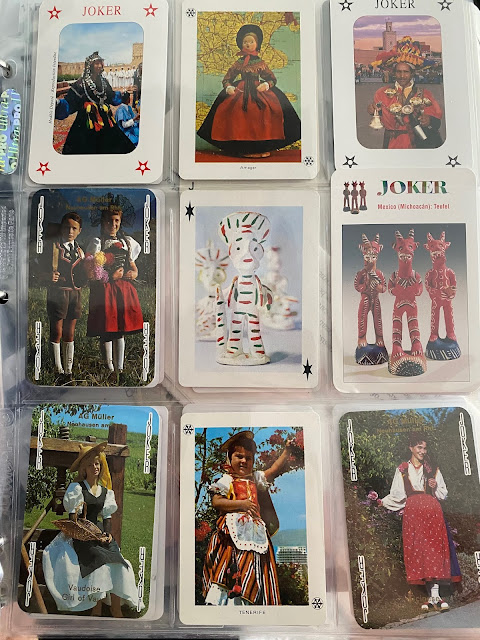 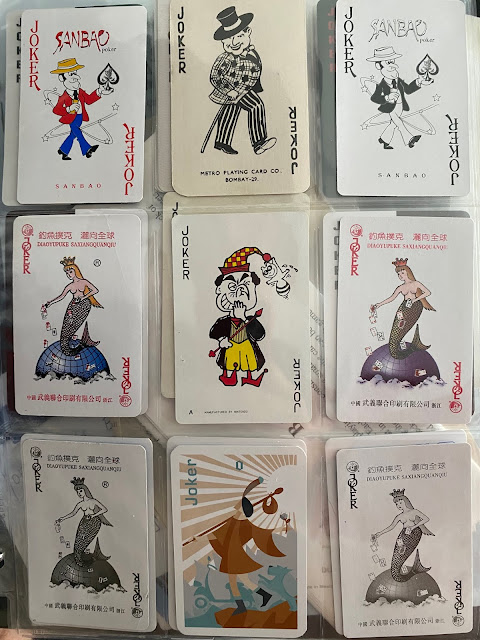 I have some more apologies about this section.
1. Racial stereotyping (as mentioned above).
2. Poor photography.
3. No great closeups nor fascinating banter about them.
4. FAKES!  Now that I look at these, I think seven of them are FAKE JOKERS. I'm so unhappy about this and unless you are "in the know" about joker collecting, the idea of a fake joker seems like a bad joke. But in fact, there are some people who have started printing up and selling jokers which were never part of a deck of cards. They were created only to sell to joker collectors. We consider these fakes.  There's now a Facebook group where the matter of these counterfeit and fake jokers are discussed. 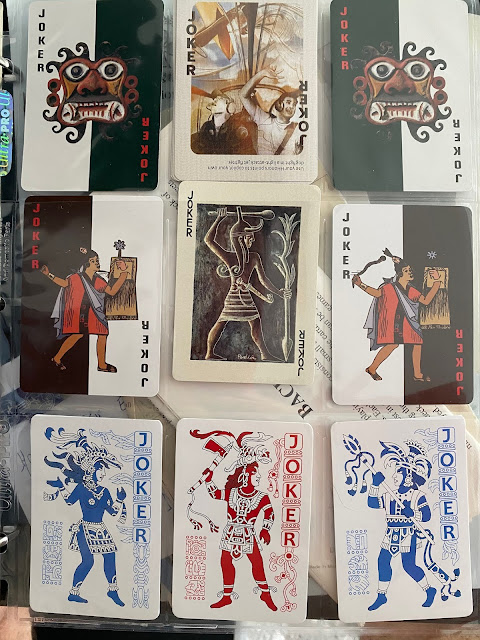 And as long as I've created this insensitive section of stereotypes, I should probably include the page of Asian ladies in underwear from the erotica section since they somehow fit here too. 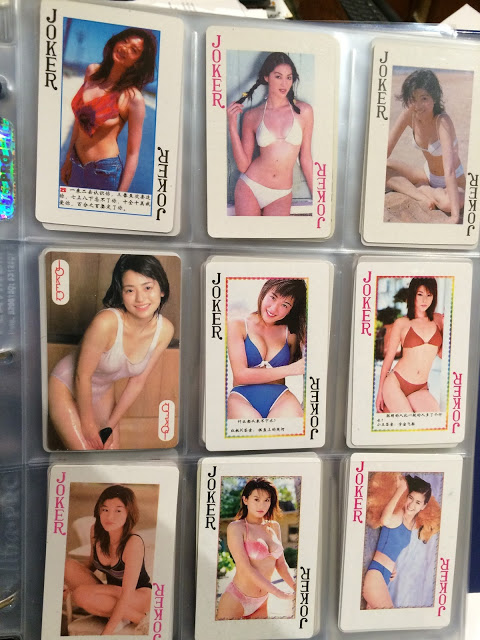 Want to see the full joker taxonomy?
More on travel is available, there's the old old post from 2017 about travel jokers all grouped together and then one that deals with travel vehicles.