Bill Maher and Mark Russell, a political satirist and comedian on PBS television.  (Thanks to Dawn of Peter Green Design for the ID) 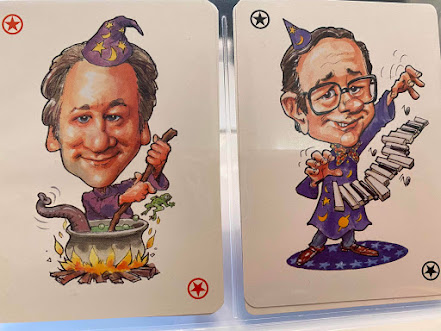 I'm not sure who and Walter Cronkite 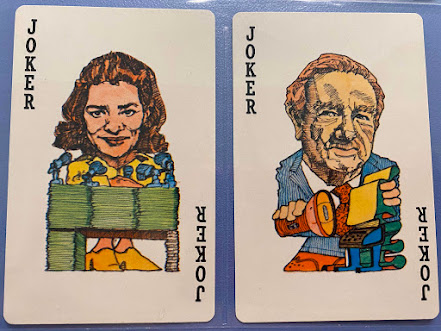 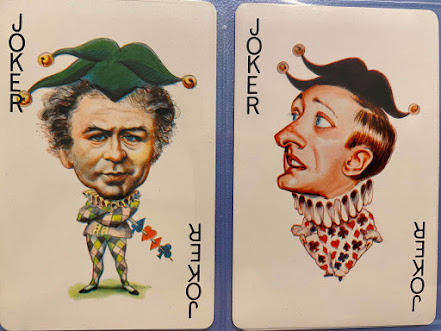 These jokers most feature well known political commentators but also celebrities who are neither politicians, actors, or musicians.  It turns out that a number of them use drawings or caricatures by Peter Green.

Nora and James Joyce. They're from the "Ulysses a Vaudeville James Joyce Playing Cards", published by Presage International from Monte Carlo in 1989. Designed by R. Fanto. Special thanks to Joop Muller of DXPO Playing Cards for this info. 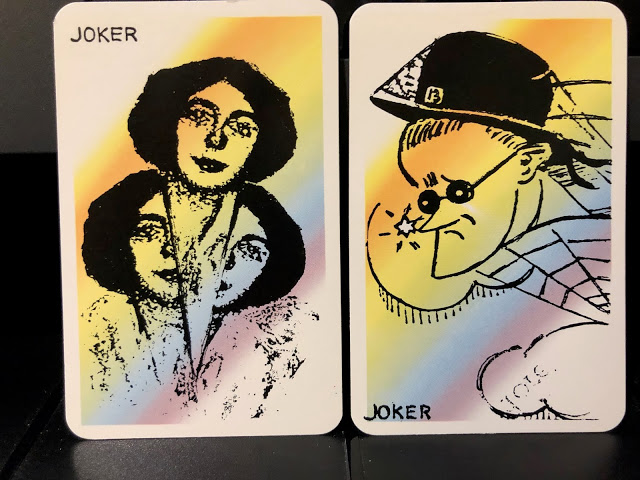 "The Vau-de-Ville of James Joyce's "Ulysses" encircles and condenses into a pictorial form the adventures of a single day, June 16, 1904. Each image is part of a puzzle in which past, present, future, naturalism, symbolism, reality, hallucination are superimposed ind interwoven. Mock heroic exaggeration and pomposity explode into laughter through visions, fantasies and internal monologues. Hearts are emotional. Clubs are physical. Diamonds are spiritual. Spades are symbolical. R. Fanto created the drawings and devised the scheme based on many useful hints given by Richard Ellmann, Joyce's biographer. © R. Fanto 1989"

And here are the ensemble shots! 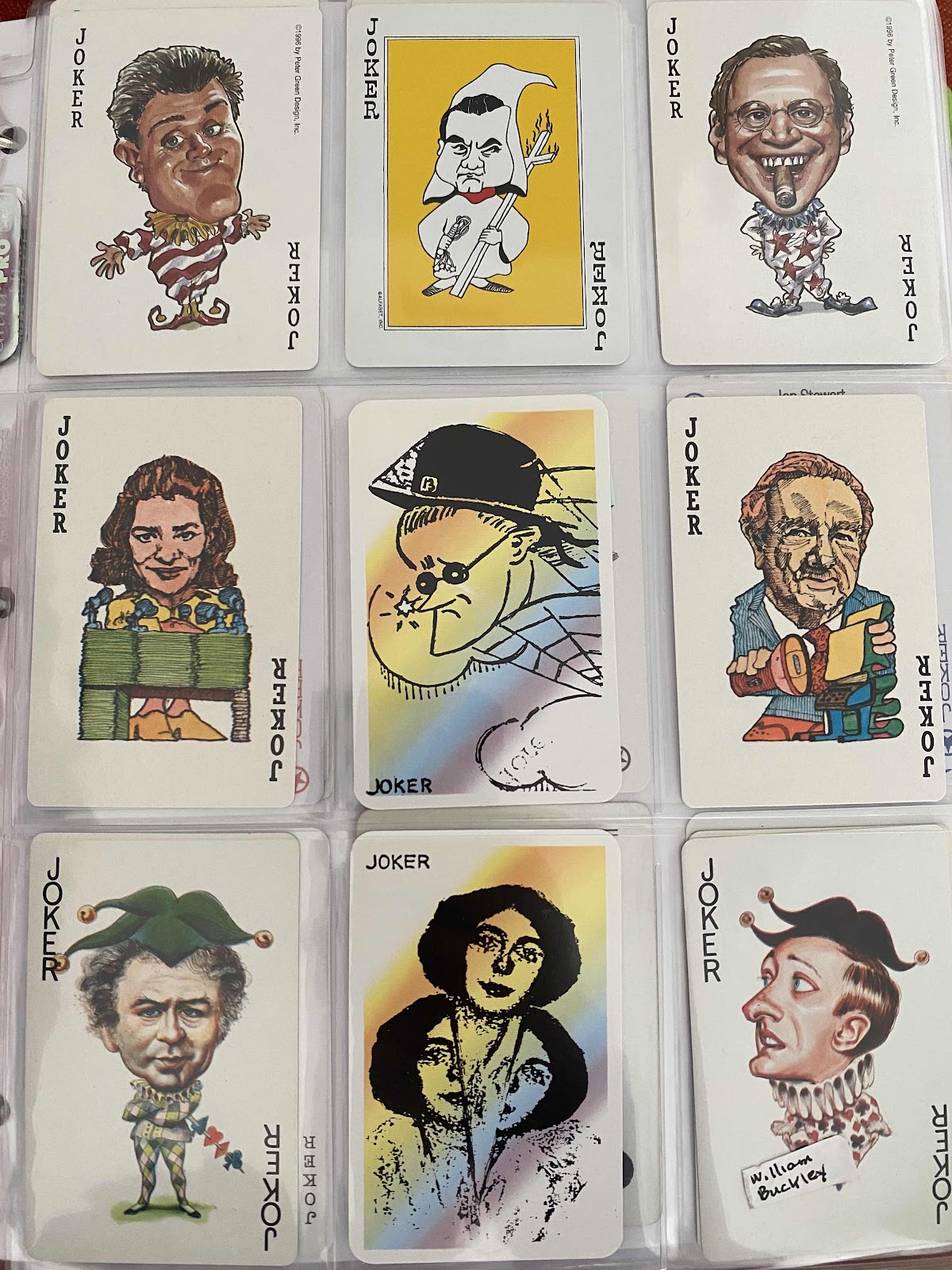 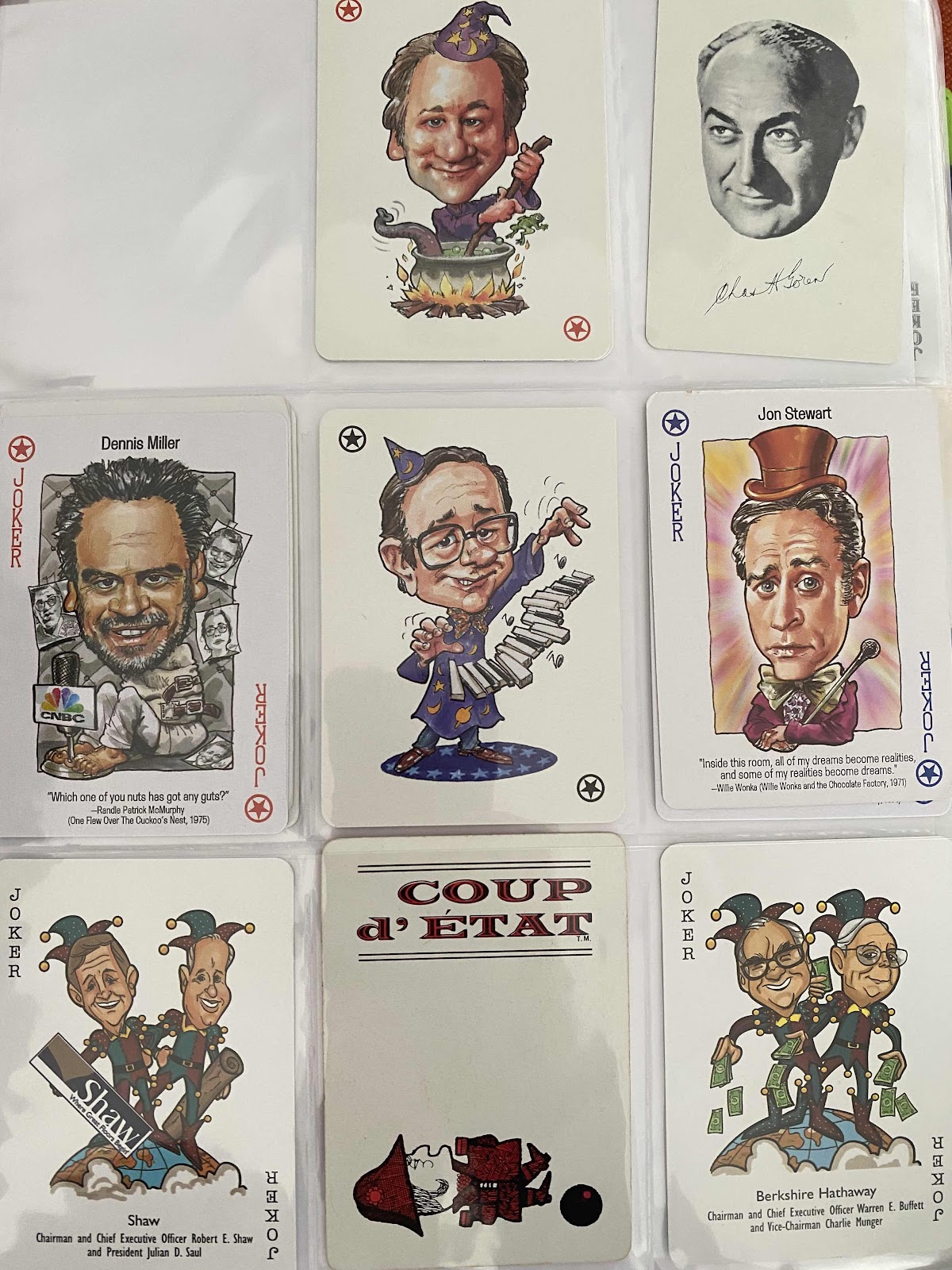 For more jokers with real people:

Other sites for info: