Modern musicians, except for Elvis, don't seem to be that popular for use on playing cards. I have 22 Elvis jokers and another 27 of all other modern musicians.  So here's what I got, starting with the spectacular and talented Lady Gaga, for whom I go gaga. 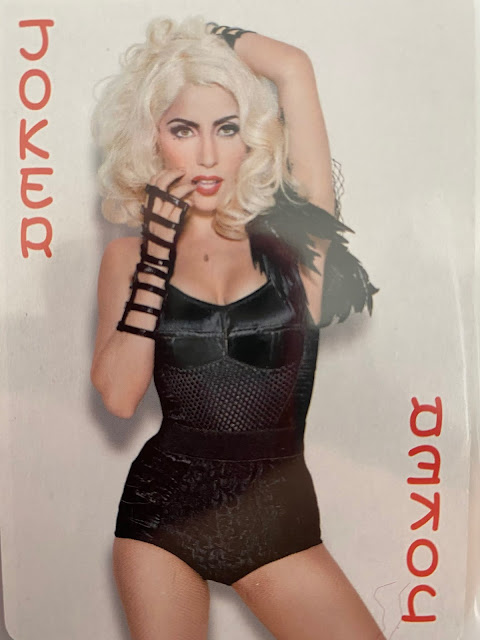 Heh heh we're the Monkeys. And people say we monkey around. But we're too busy singing, to let anybody down. Just trying to be friendly... 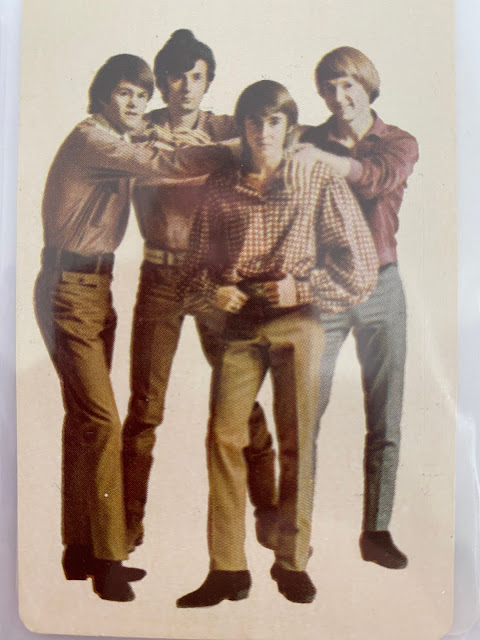 The Rolling Stones, amazingly, are still rolling on. Go Keith and Mick and... 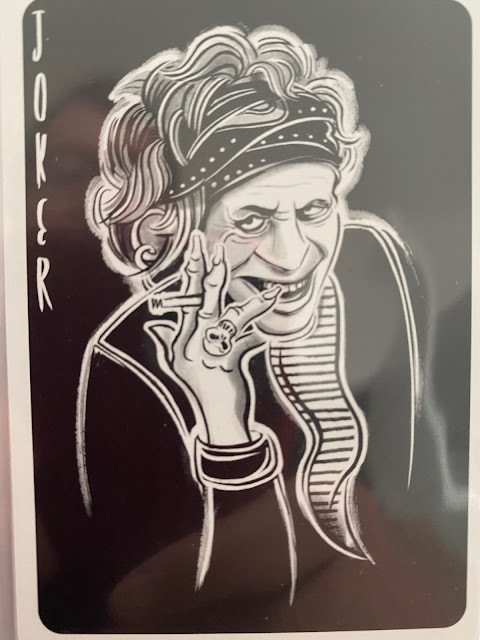 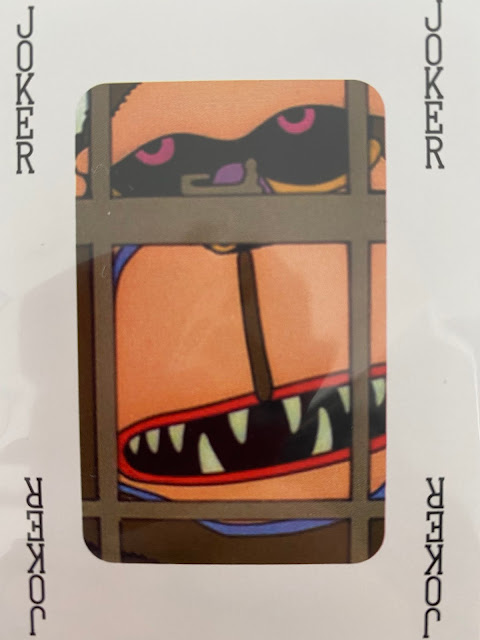 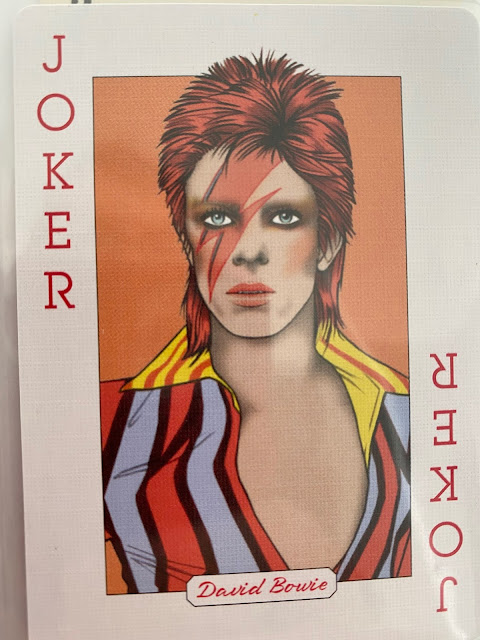 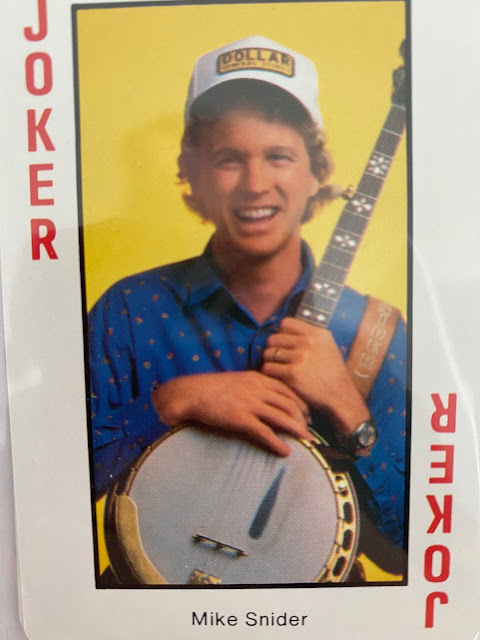 The King of Pop. A Thrilla! MJ! I haven't practiced my moonwalk in a while but I want to say, nobody ever has moonwalked as spectacularly as you. 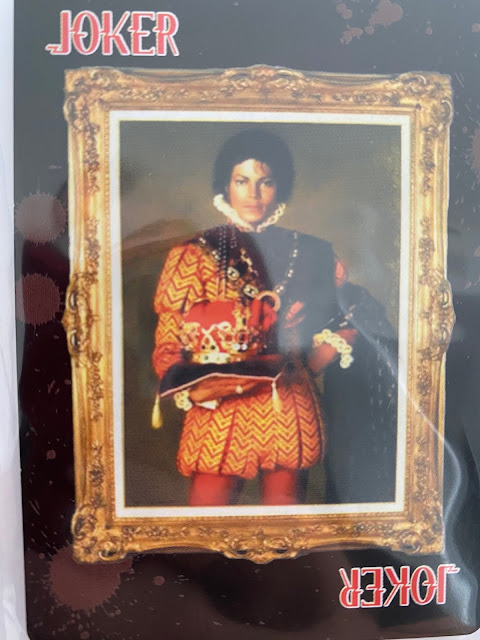 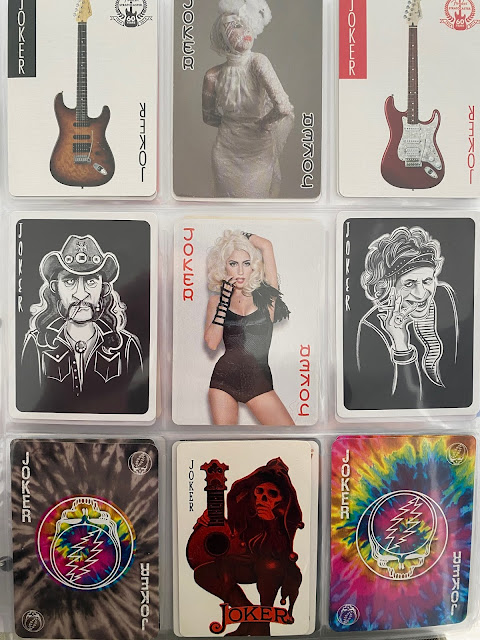 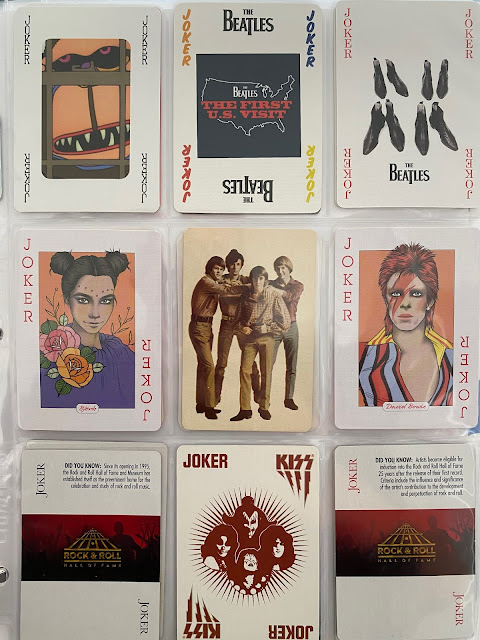 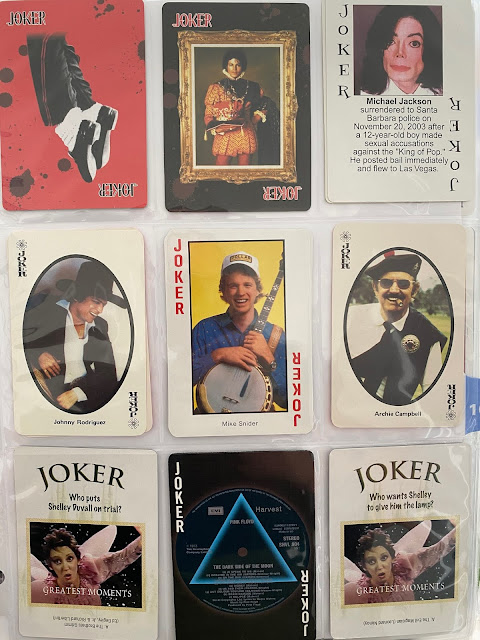 What to look at next? I might suggest:
Elvis Presley jokers
Posted by Johne at 1:52 PM