As a joker collector, I struggle with questions of how to curate and categorize.
Today, oh joy of joys, I discerned a new subcategory within the topsy turvy joker (duplex or mirrored) section. With ~300 in the topsy section, creating subcategories is important. I know have seven subcategories of topsies: Animals , Card Themed (this one),  Music, Ladies & Masks, Jesters and clowns People , Things - 32
My new category:  topsy turvy jokers with a card theme! The character might be a queen or other royal card herself. Or the character might be playing cards or dressed with card themes. Or maybe there’s just a few pips or suits floating around. I’m so so so happy with this new Topsy subcategory (which takes its place next to topsy categories such as animals, musical, girls, masks, and travel).

The next two use the classic king on the joker, he's most often used also on the Bicycle Joker where he is riding a bike. 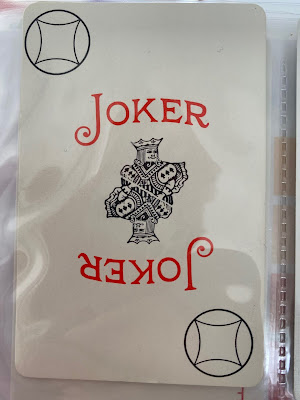 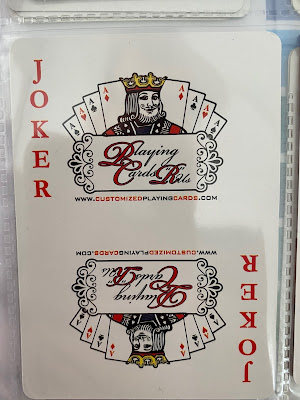 I define a topsy turvy joker, also called mirrored or duplex, as a joker where the bottom is the same as the top only upside down. Put otherwise, like most of the cards in the deck, they are symmetrical along the horizontal axis.  Magicians (like me) know that all the cards are not symmetrical and this sometimes forms the basis of some card tricks.
Here are the four suits as a design element in the middle of the card. Strictly speaking, not symmetrical although I'd be hard pressed to declare which way is upside down.. 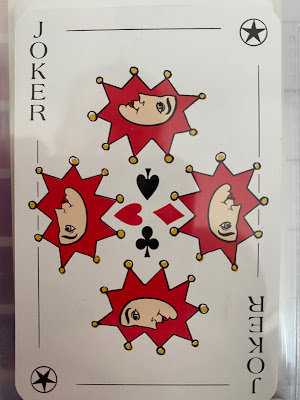 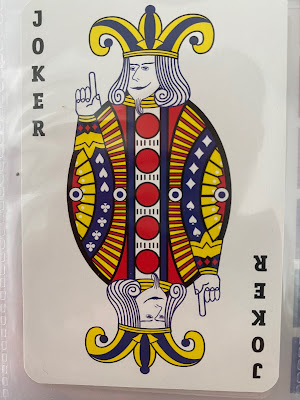 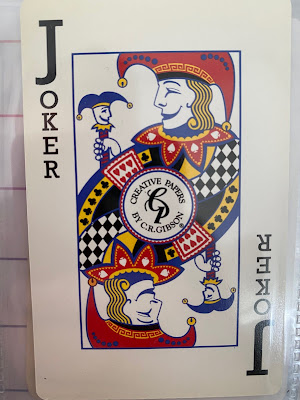 This gal, I think, is playing cards but holding a marotte (jesters wand) in the other hand. 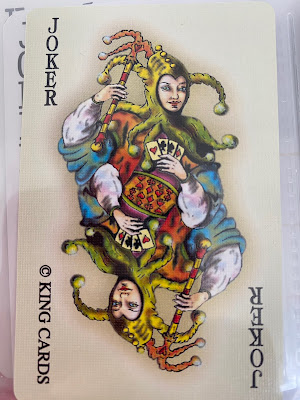 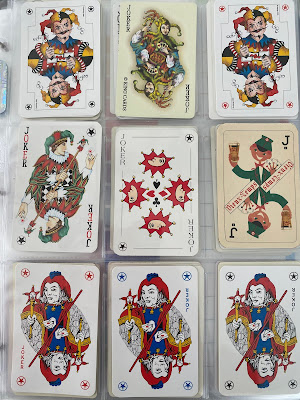 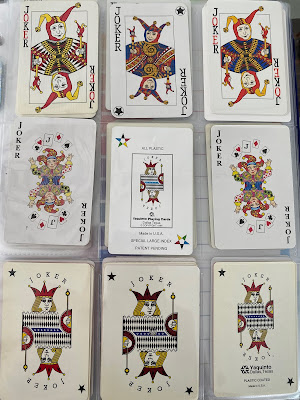 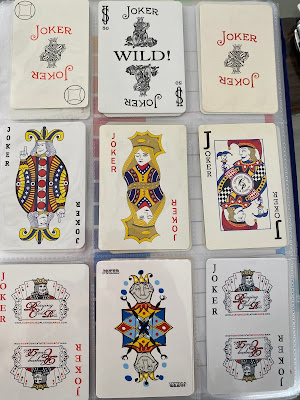 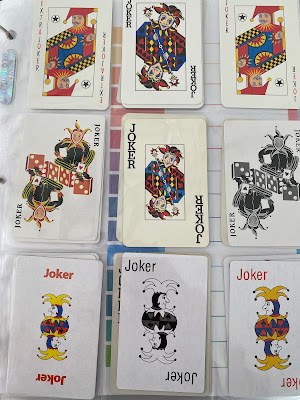 BTW, my introduction to the word "topsy turvy" was through the Enid Blyton books about The Magic Faraway Tree in the Enchanted Forest where different worlds, such as the Topsy Turvy one, moved into the top of the tree. I read them repeatedly as a youngster living in London. 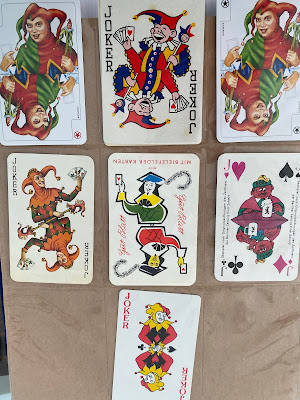 atopsy turvy jokers? Other collectors use the term duplex or mirrored. In reading Paper Empires, I learned a new term: double headed. He uses the term to describe the royal cards that are...well, double-headed! Here's all the subcategories of them.
For yet more fun, read about:
monkey jokers
flying jokers
crescent moon jokers
Posted by Johne at 8:48 AM