Questions about the symbols on classic cards

I have an array of Bicycle and other American royal cards in front of me and I have many questions.  If someone has already written all this up, I'd appreciate the referral. If not, here's some questions.  I'll just ask about the jacks in this post but I have questions about the queens and kings too. 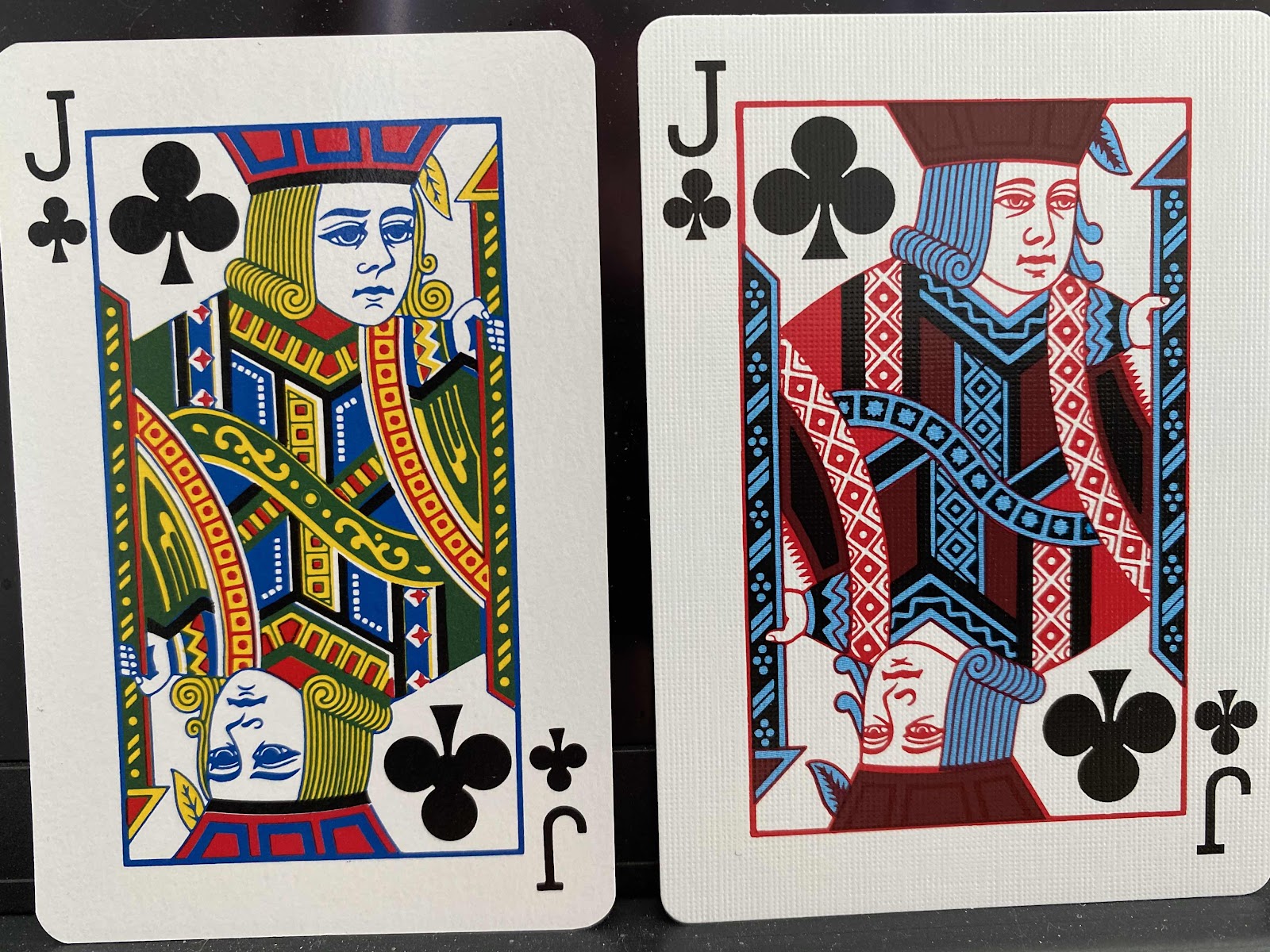 Clubs - The jack of clubs  (should this be capitalized?) is holding a long vertical rod-like thing with a sort of arrow head on one side (the top?) and a point on the other side.  It might be a stylized spear although the point on the back of it doesn't quite make sense. Anyone know anything about it?

There is also a leaf hanging from the hat or crown of the JoC.  Again, anyone know anything?

Hearts. He has a moustache (JoC is cleanshaven) and is holding something in his hand, maybe a leaf? There is the axe behind him.

The Jack of Spades is holding a type of stick has a sort of spiral to it.  It has three sections in the spiral (ie it turns around one and a half times). What is it and what is it called?

Diamonds.  The JoD is holding a rod which looks very similar to the JoC rod but with the point at both ends (not the arrowhead).  It has a curved thing coming off it which could either be the hand protector if it's a sword or, in some versions, suggests a crossbow.  Anyone know anything about it? BTW, JOD also has a moustache. 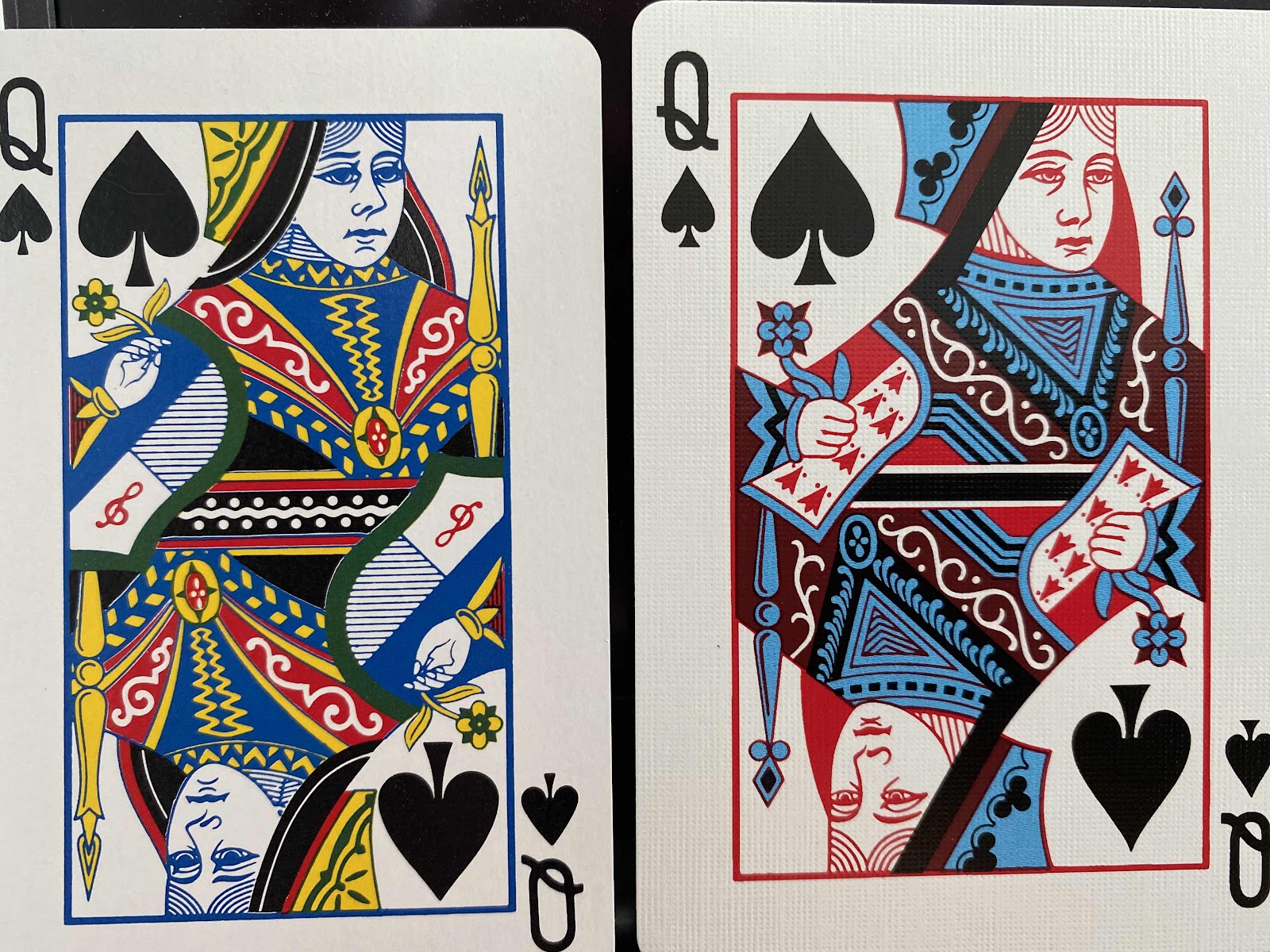 These queens, like all the four suits, is holding a flower. She also has some sort of stick. What is that stick? In the one on the left, she has a musical staff clearly on a decoration that might be part of her clothes, might be a shield. On the right, she’s holding something with six symbols visible, a seventh potentially hidden by her hand. The symbol might be of a plant, perhaps a grass or grain.

I won't write much about the suits about which a great has been written. Simply, modern American suits are a descendent of the French four suits which can be traced to maybe classes of society, maybe other things.

The kings had a fixed identity in both French and British decks since the 1500s: Charlemagne (hearts), David (spades), Caesar (diamonds), and Alexander (clubs). The queens and jacks, not so much.

The card numbers have an array of symbols associated with them: