Let me show you my jokers from the Kalamazoo and Russell Card Manufacturing companies. As background, this is one of a series of articles looking at my older American jokers:

Let's start with some romantic Kalamazoo jokers. Hochman says these started production on 1910. They're RU13 from Hochman P129. 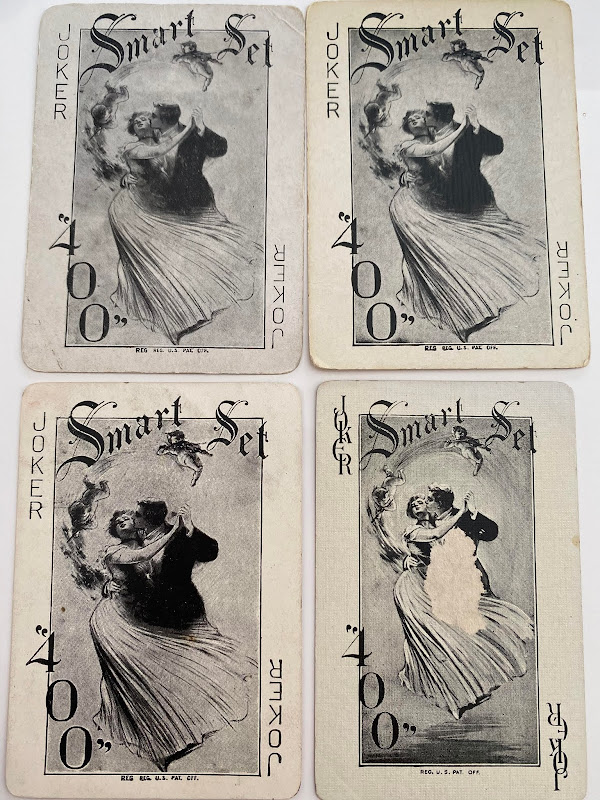 The four decks were named for the girls on their backs: Flying Girl, Dreaming (copyright 1909 RHILL), The Fortune Teller  (copyright 1909 by RHILL), and Day Dreams (F.A.&S Co.). Day Dreams is the narrower joker with the tear in the middle. 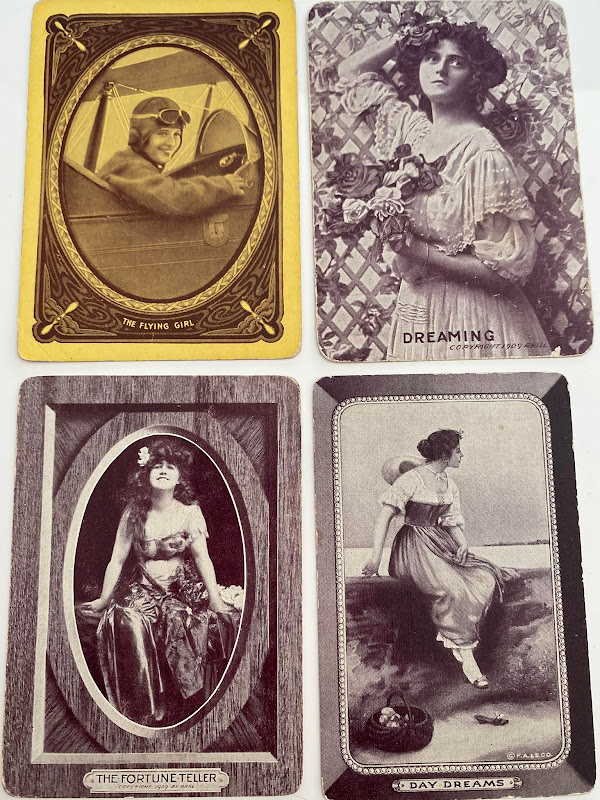 Rustler was first introduced by Russell in 1906. The original design called Russell's Regulars had stars in the corner, It's RU5. Mine has a geometric back. 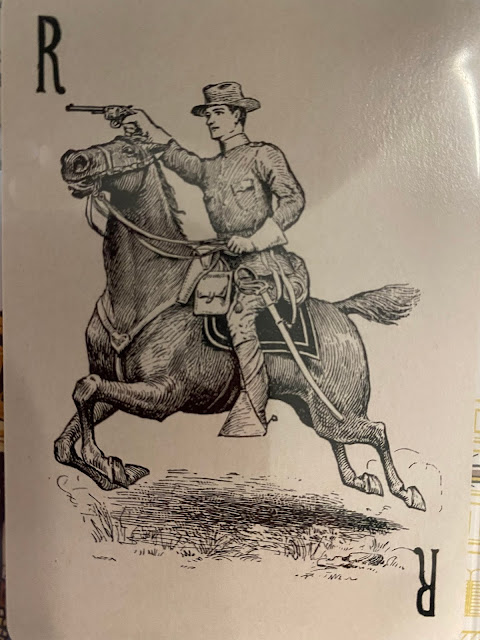 My second Rustler is likely RU 17 published in 1912, Hochman P130. It's in the American people section of the collection, cowboy subsection. 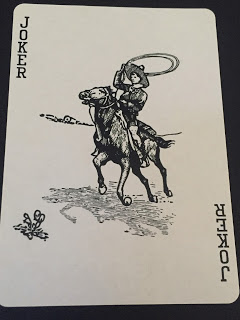 Russell apparently won a Blue Ribbon and put it on a joker that he started publishing in 1930, RU8a  P127 Hochman. 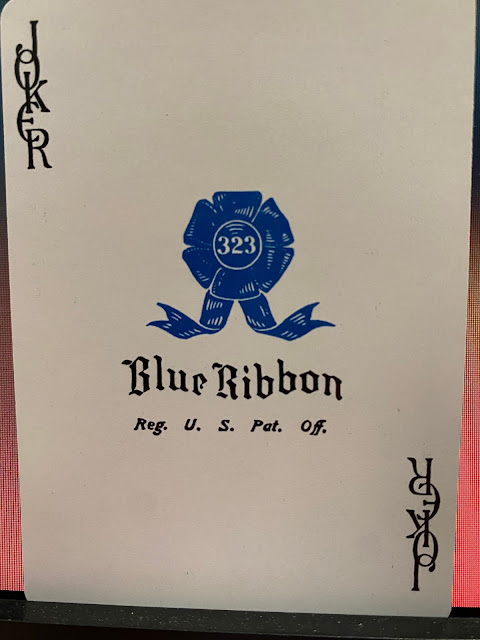 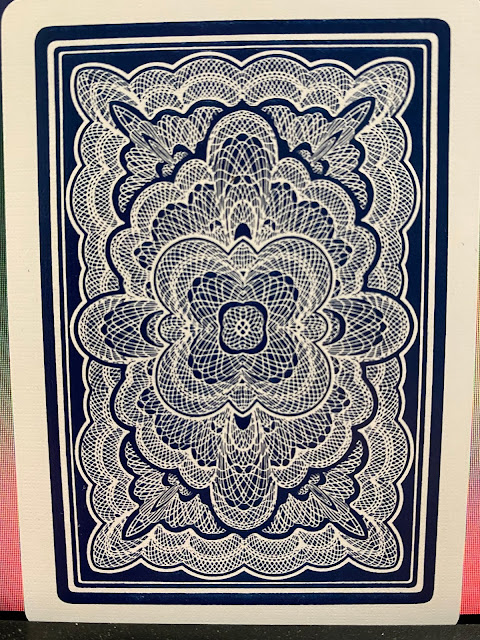 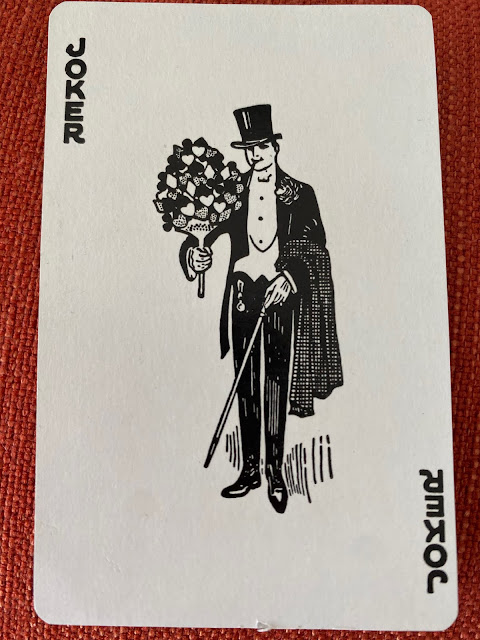 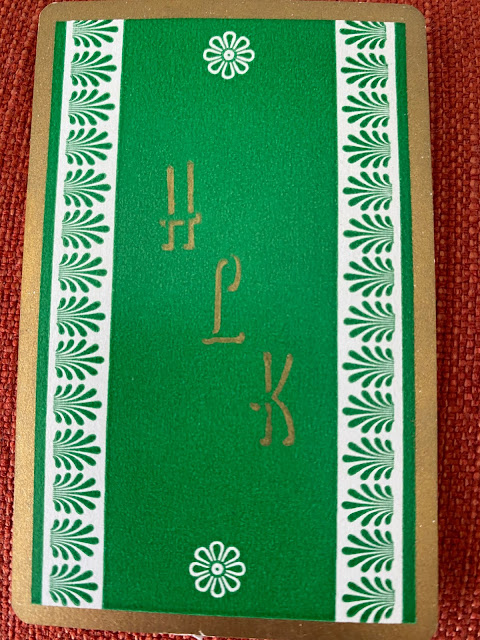 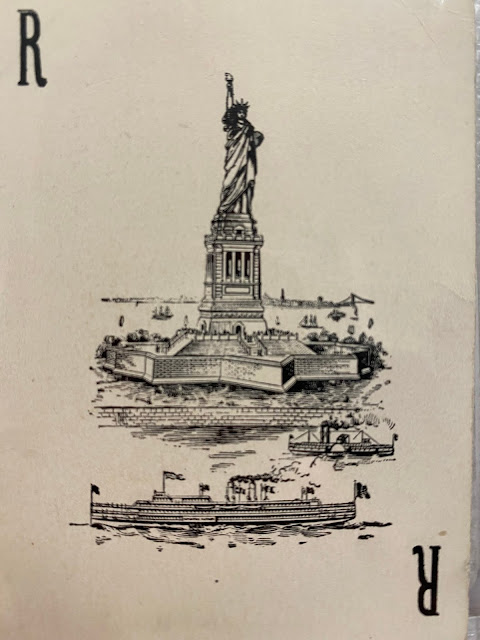 This Whig King joker first appears on P133 & 135 in 1904 and 1905 as either Ru24 or  RU37b. Its associated both with Ruseel and the Universal Playing Card Company. There's some mystery about Universal and it's acquisition or relationship to Russell. 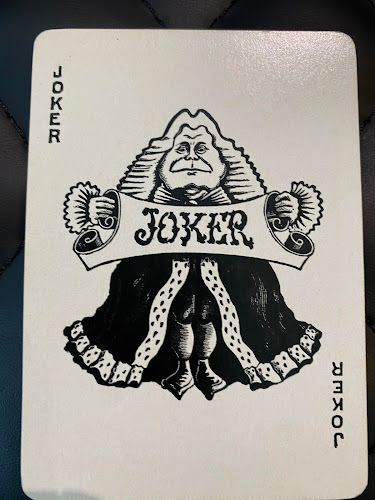 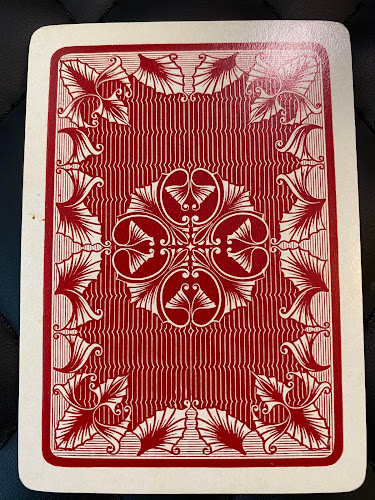 Kalamazoo & Russell: What's the story? Willis Russell started Russell Playing Cards in Milltown NJ around 1905  and made lovely cards but the company declared bankruptcy in 1911. It continued to operate and was put up for auction in 1913.  It was bought by Benjamin Rosenthal of the Kalamazoo Paper Box and Card Company the two entities were combined. He also bought the American Bank Note Companies playing card line a year later.

Let's summarize the Kalamazoo / Russell jokers in the collection (with the page from Hochman):

PLUS, there's the article on the mysteries of the mythologies of the images on some old jokers.