This article review the joker playing cards in my collection that were created by Standard Playing Cards during its 40 year life. I also pursue my obsession with discovering the folklore mystery surrounding a Standard joker.

Standard Play Card Manufacturing Company was founded in 1890 and bought or merged as part of the creation of USPC in 1894. But USPC ran Standard independently until it was merged into Consolidated Dougherty in 1930.

In terms of dating cards, there’s a question of the tiny code numbers USPC placed on their jokers. During Standards years of being an independently operated wholly owned sub, the coding system of small letters on the aces and jokers of USPC was used but the intertwined US in the corner was not added. I think.

This joker below may have been the second joker that Standard published, SU2 c1895. It has the dotted background and no product codes on it. 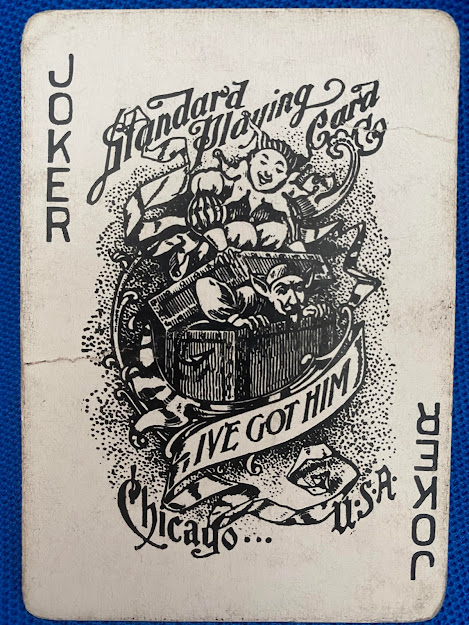 It is also the featured mystery on the article about American Folk Tales and Mythology on jokers in late 1800s. 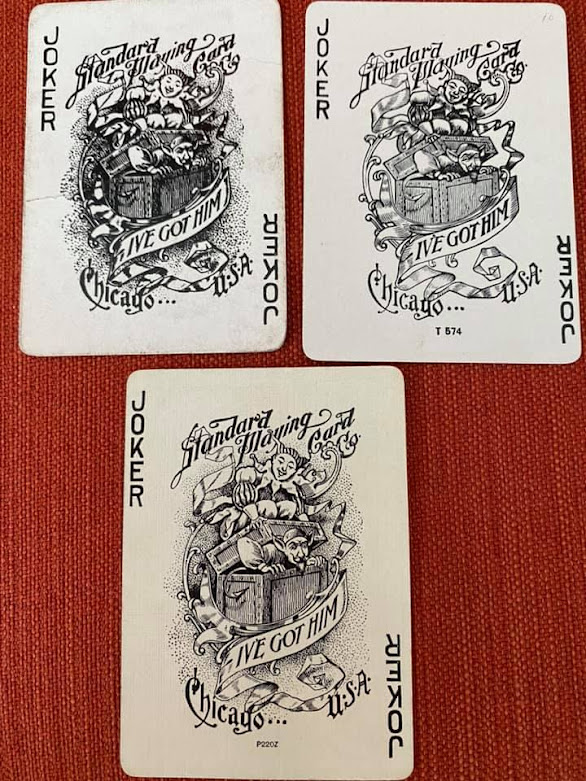 Two of my backs are geometric red, one is a red with a lady with a hat, lots of flowers, leaning on a rail fence.  The Standard Backs! (as an aside, this count of three was current 9/6/2020 but now it's 10/18/2020 and I have five of these. I've been on a collecting binge lately thanks to the pandemic). 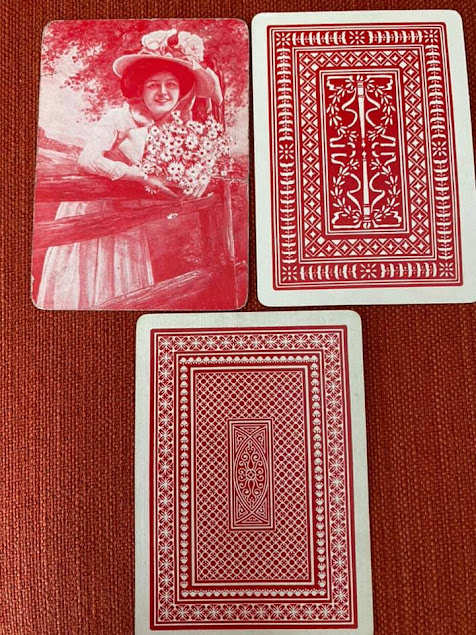 I think of him as the Baggie Clown on P139 of Hochman. 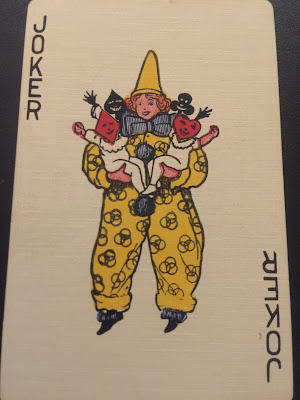 The  Clown & Goose below is described on P139 of Hochman. 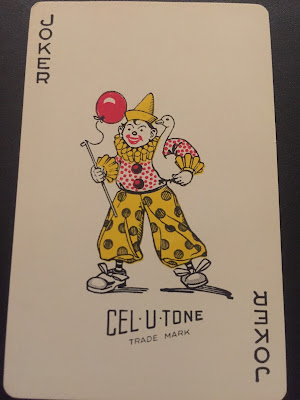 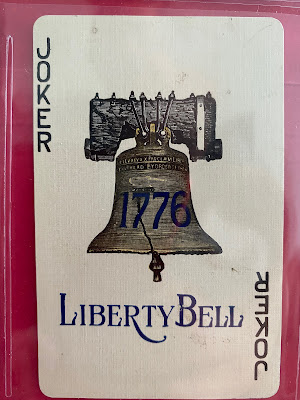 Standard Jokers - This collection's inventory with Hochman page numbers: I still need to....

Sources;
WOPC has a page with a section on Standard Playing Cards.
Hochman's Encyclopedia is the major source, pages 137-144

Also, there's the article about American Folk Tales and Mythology on jokers in late 1800s.