This subsection focuses on Walking Jesters with Wands. There are 3 full pages and a partial page. It's closely related to but distinct from:

Here's a typical walking jester with a wand. I think I bought him in Russia, long ago. 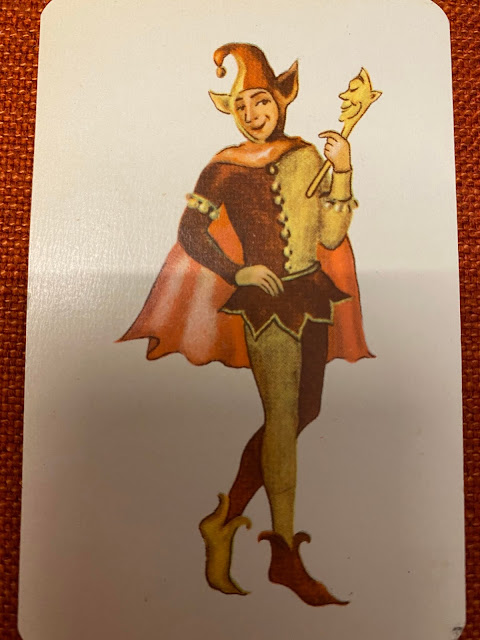 Here's a new one that I just acquired (April 2021).  Canadian: Consolidated Lithography and Manufacturing Co. They later became the Canadian Playing Card Co. This one might be 1920-ish.

And here are the ensemble shots... 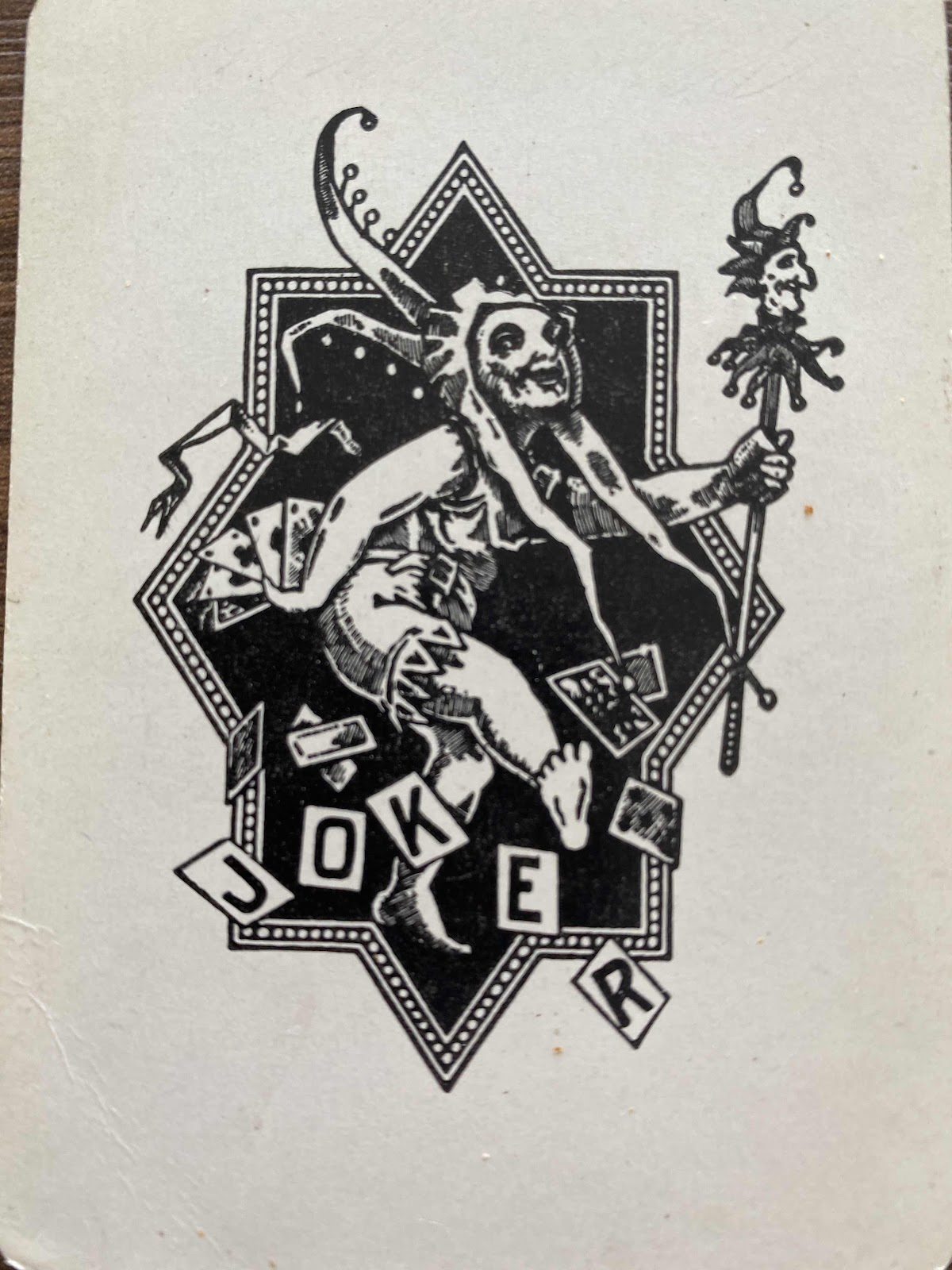 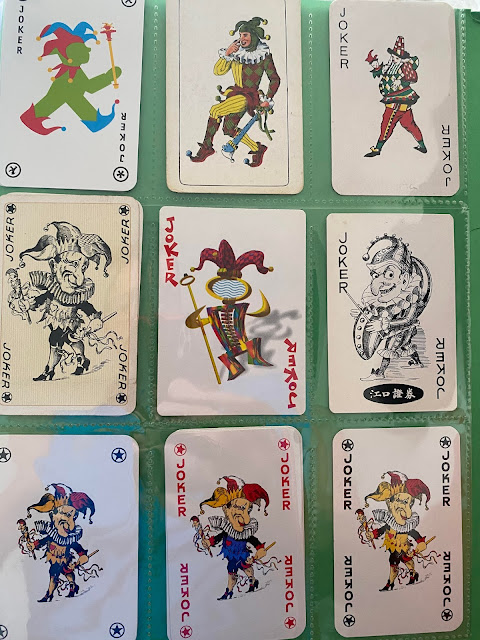 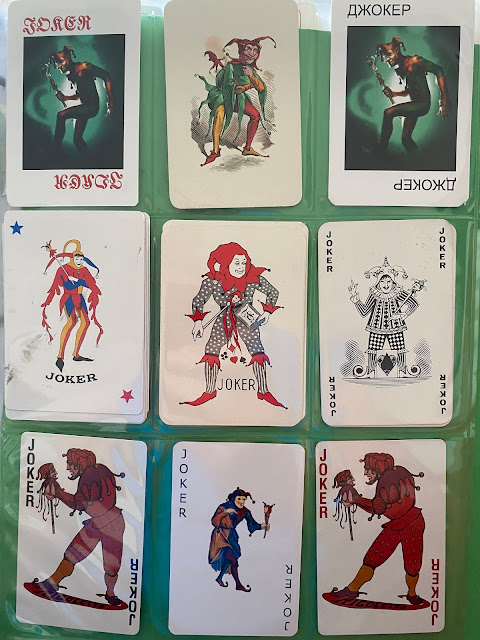 Here's some info about the jokers in hte middle row on the left and on the right.  It's quoted from Janet Lane from the FB Jokers group, 11/5/2022. Those jokers are from a Versailles deck by Grimaud, made about 1969-70, designed by Mlle. Matéjà. An information card included in the deck specifies that it's  Pierre D'Angely - the jester or fool of Louis lll. He was a real jester, several historical mentions and perhaps a painting of him exists.  He features in the 1828 play "Marion de Lorme" of Victor Hugo, being wise and witty and brave. He was known to be able to cleverly advise the King against some of the power grabs by the manipulative Cardinal Richelieu.   A bauble (jokers wand) was also part of the jesters sign of office. This jokers are WWPCM04758 in the World Web Playing Card Museum. 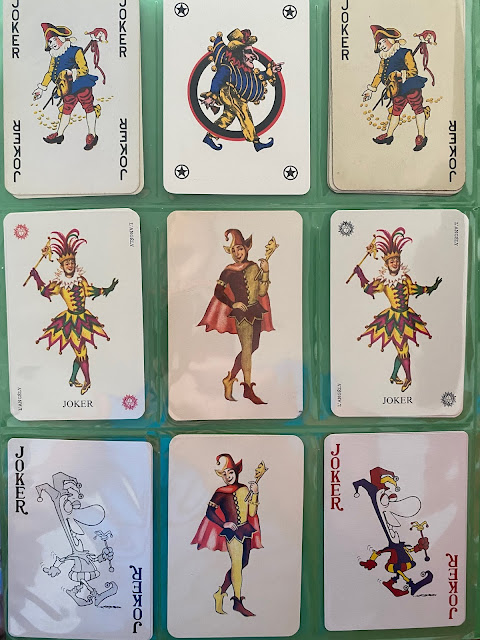 These last four are from Italy (Per Tom van Berkum)  it's published by Cambissa & Co. since 1956. 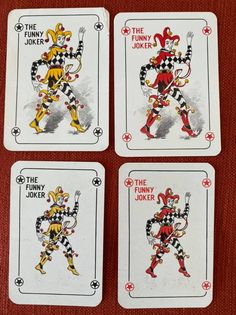 Here are some choices to see more.