The jokers below are in the heads and busts category (ie, they have no legs).
The subcategory is that they have arms and are holding a jesters wand. I seem have about 70 of them.

This first joker is a classic from Piatnik of Austria. 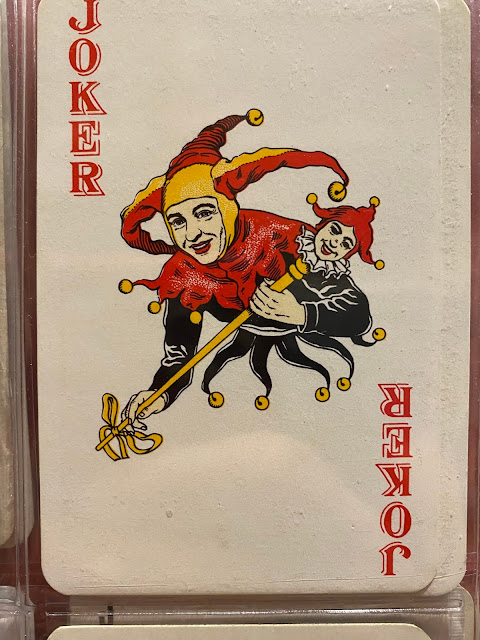 A Jesters Wand is also known as a Bauble or a Jesters Stick. Are there other names?
I'm not sure who this lady is but I like her. 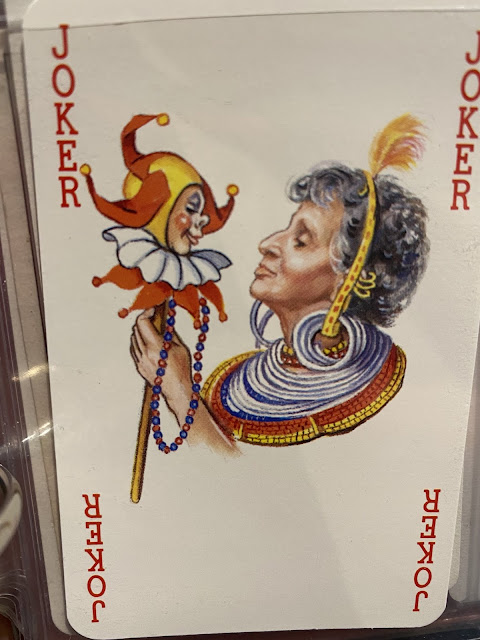 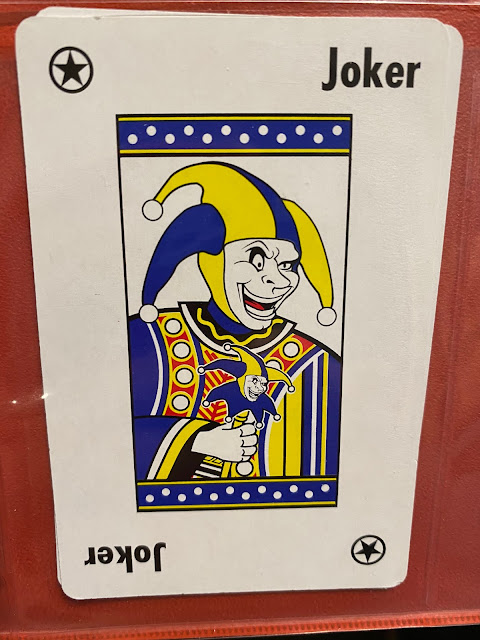 What a sweet looking jester lady. Another fake?
This jester is making a gesture which suggests a shared secret and that it is understood that it will not be disclosed. One website says that laying the finger aside the nose:  "represents the equivalent of a secret wink -  'Let's keep it between the two of us'"

This gleeful fellow shows an inner joy reflected to / from his bauble's smug face. 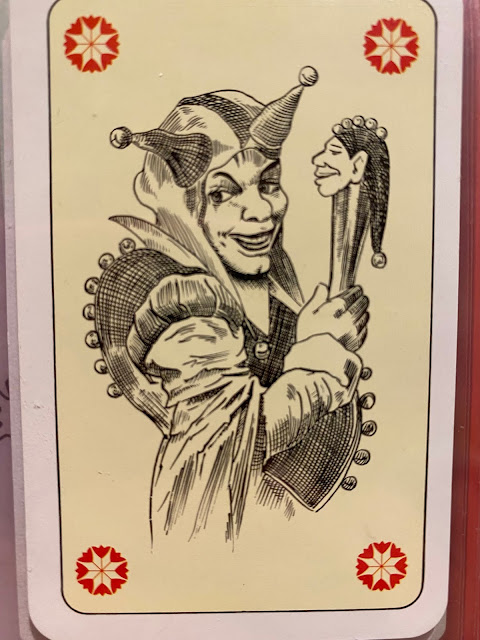 This next one is confusing. Is that Burt Reynolds? And why would he be wearing that odd head dress? 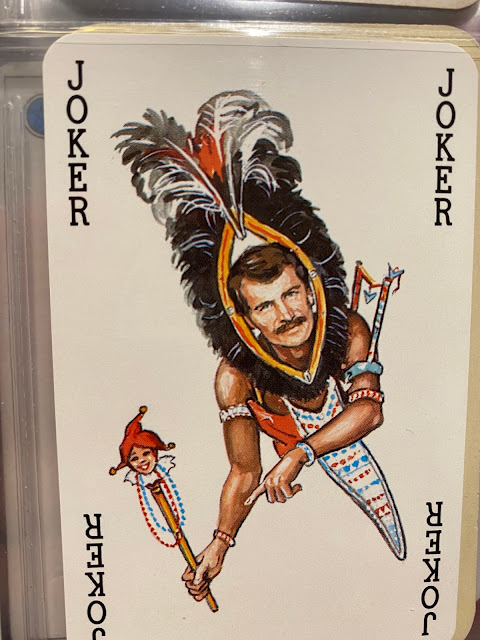 Here's how the jokers are currently (March 2020) laid out by page. 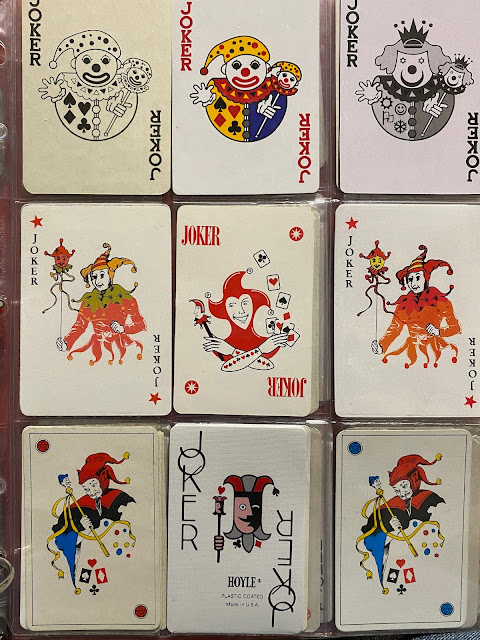 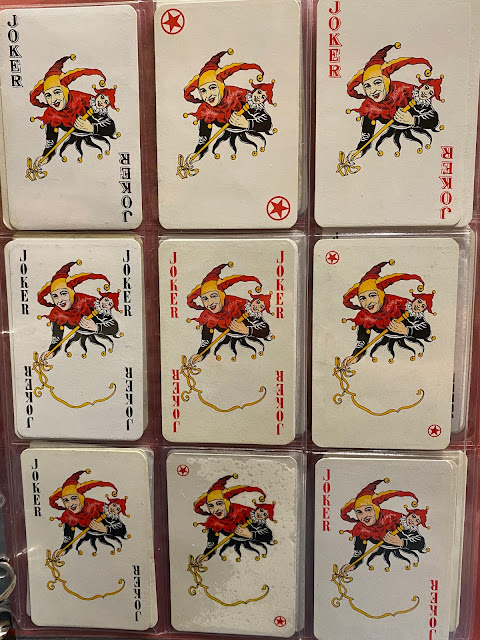 The middle row on the left is a small publisher called PR-Print per Alexander Sukhorukow of the Joker Web Museum. 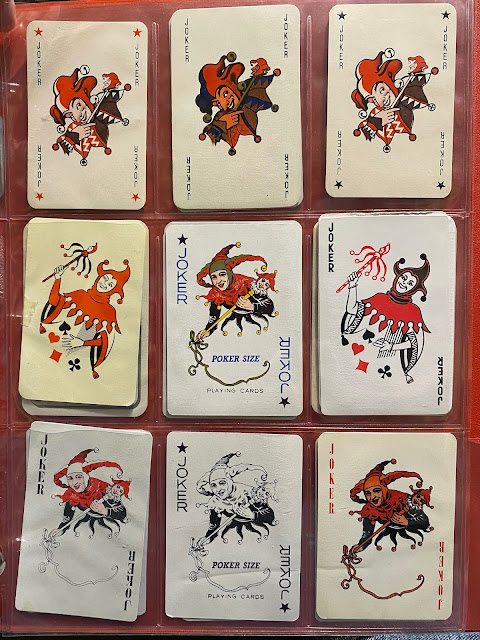 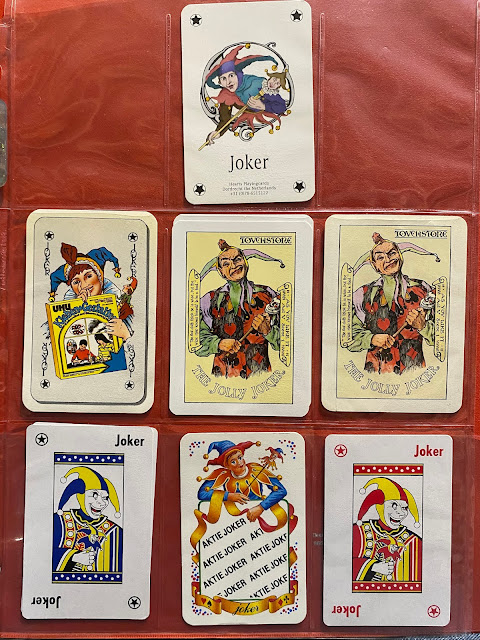 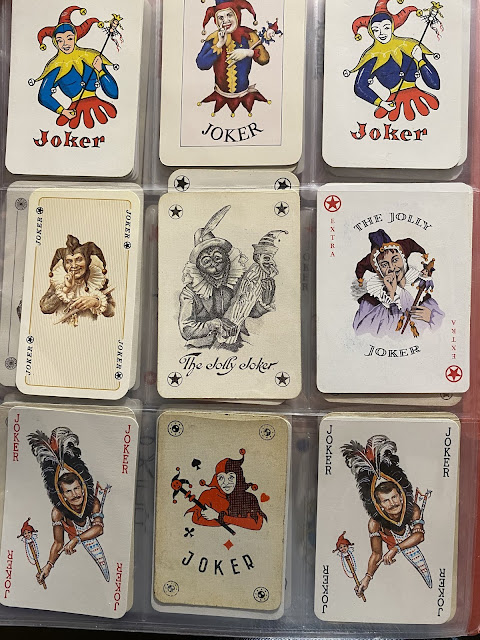 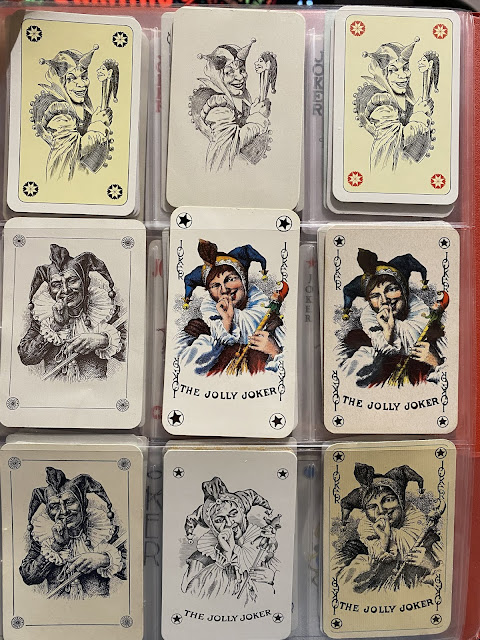 Six of the nine on this page are women. Two have mustaches (not two of the women). 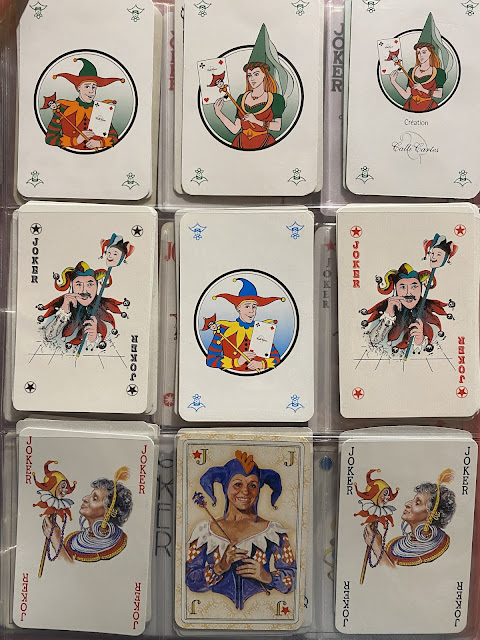 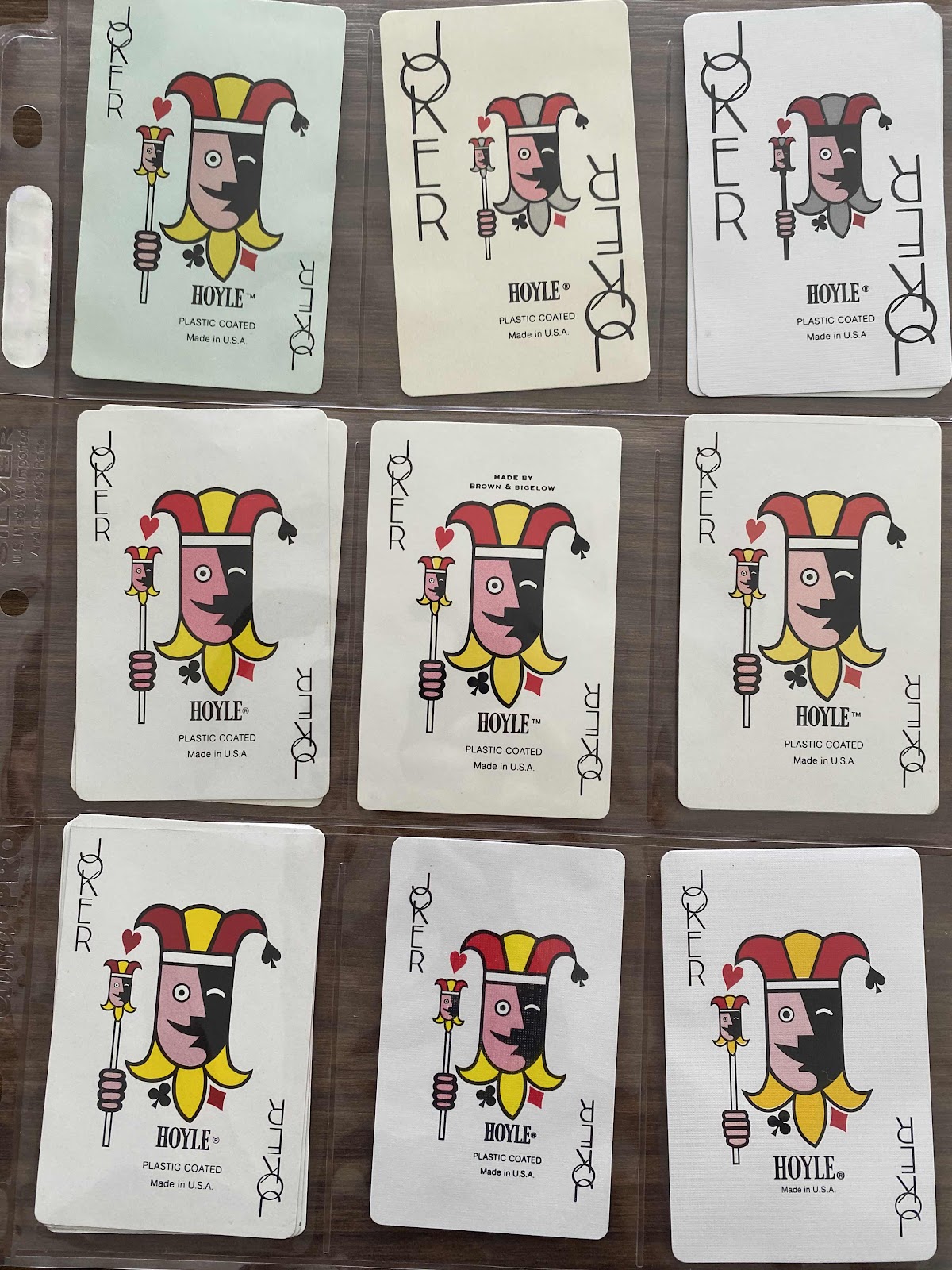 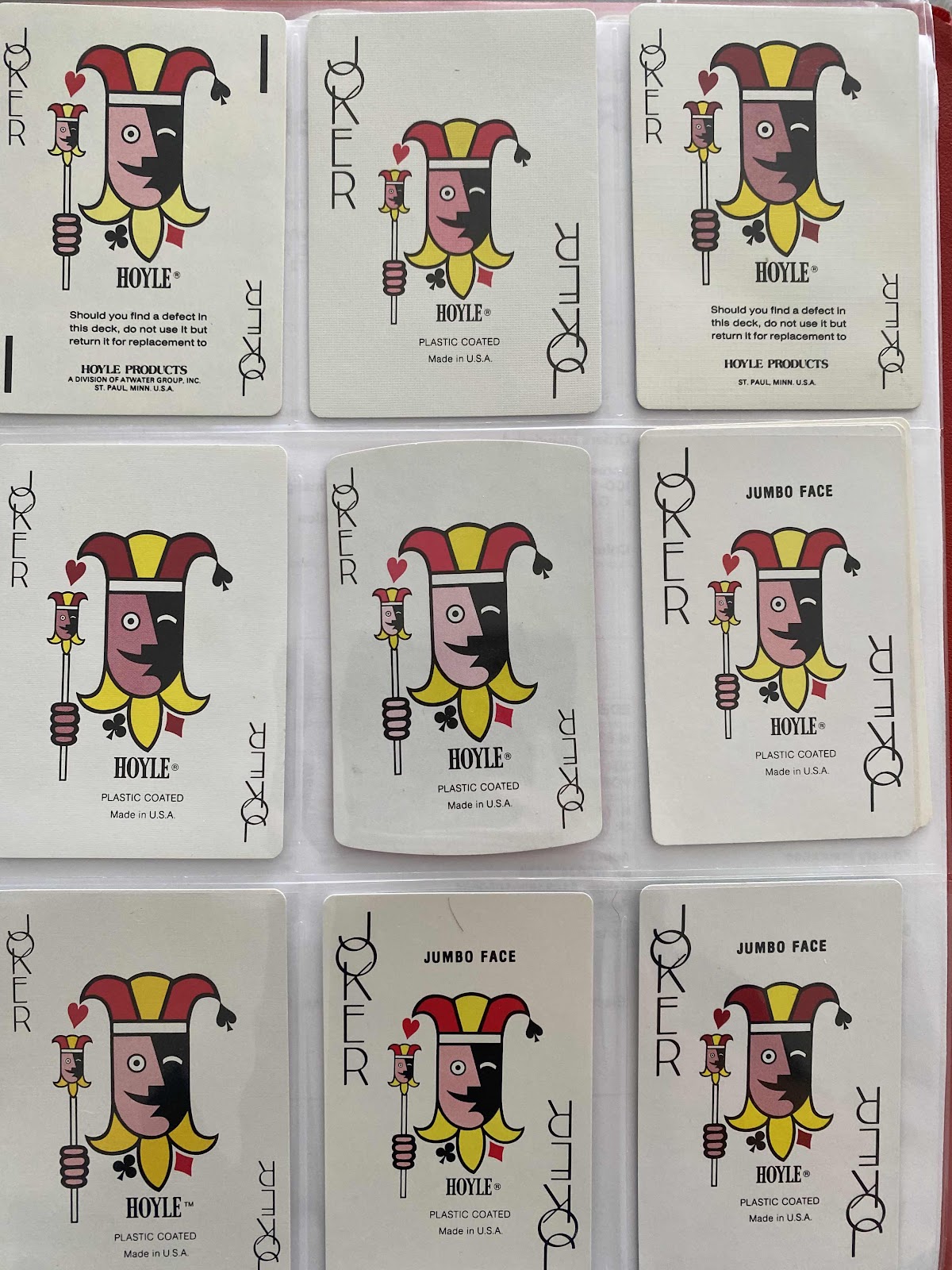 Here’s one more. It’s a shadow puppet character from dramatisations of the epic Mahabharata in the traditional puppet theatre Wayang in Java, Indonesia. 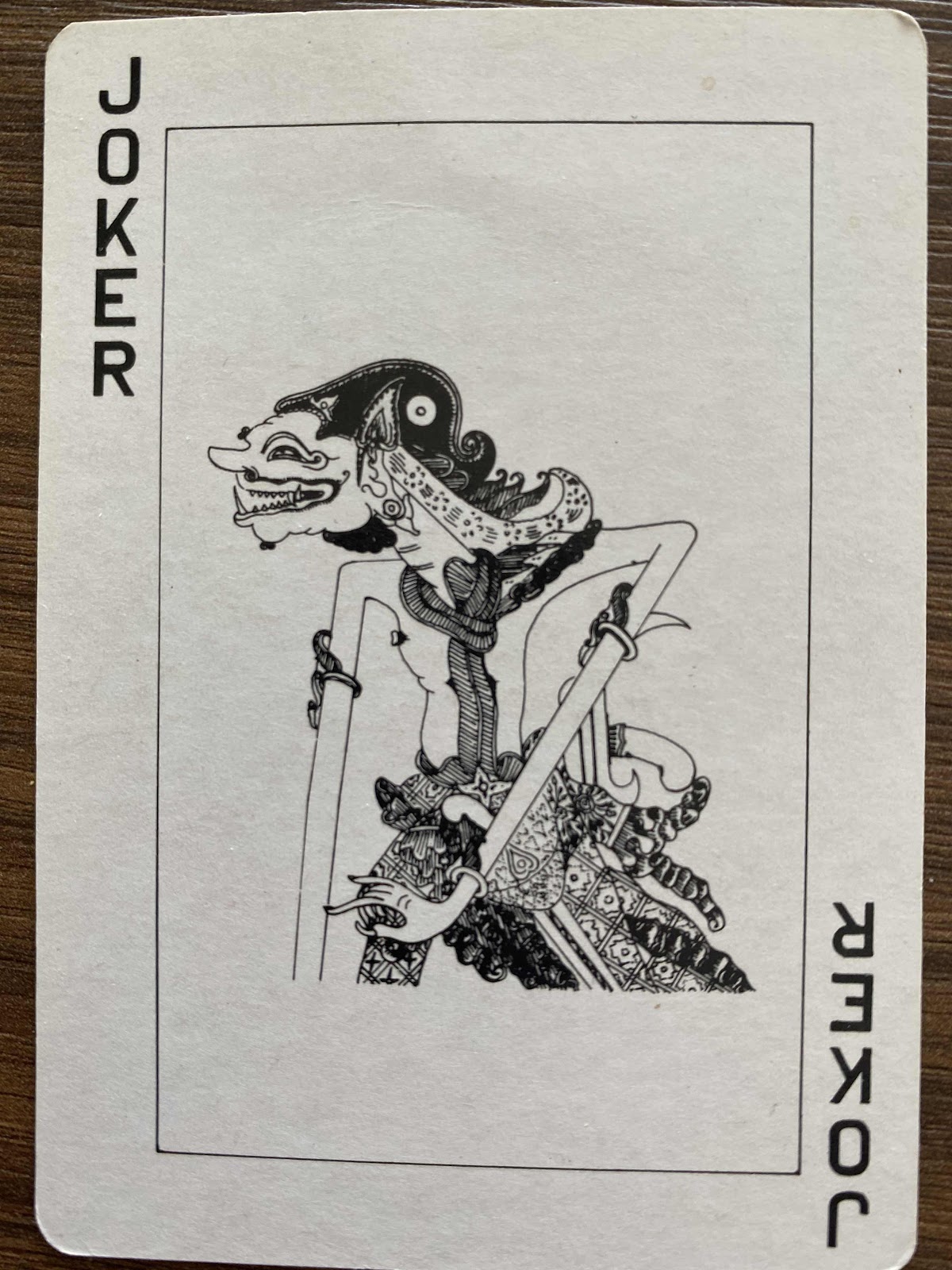 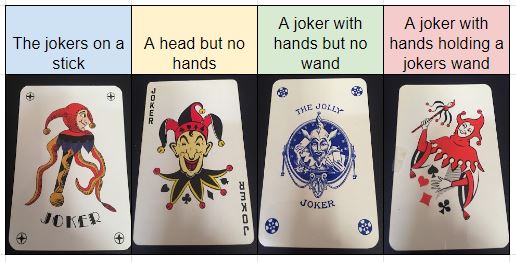 Lastly, click to see an Overview of My Joker Taxonomy.
Posted by Johne at 9:23 AM