This percussion article got obsoleted by a percussion joker article written in July of 2021.

In an orchestra, there are a few big categories of musicians and instruments: the string instruments, the wind (and brass) instruments, and the percussion.
The percussion is built around the drums but it includes bells and oddly, the piano. Should the piano forte really be considered a string instrument since after all, there are strings? That’s a question beyond my pay grade but it’s been explained to me that pianos, because you strike the strings rather than stroke or pluck them, counts as a percussion instrument. 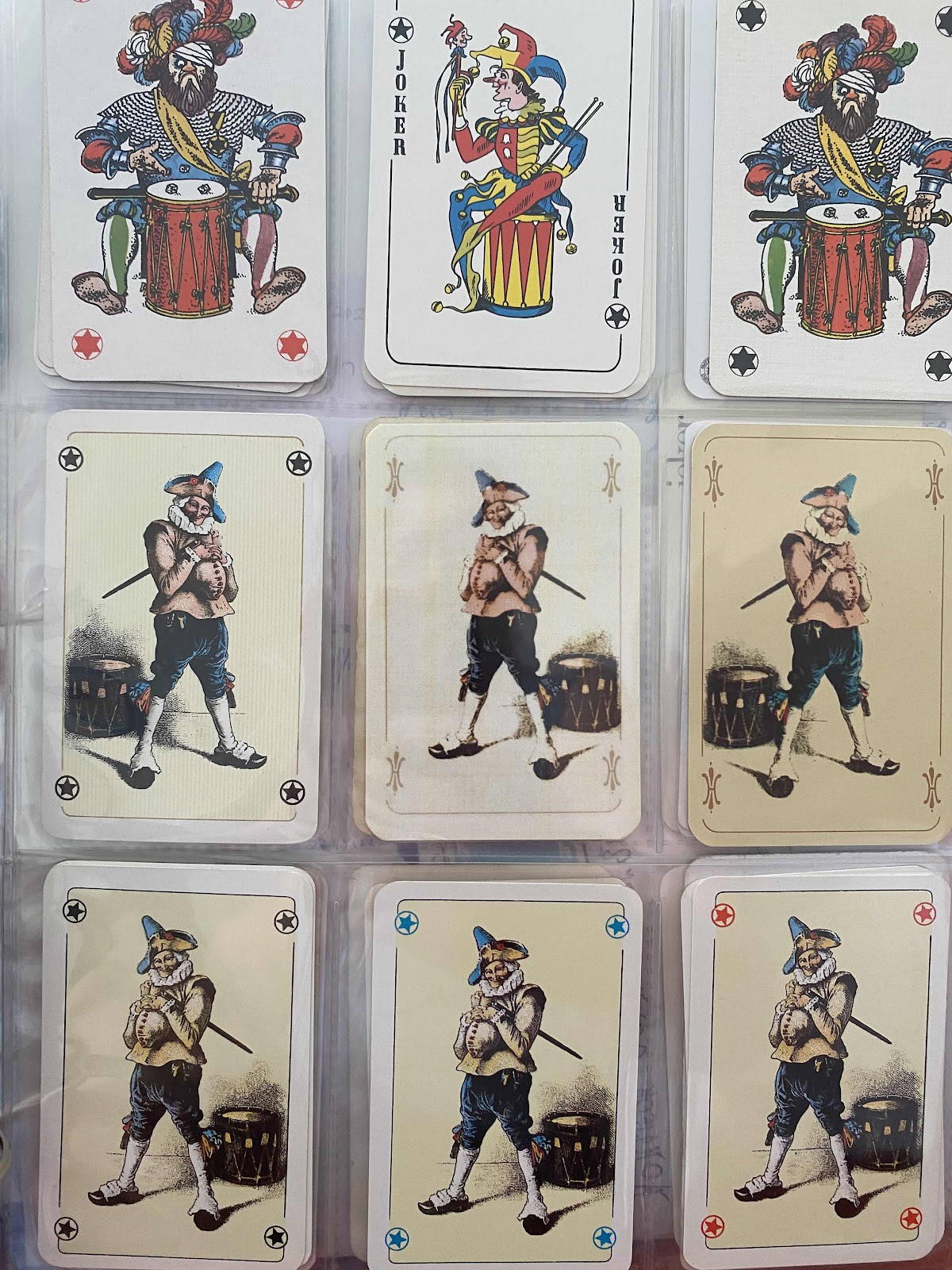 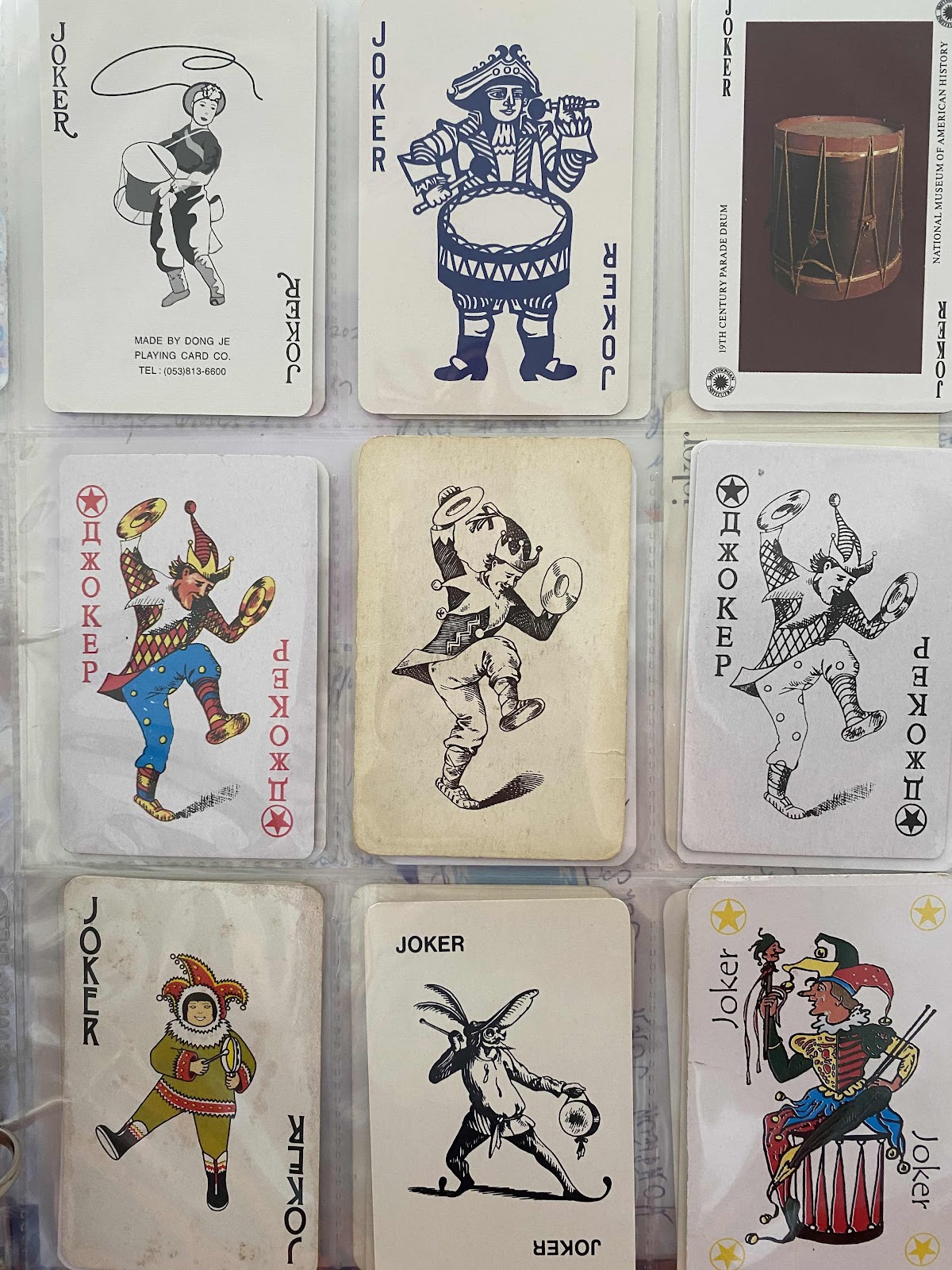 See the blue drummer in middle of the top row just above here? Janet Lane, another joker aficionado, informed the Facebook joker collectors group that:  It was made by RAP-IT Paper Company. It started in 1957 as a family business in Melbourne, Australia. It flourished.  In 1993 the name changed to RAP-IT Packaging. In 2002 things were grim as they went into receivership. It went to public tender. The brand name was sold with the manufacturing unit to T.P.A. Packaging Pty Ltd, which interestingly started in 2002. Now seems be Aline Packaging, their web address was Rap-It (not now). Aline is Australian owned. Perhaps bought T.P.A. and the Rap-It brand name. Not sure when these were made, I think when the original company was still going. Don't know who designed them either, any help appreciated. The play of words for rap it, like a drum rap, was a nice touch for the jokers. Rap-It of course in turn being a play of words on Wrap it. Good to have some Australian band members  ha. 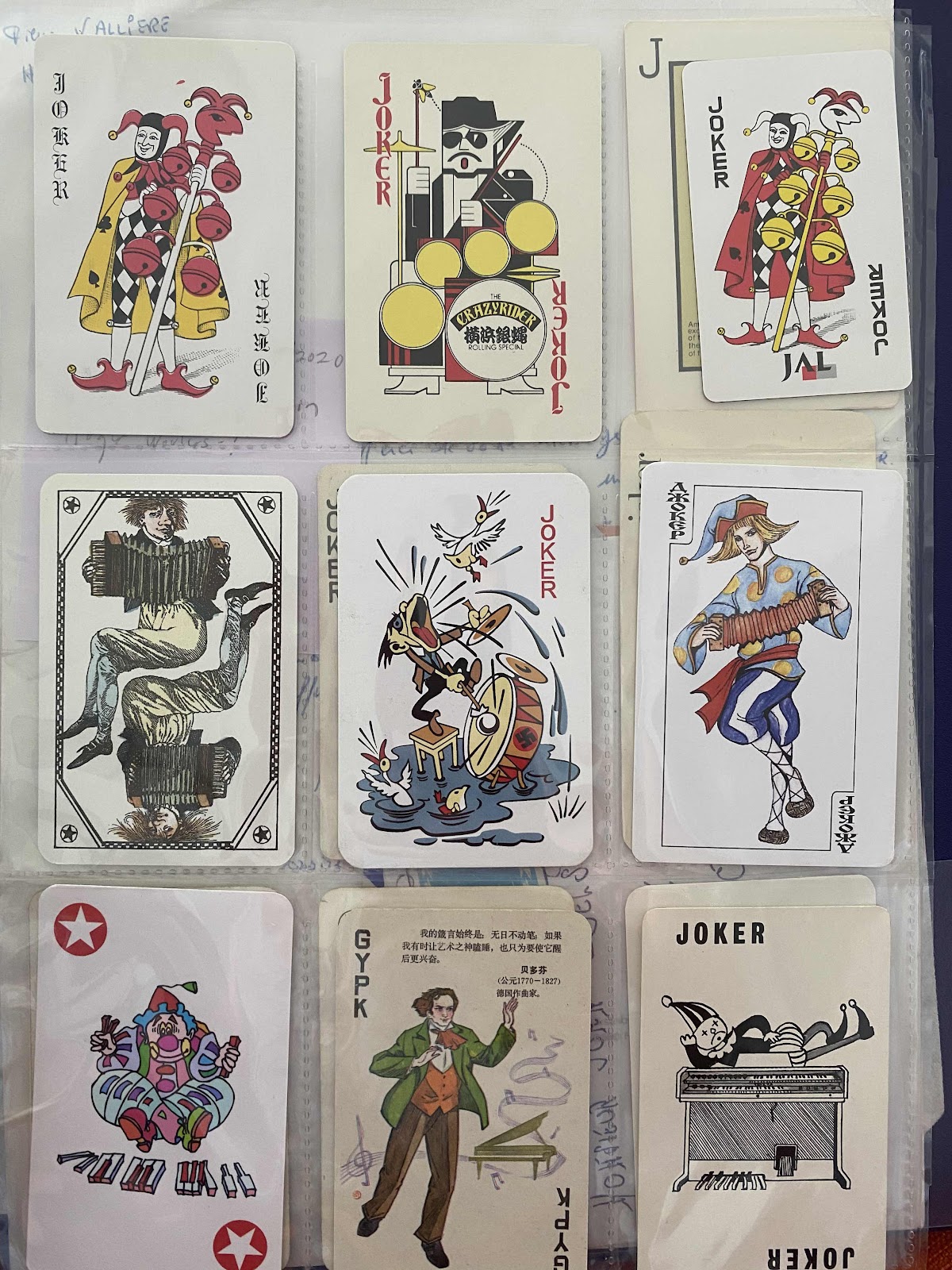 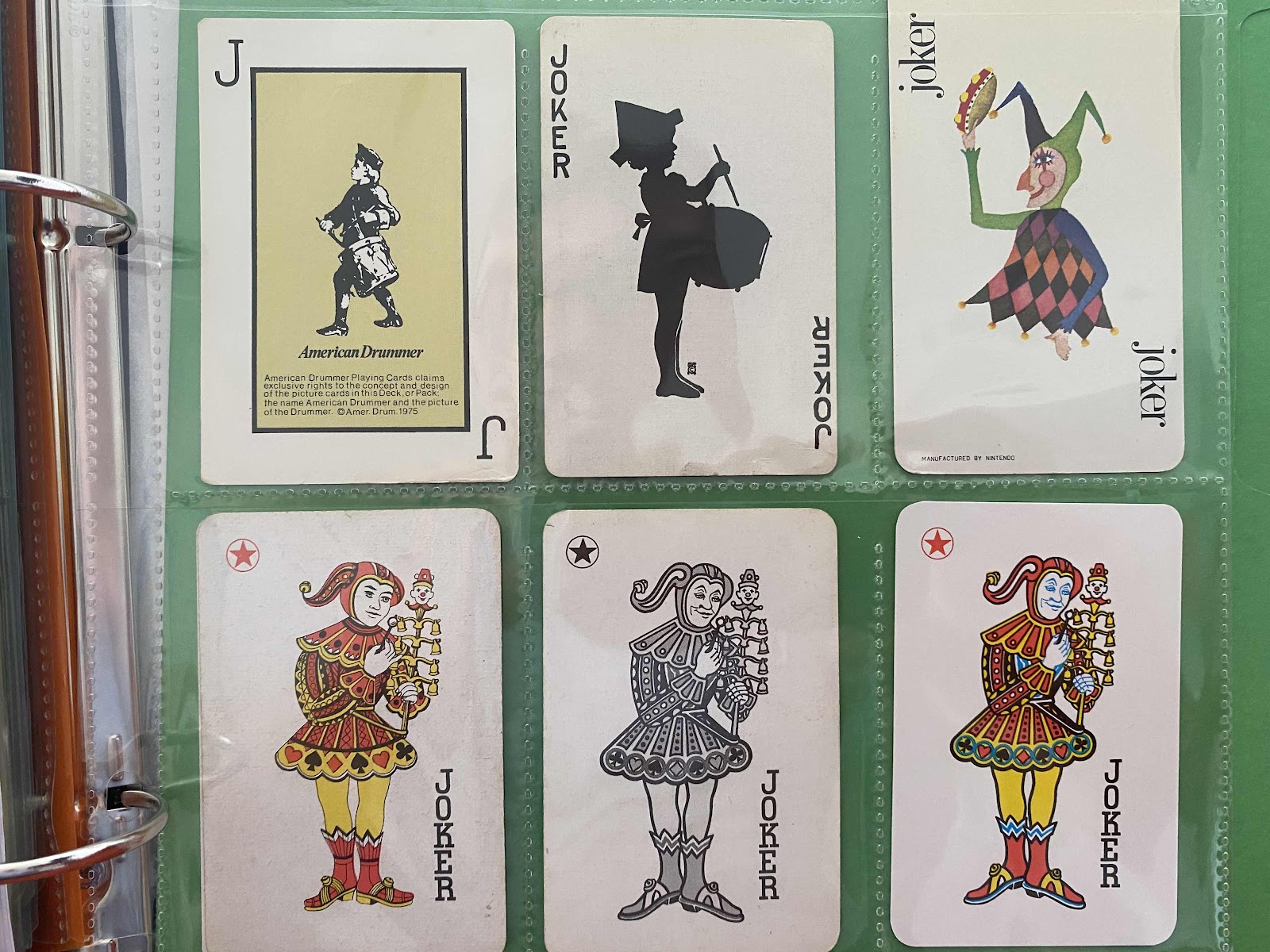 Want to see more musical jokers?
Plus, there are  jokers with Musicians including an Elvis section.
!
Posted by Johne at 3:48 PM