These are my percussion jokers, primarily drummers but also piano players, players of cymbals and bells, and at least two accordion players.  Take a look. Here’s one typical dummer. 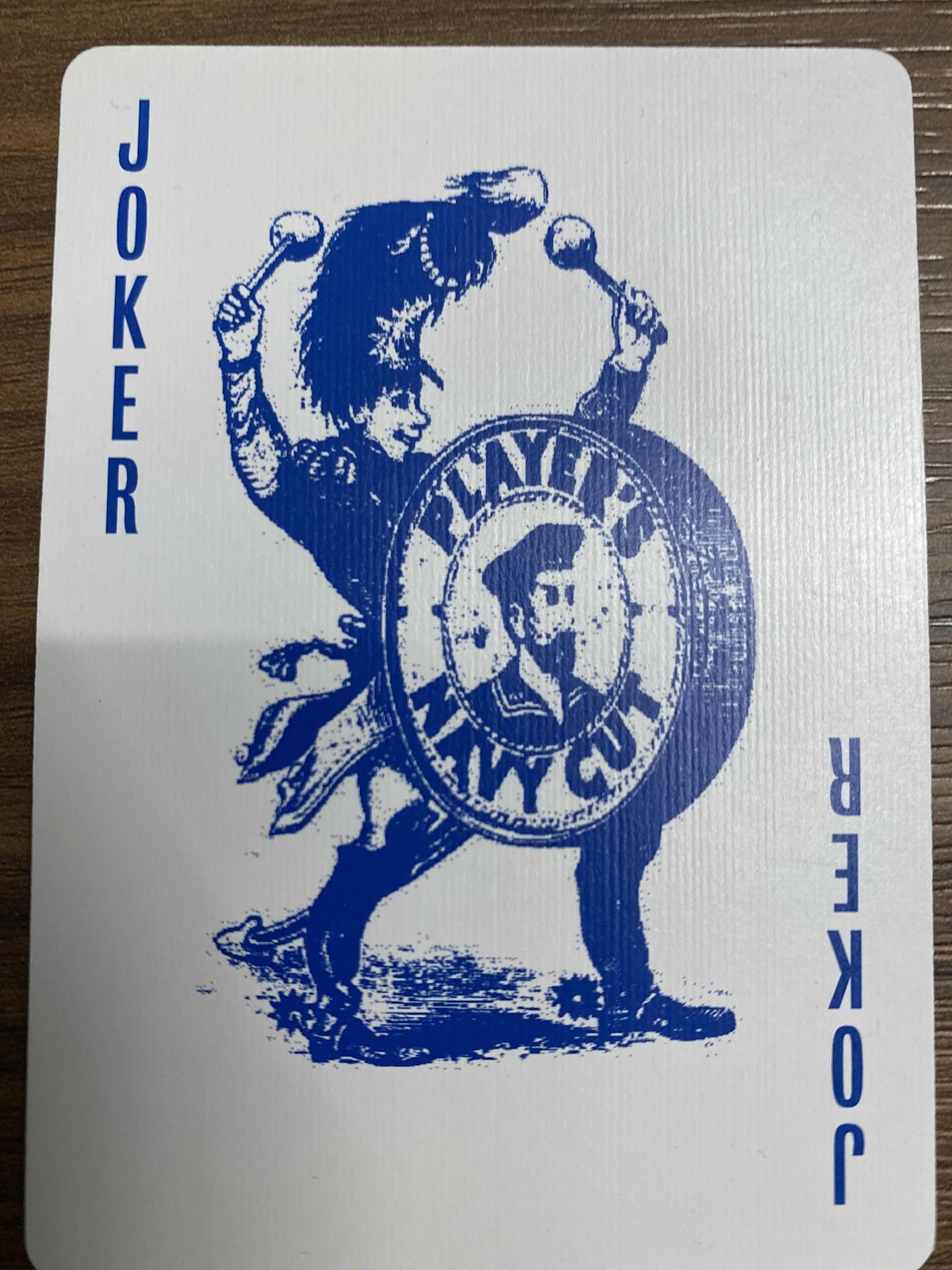 I should explain that there are percussion jokers elsewhere in the collection for various reasons such as they might be a part of a musical ensemble set (which has its own section) or have a two headed design which would put it in the topsy turvy section.

There's also this drummer who is in the clown section although he's clearly drumming.

And these dancers who have no wands, they have cymbals who are in the dancer section.  Are they mis-categorized? Should I move them?

And in the midst of the performers section (with no cards), I find these two who also could be moved to the percussion section.

There are another eight percussion jokers in the musical ensemble section so that the sets can stay together. For example:

Here are the ensemble shots of my percussion section. There about 58. 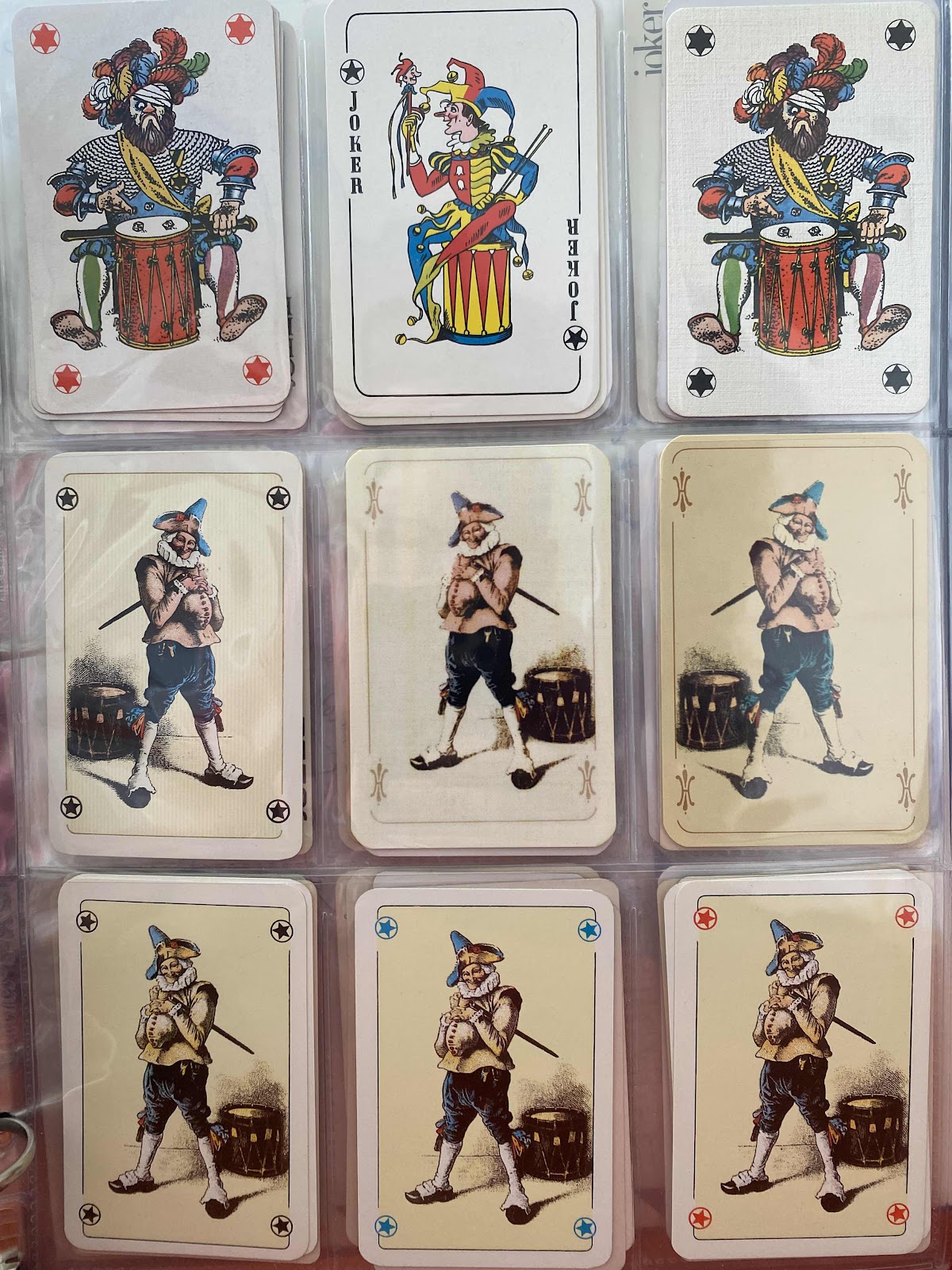 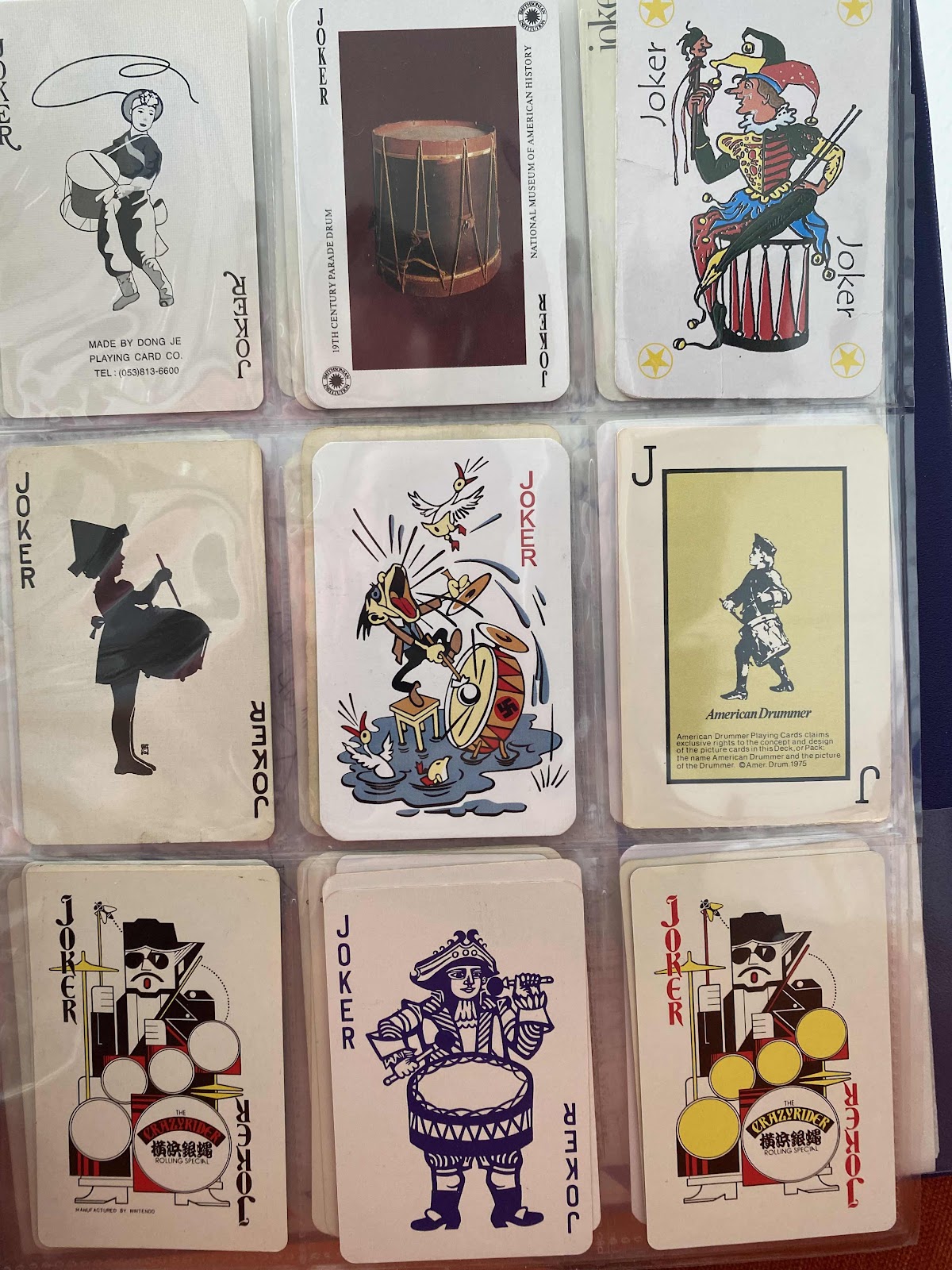 See the blue drummer in middle of the bottom row just above here? Janet Lane, another joker aficionado, informed the Facebook joker collectors group that:  It was made by RAP-IT Paper Company. It started in 1957 as a family business in Melbourne, Australia. It flourished.  In 1993 the name changed to RAP-IT Packaging. In 2002 things were grim as they went into receivership. It went to public tender. The brand name was sold with the manufacturing unit to T.P.A. Packaging Pty Ltd, which interestingly started in 2002. Now seems be Aline Packaging, their web address was Rap-It (not now). Aline is Australian owned. Perhaps bought T.P.A. and the Rap-It brand name. Not sure when these were made, I think when the original company was still going. Don't know who designed them either, any help appreciated. The play of words for rap it, like a drum rap, was a nice touch for the jokers. Rap-It of course in turn being a play of words on Wrap it. Good to have some Australian band members  ha.

This next section has the cymbalists and the bell players. 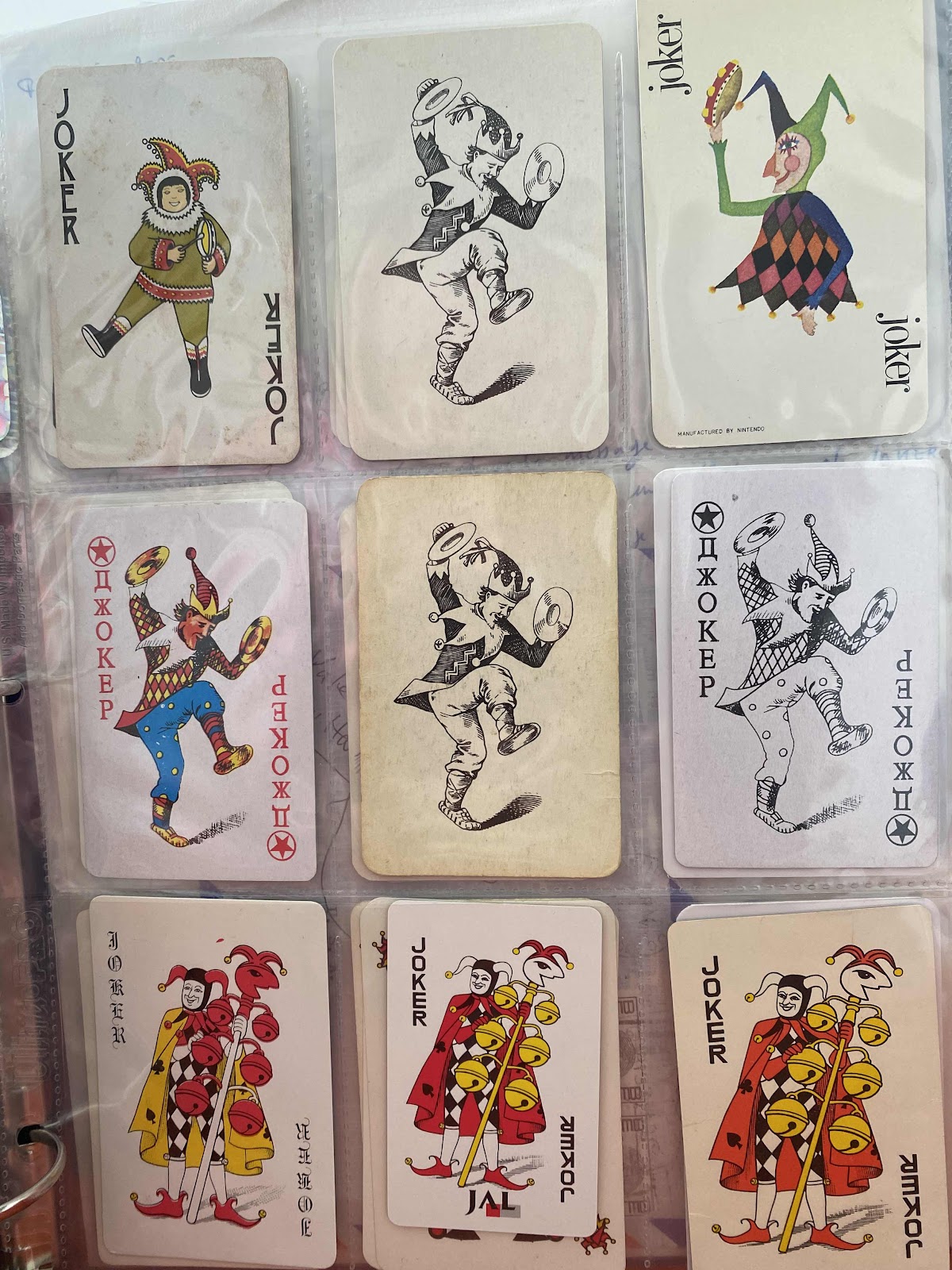 More cymbals plus a harlequin tambourine player and a rabbit with some sort of drum. There are also the piano players who oddly, count as percussion (even though they are stringed). There are two below with instruments that I am hard pressed to identify. Perhaps they are rattles? 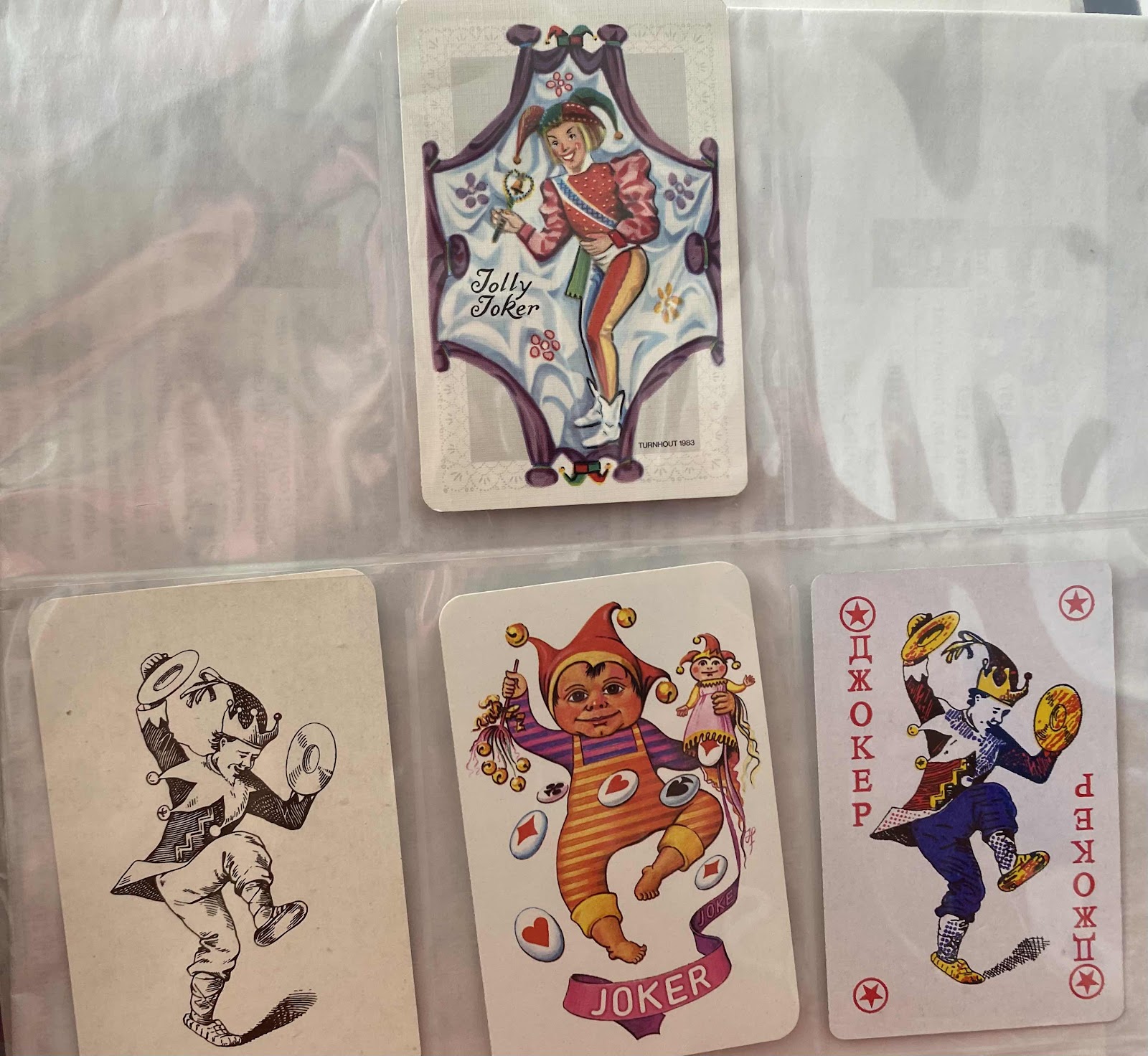