I'm  trying to understand the mythology or folklore behind two jokers designed in the late 1800s. One deals with some Easter symbolism, the other relates to a "Put the Evil in the Box" type story. Let's start with the latter one. Note there were initially four mysteries about imagery but two of them have been illuminated to my satisfaction, you can read about them below the two live mysteries.

The Devil in a Box.  My first mystery is the image where an apparently good little mythical creature is capturing an evil little creature in a box or trunk. It has a caption of “Iv'e got him” sic."

On this card, an apparently good little mythical creature is capturing an evil little creature in a box or trunk. It has a caption of “Iv'e got him” sic. It's in the tradition of the “Diable en Boite” or “Devil in a Box" French stories. The story of Pandora also comes to mind.  Does this image reflect any story that might have been known in the US in the late 1800s? 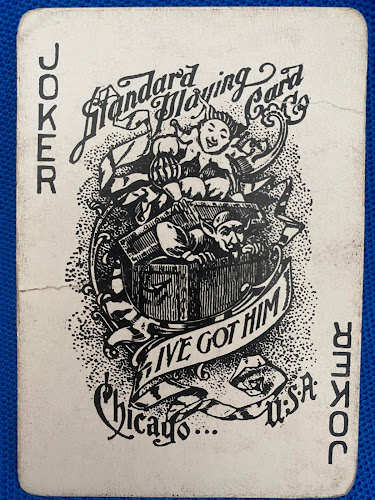 They might be imps or elves or spirits or leprechauns (weren’t the Irish immigrating in great numbers at that time?).   It was first published in 1895 by the Standard Playing Card Company based in St Louis and Chicago. Hochman. SU11 JAP #20 P140 is the first reference. 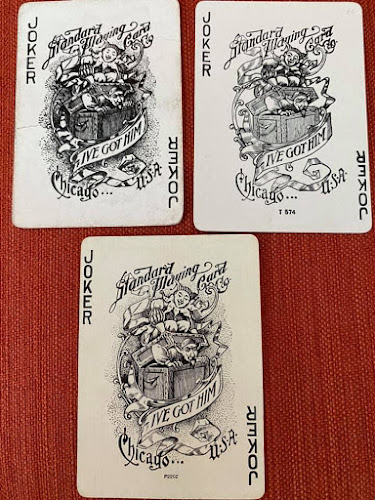 This next joker card was first published in 1885 by National Card Company of Indianapolis and NY and it shows a bunny rabbit being hatched from an egg. Behind him, there are two small mystical creatures with a tool for hitting, sort of like a pick axe. It has an acorn on it. It is either to help the bunny break the egg or to bonk the bunny on his head.

While it's clear that the little folk are surprised, it's not clear to me whether they are scared by the bunny or just surprised.  It appears, using current thinking, to be Easter-related. Anyone know anything about them? 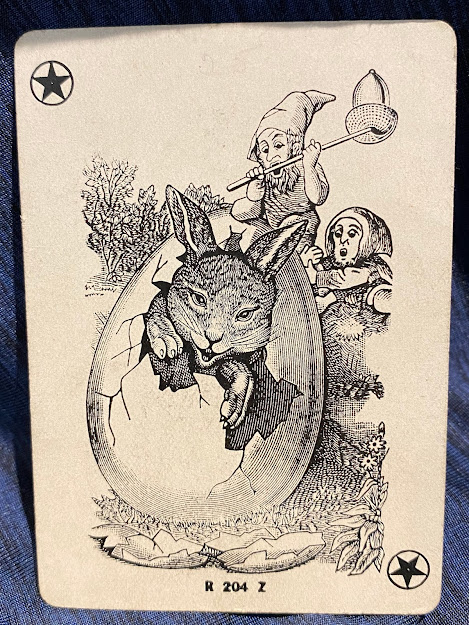 This joker started at the National Card Co, Aladdin deck but became a USPCC brand through acquisition. Hochman. NU6 Aladdin #1001 c1885 P110.
This imagery seems to have been picked up in a number of more recent jokers. Below on a set of 9 notice the middle row middle jokers and the lower row, middle jokers. In the middle one, the witch emerging from the egg is clearly a bad witch. 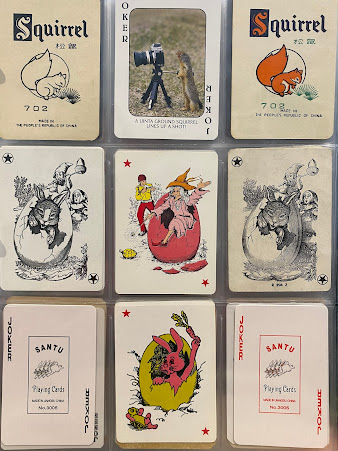 The Brooke's Soap Monkey with His Human-Headed Jester Wand.

This monkey joker is among my favorites. It has a monkey holding a jester's wand which, unlike almost all jester wands which feature the head of the person holding it, it has a person on the end. It’s the head of Punch from Punch and Judy, descended from the Italian tradition (thanks Dan!). BTW: This idea that the jester's wand, or baubble, might have a head different than that of the holder is explored in this article about designing my own jokers. 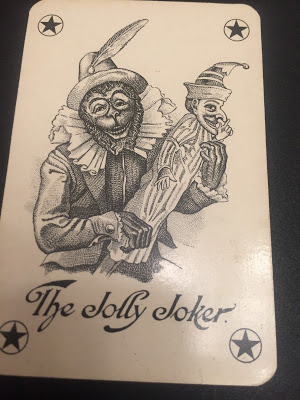 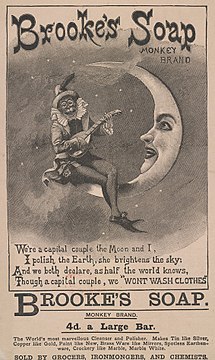 This fourth set of images on jokers with the little mystical Brownie creatures is no longer a mystery to me. They are the Brownies as depicted by Palmer Cox in the late 1800s. They were widely known back then as the Palmer Brownies. They were popular in cartoon strips, books, and video games. OK, I'm kidding about the video games but they were so popular that the name was used for a Kodak Brownie Camera, the youngest girl scout levels, and a brand of mixes for chocolate Brownies.

I wonder sometimes how much the National Playing Card Company (Indianapolis and NY)   paid for the right to put these brownies on their jokers. 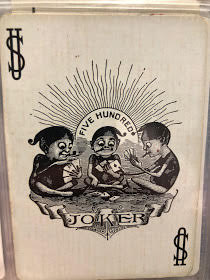 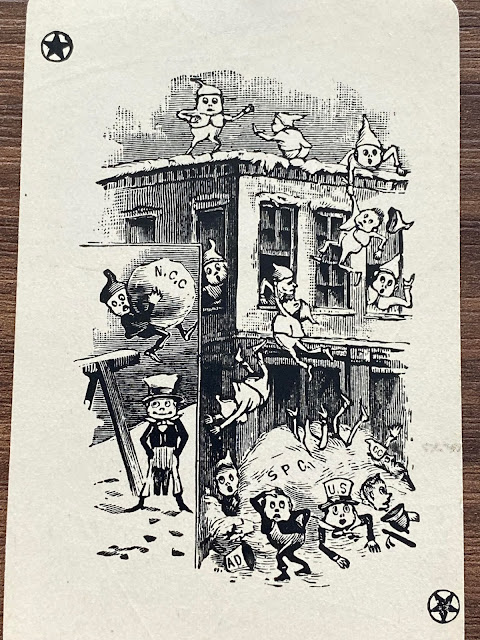 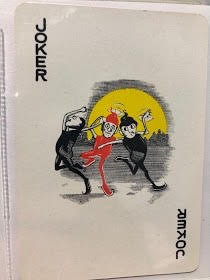