This article is an old one about advertising. There are updated articles which segment this into: Casinos , Cigarettes,  Liquor and Drink,  Desserts, and  Coca Cola Jokers   34
The next set of advertising jokers are for cigarettes and liquor with a few desserts thrown in at the end. But it starts with an advertisement for a fancy perfume. At least, I assume it's fancy. 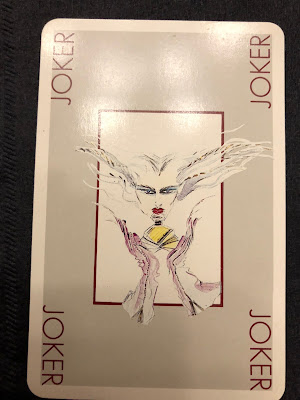 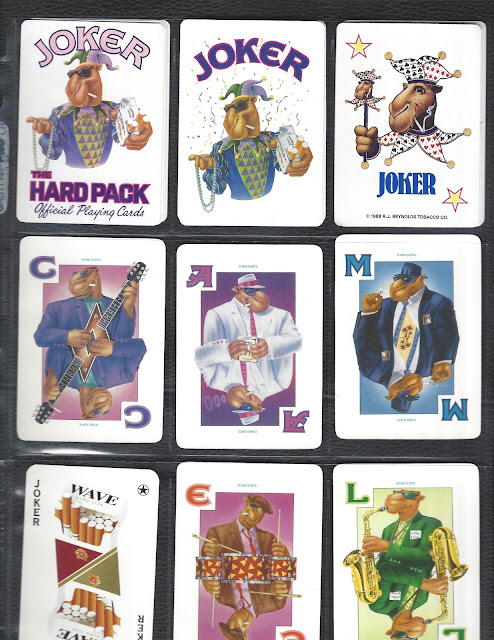 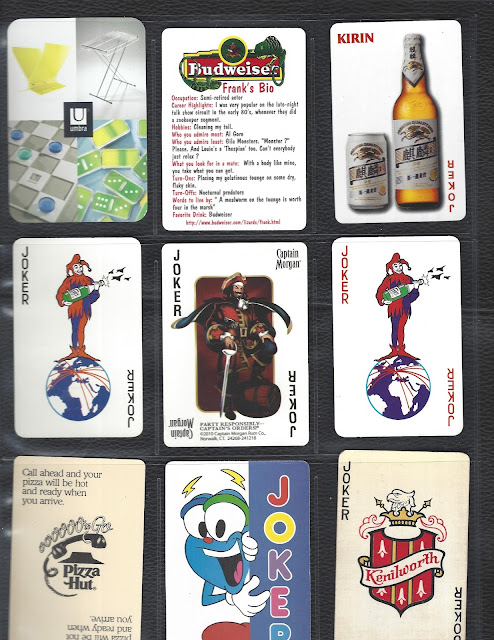 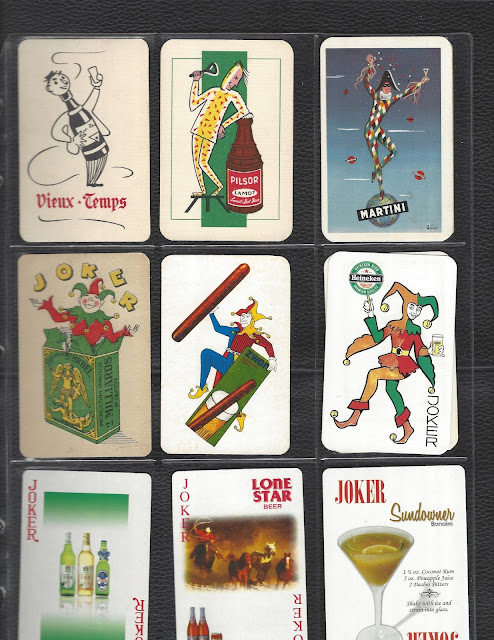 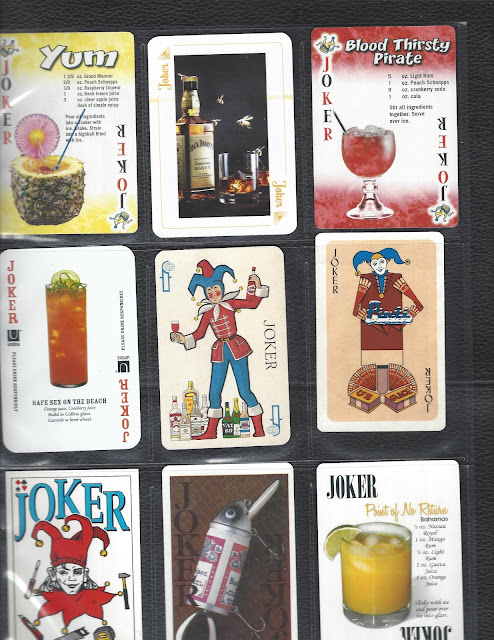 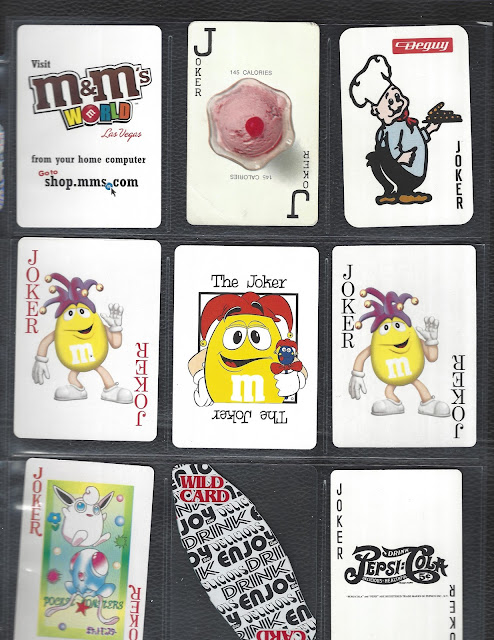 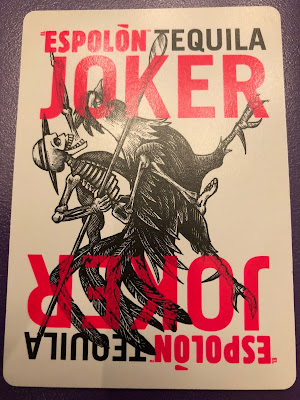 This joker is holding a hand of cards and a beer. The deck was made by Léonard Biermans from Turnhout, Belgium, c1970. The ace of spades is particularly lovely with the sun shining its light over the earth, the joker-character holding the earth on his back like Atlas holding the world, the spade itself seems to be a sort of amniotic sac protecting a plant, the dog in the jesters hat, and the little person looking out at us. The joker character, not as elegant in my view, has the same character from the ace of spades (where's he's holding the world) but now, he has four aces in one hand and a beer in the other. 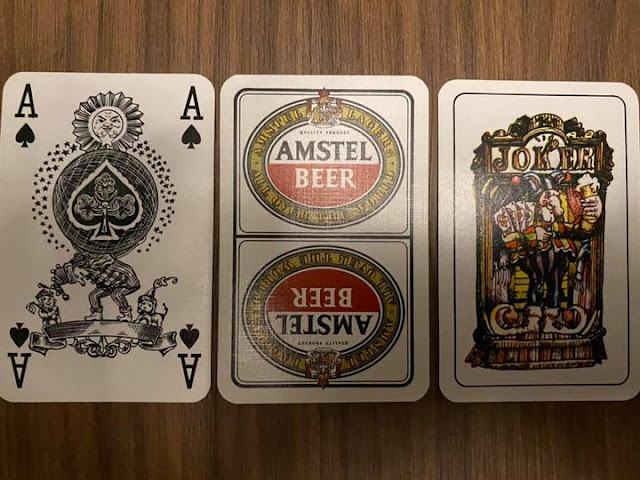 Here are the jokers with advertisements on them:

Want to see jokers that advertise for casinos?

Or how about jokers that have pictures of girlie pinups and such things?
Posted by Johne at 9:20 PM