This is a series of articles looking at my early American jokers historically:
- Dougherty
- NYCC jokers
- USPC Jokers including Bicycle, Congress
- National Card Company, Kalamazoo, and Perfection too
-  ARRCO Playing Cards
(and others, coming soon)
The NYCC story is that of Lewis Cohen and his family. He was born in NYC in 1800.He developed and patented a four color card printing process which allowed him to grow and prosper while focusing primarily on playing cards. He shared the patent with three relatives who grew firms run by a Cohen, a Levy, and a Hart. Under competitive pressure especially from Dougherty, they reunited in 1871 as the Consolidated Card Company. They were acquired by USPC in 1894 and remained an independent subsidiary until 1930 when they became Consolididated Dougherty.
The first of the NYCC jokers that I have is NY47a Patent Squeezer #19, c1876 (hochman P58). Below front and back. 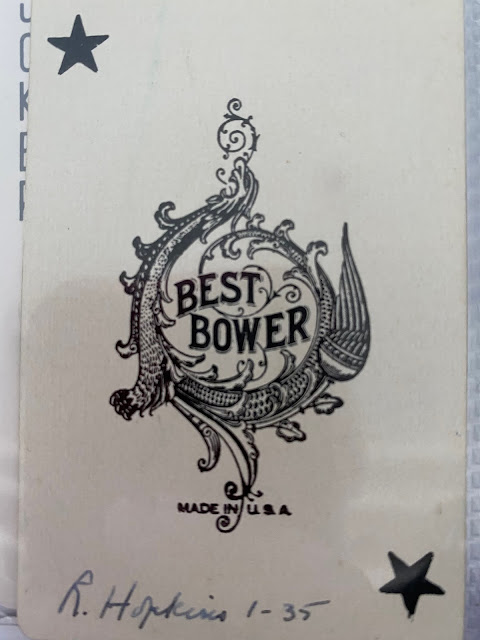 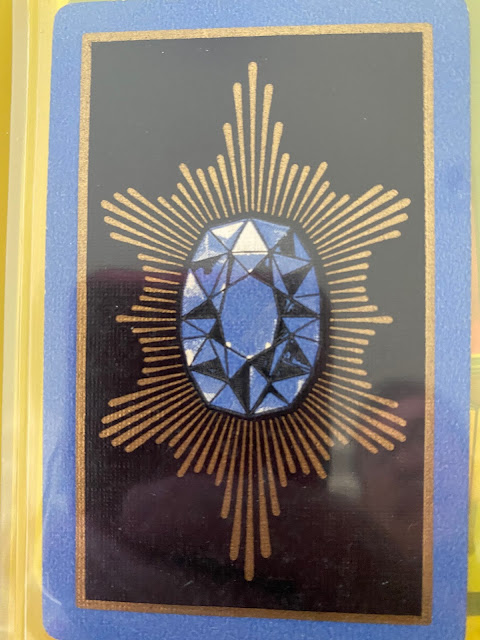 The second NYCC is  the NY49 Squeeezer which celebrated their winning of a Gold Medal at the World Exposition in Paris.
I like thinking about World Expositions as an insight into how hard it was in the 1800s to get information and see the wonders of the world. I love the idea that people would travel and spend a month learning about what existed in the world.  The New York Consolidated Card Company spent considerable effort to be part of the 1878 Paris Exposition (Hochman P58, McKinstry P144). NYCC took the Gold Medal for best playing cards and this joker, first introduced in 1880, commemorates it.  Americana Section 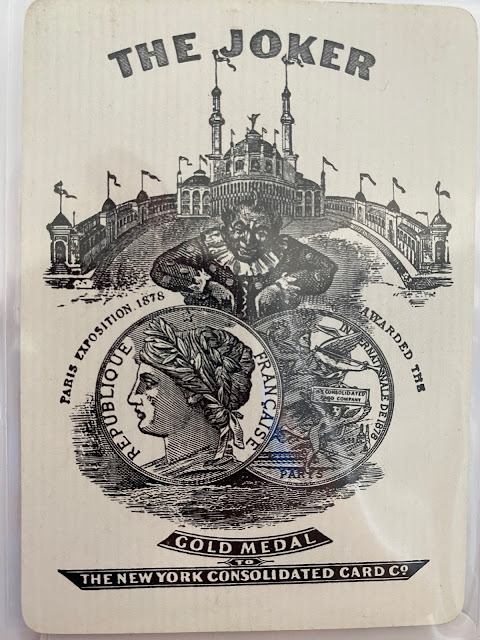 Here are two more World Exposition jokers, also from the Americana section.  Neither are NYCC. The left one is I think the St. Louis World's Fair. It was published by Cuples of St Louis and NY. 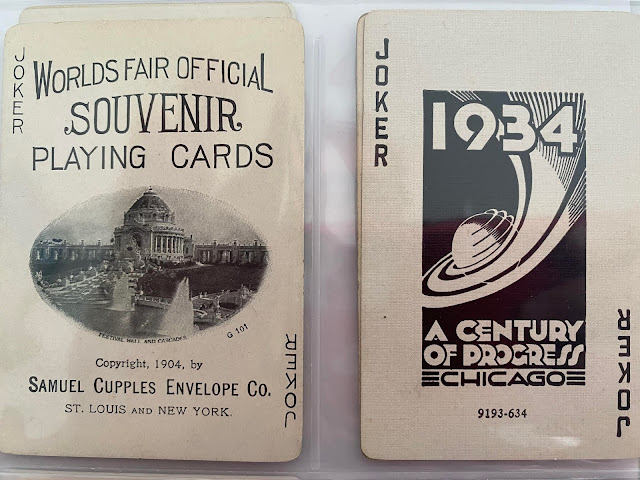 This joker descends from the NY51 Triton #42 c1890. Hochman P59. But mine has the "Reg U.S. Pat Off" mention which doesn't appear in Hochman picture. It is in the travel section under vehicles maritime. 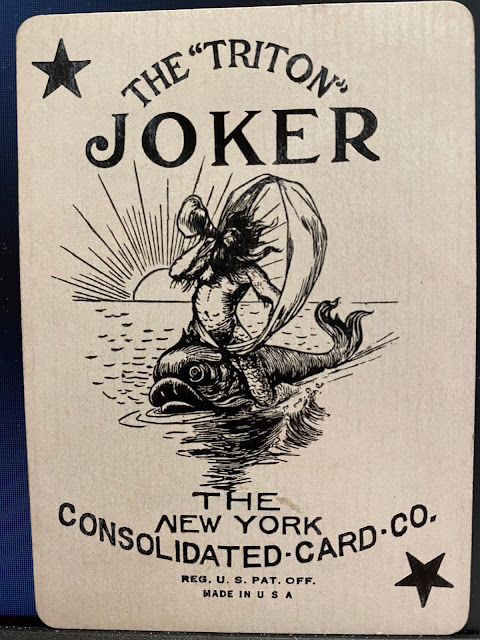 The two jokers below from my collection illustrate how one design would remain while the company around changes. The first one on the left is a NYCC60 Bee #92 c1895.  This card would probably have been printed sometime between when it was introduced in 1895 and before the acquisition of NYCC by USPC in 1930 when USPC merged NYCC and Dougherty into a single USPC division called Consolidated-Dougherty, represented by the card on the right. They're in the animal section, flyers subsection, along with many other variations of the BeeBoy joker. 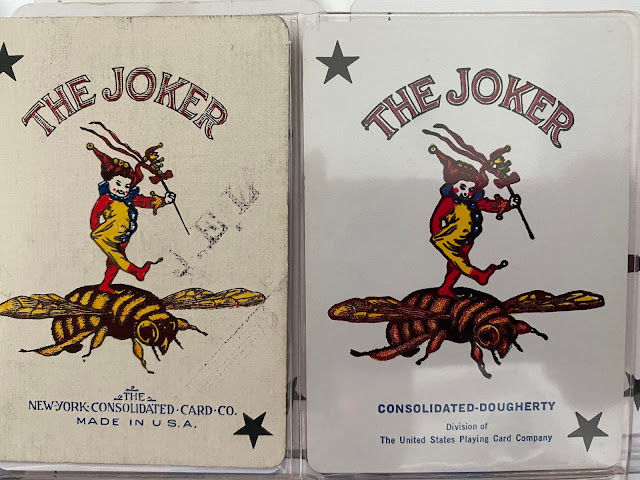 The NYCC 62a Deluxe #142 was a very popular bridge size deck. Hochman P62. I have two of them, they're in the jester section, clown subsection. 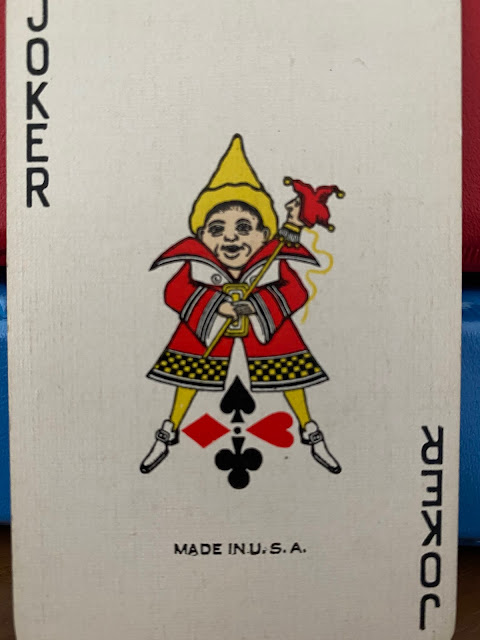 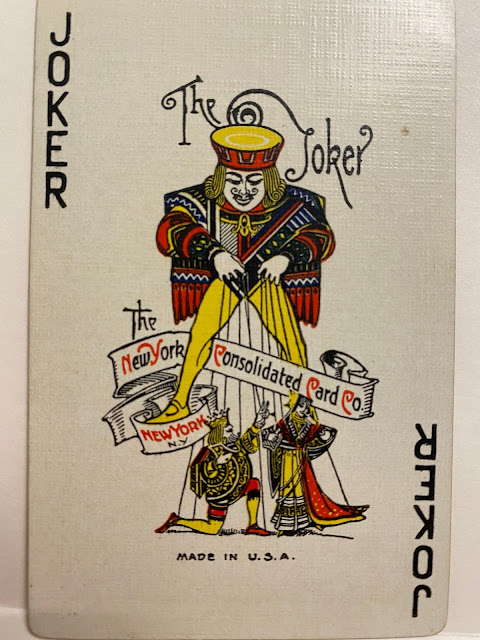 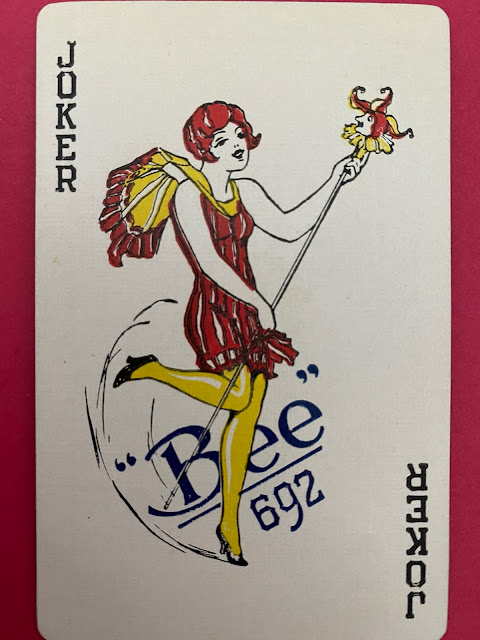 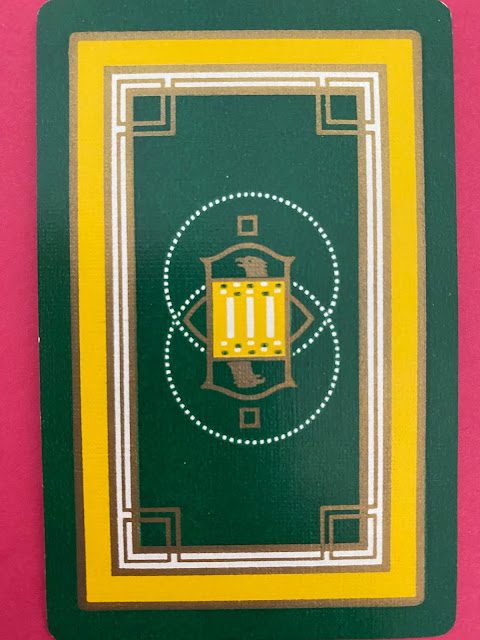 Want more history of Lewis Cohen?  Lewis Cohen initially founded LI Cohen Stationery Store. He printed his first deck of cards in NY in 1832. He developed and patented a four color card printing process which allowed him to grow and prosper while focusing primarily on playing cards. He shared the patent with three relatives who grew firms all of which were consolidated into one much larger firm: the New York Consolidated Card Company. NYCC published from 1871 to 1894 as an independent firm. They were acquired by USPC in 1894 and remained an independent subsidiary until 1930 when they became Consolididated Dougherty.

Other History of Joker Articles

- National Card Company, Kalamazoo, and Perfection too
-  ARRCO Playing Cards
Posted by Johne at 12:25 AM