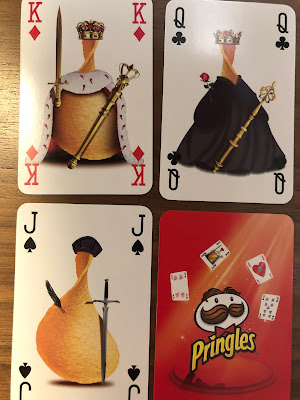 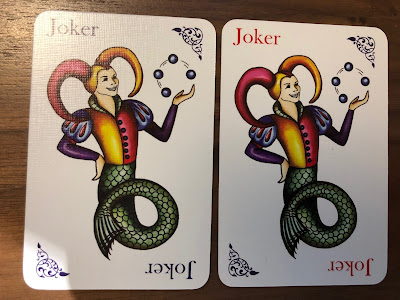 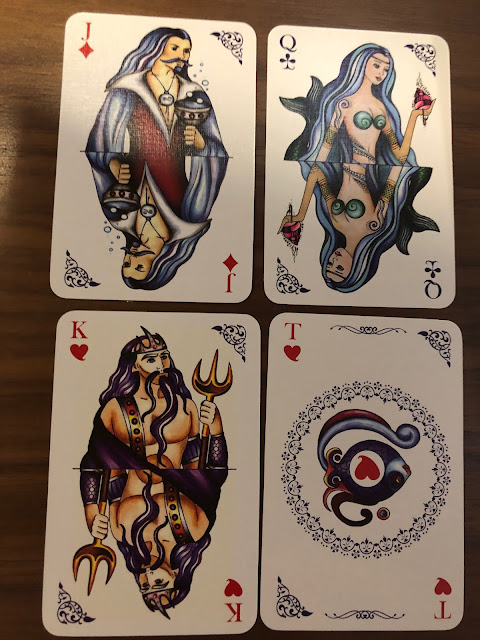 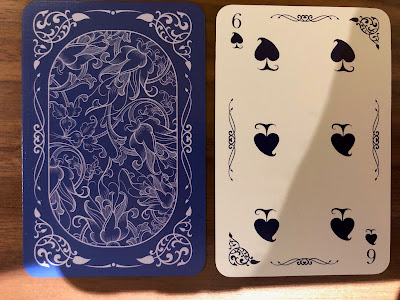 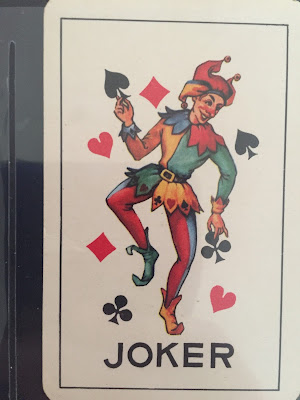 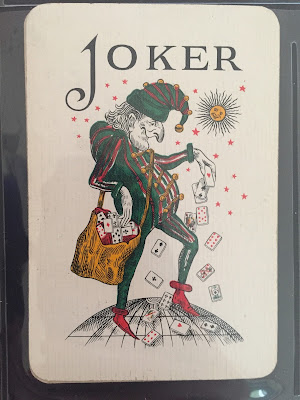 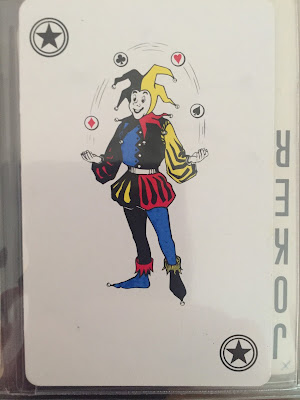 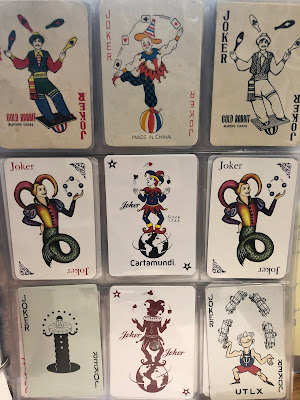 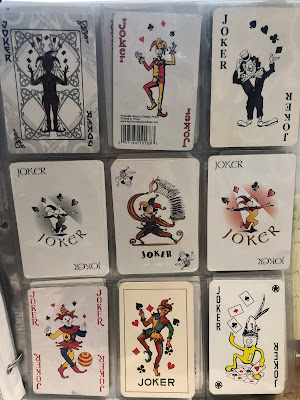 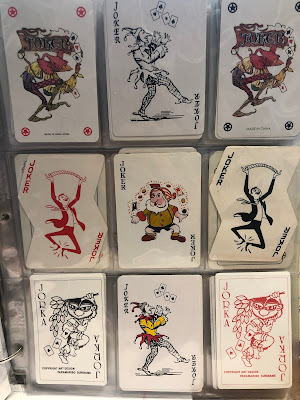 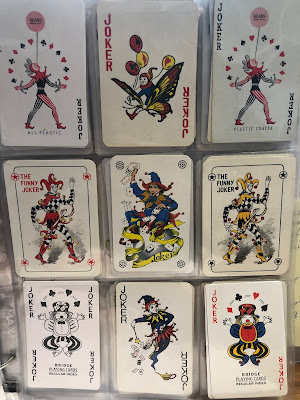 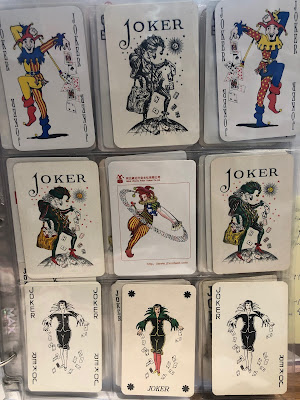 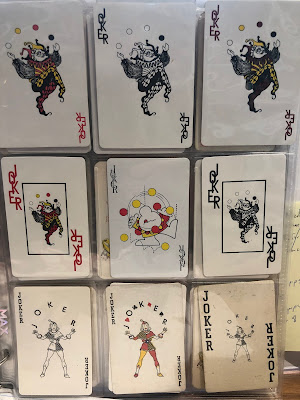 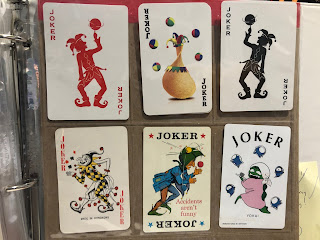 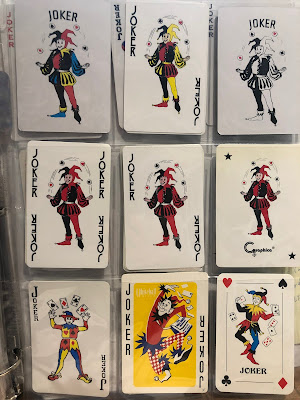 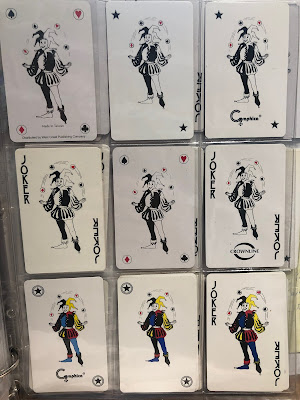 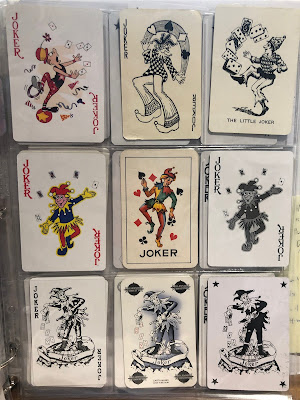 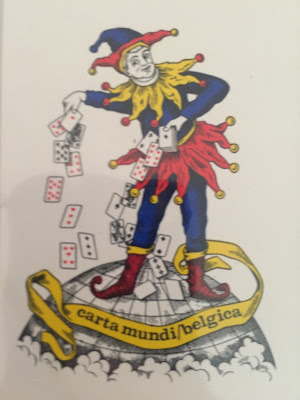 I've recently received a bonus at work so now that I'm flush, I'm focusing on building my joker collection.  I tend to win about half of the auctions that I bid on. I'm still getting a feel for the market. Many of the jokers are sold in groups of 9 and I already will have 7 or 8 of them. So on these, I tend to get outbid since they can go into the $20s for people who are acquiring a large number of new ones. For  me, who is just getting 1 or 2 new ones, it's too pricey.

I tend to win the singles when I not only don't have them but also really like them. Here's some updates from today on playing card joker buying...

For instance, this next one is an ongoing auction at this point. I really want this one since I've a thing for good devil figures but I'm bidding way past my comfort level for an individual playing card.

I just won this antique looking joker. I like it because I know that it's a US Playing Card joker by the symbol in the corner. And I like the romance of the scantily clad beauty hanging in sight but out of reach on the crescent moon.  I'm pleased to have bought this one. I think I paid $7.00 for it.

To be frank, I sort of wish I hadn't bought this one. I only bid $4 and I won it. It just doesn't do anything for me. I know I'm supposed to love all my children but this is one that doesn't seem to be true to the traditions and spirit of playing card jokers.  Oh well, that's why I have big albums, some have to go in the back.
This spooky figure is very appealing and it was also under $7.  The picture from Ebay of this card is not so clear so I can't wait to get the original. I think it's a skeleton face but I'm not so sure.

This next one is one of my favorites of the week. Bought it for a cool $4.00. It has a juggling leprechaun.  As we all know, juggling is both a favorite theme (and skill) of mine and a traditional joker theme.  And I like mystical creatures like leprechauns and their distant cousins, gnomes. Of course, I'm not sure that I've ever seen a gnome joker. As I write this, I've started searching for the page on my blog where I highlight juggling jokers and I find, to my surprise, that I've never really put together a section themed by juggling. There are juggling jokers but they are scattered throughout organized along other themes. I did find 6 juggling jokers on one page in an album so I've reproduced that below. Along with a pair of naughty gnomes whose image j'ai volé...

Here's a sampling of a traditional joker theme: juggling. Here they're mostly jokers juggling balls. More often, they are juggling (or magically suspending) large numbers of cards in impossible formations or juggling the four card suits in different ways...

Are gnomes verily related to leprechauns? And what of their mysterious mistress?