My scary section - the mystical jokers - has grown and split. This article announces a newly created subsection: Skulls! Like this Mexican (Anyone know if this joker is really Mexican?) beauty. 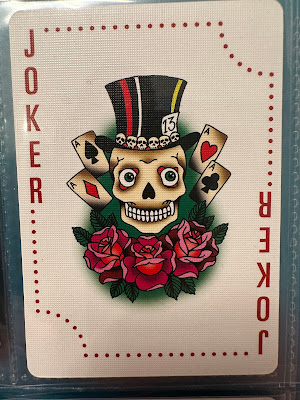 I think this jester skull has more of a North-of-the-border American look... 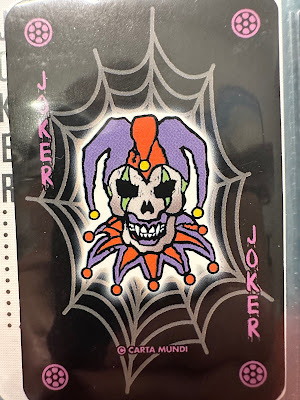 Here's the inventory of all of the skull (and unattached limbs!) section. 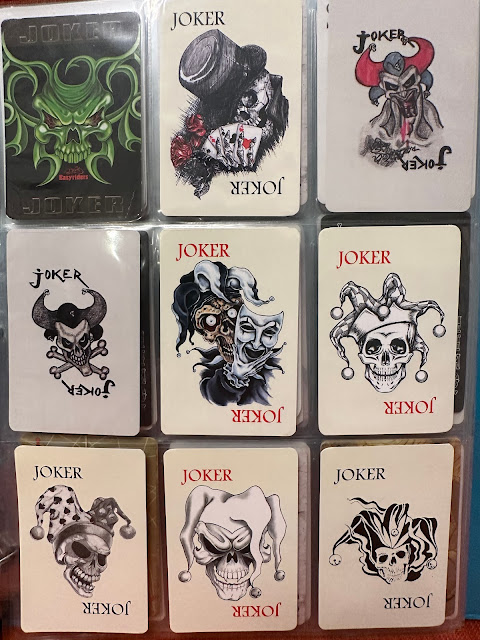 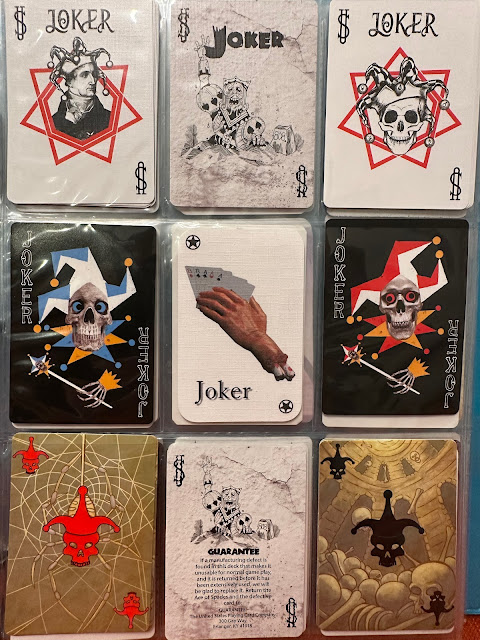 Here's not a skull, but another unattached body part: An arm!  I think it's a Dead Man's Hand. In poker, the term dead man's hand goes back into the mid 1800s. The term has also been linked to the poker hand held by Wild Bill Hitchcock when he was shot during a game in 1876. Reportedly, he had the ace of spades, the ace of clubs, two black eights, and the queen of clubs. Generally the term "dead man's hand" is used for a two-pair in poker consisting of the black aces and black eights. 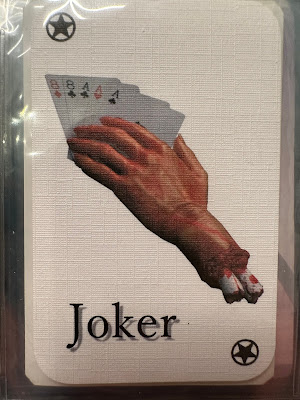 Here's another set of nine. I wonder if that arm could be hooked up with one of the others that seems to be so deficient in limbs 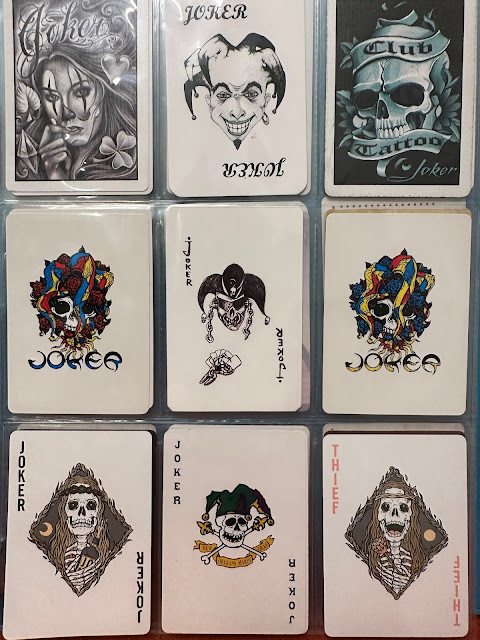 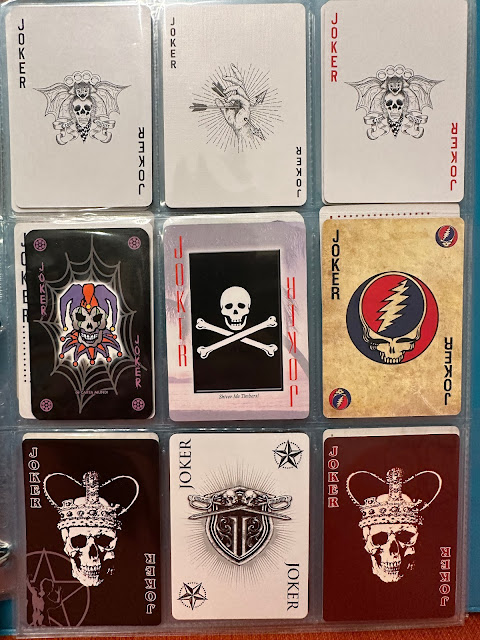 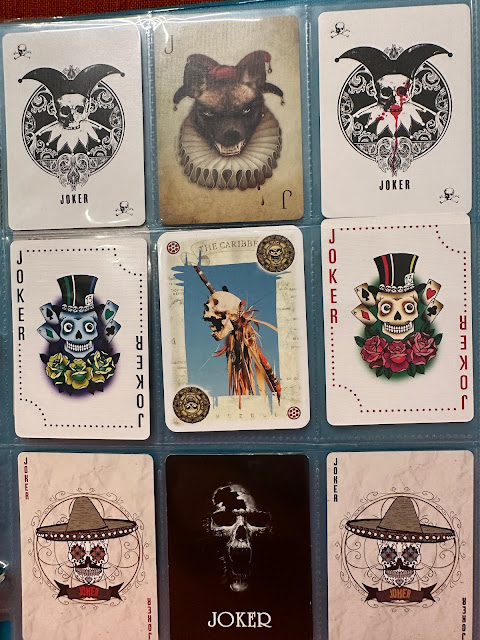 The most recent mystical or scary section is still online and includes the skulls (only for the moment, I do intend to remove the skulls from the overall mystical section).. The others are made up of  demonic characters, pirates, skeletons, and some things in the middle.