The joker below is based on a famous enigmatic painting by Jan Matejko in 1862. A copy of the painting is shown below. In the painting there is a distraught brooding court jester who contrasts dramatically with his character and the festive court ball visible in the background. 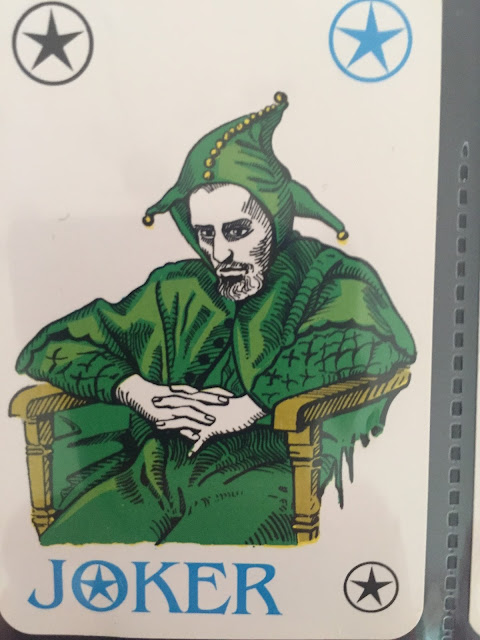 And thanks to Ronald Kruijmel of the FB Joker Collectors Club for first cluing me in to the origins of this joker.
I believe all of these are derivatives of that painting but I could be wrong. Perhaps they are all just using a common "look" for a jester unrelated to the painting. Opinions? 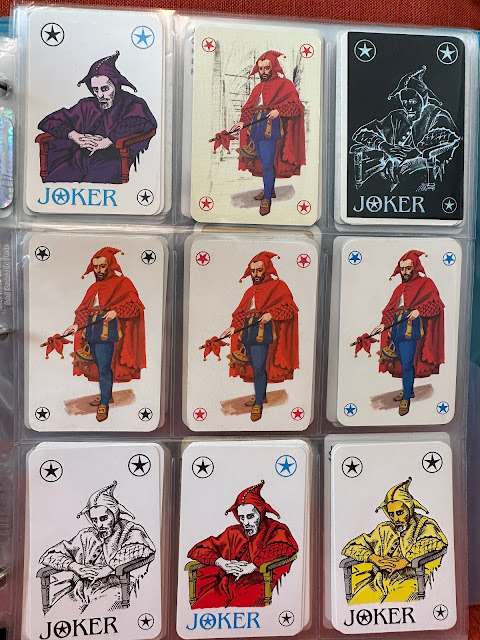 And here are their backs... 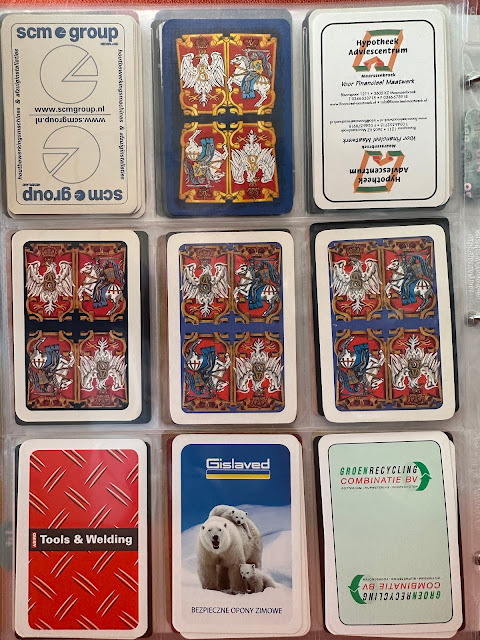 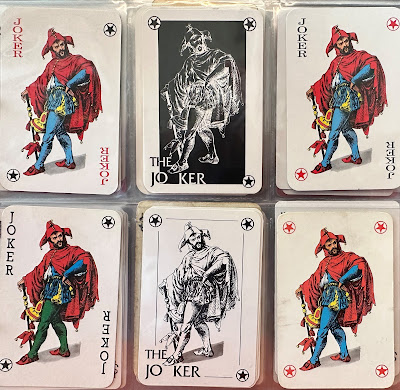