In the summer of 2018, I had an extended business trip to Chicago. I remembered that there was a joker collector on the Facebook group in Chicago. I contacted him and we met. So far, Dan Nordquist is the only other joker collector that I've met face to face. 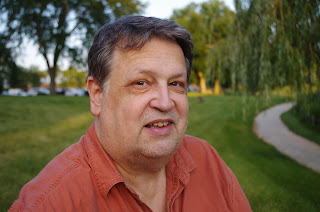 Dan is charming, very knowledgeable about the history of jokers especially the early American jokers, and has a wonderful collection particularly of early American jokers.  But what struck me most was his story that he had started collecting jokers as small kid along with all the other kids in the neighborhood. And since they talked about jokers and started seeing the same designs over and over again, they gave them nicknames.
I asked him if he could remember the nicknames and whether he minded if I shared. Here they are:
He called this joker: Head. 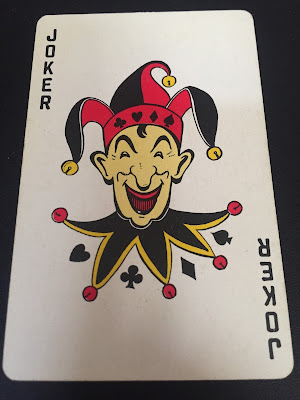 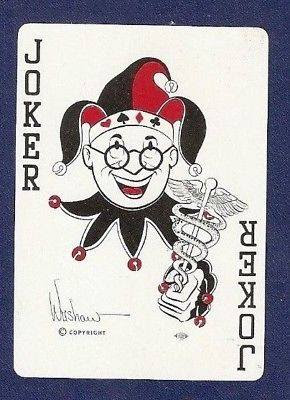 Another anecdote that I found interesting that he shared was about his "little gang of 5th and 6th grade joker collectors" and I quote:

We decided to canvas the entire neighborhood for decks that had interesting jokers.  We told everyone whose doorbell that we rang that we were gathering old and maybe "stale" decks for an old folks home.  We discovered a few new Jokers this way ( such as "Livingston" ) and although we initially were just using the old folks thing as a pretext, we ultimately did give almost everything we found ( lacking a  few Jokers ) to a real old folks' home.  Now we are all "old folks" ourselves!
Candy: 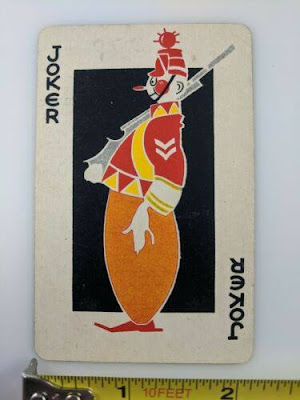 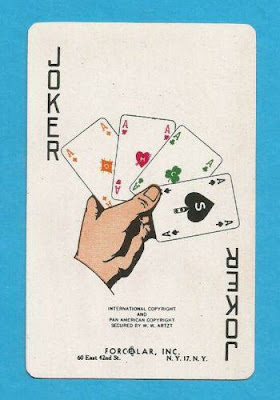 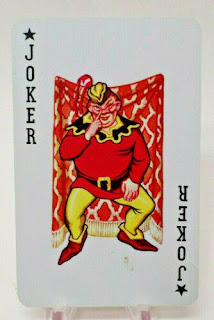 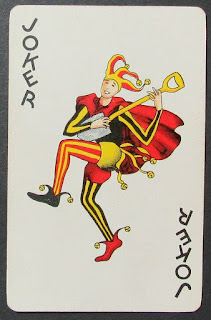 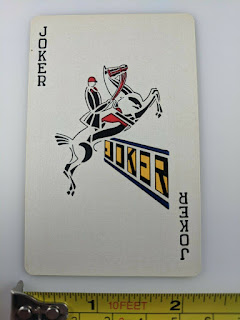 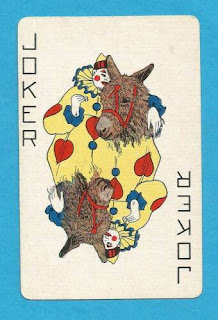 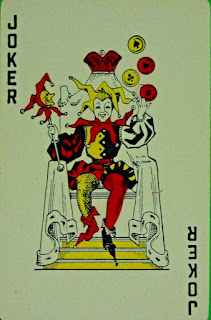 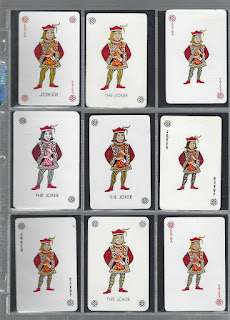 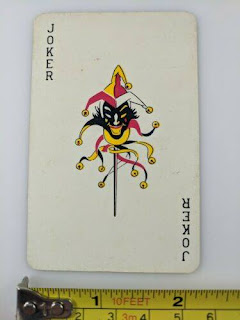 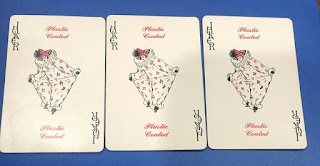 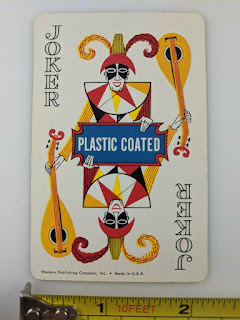 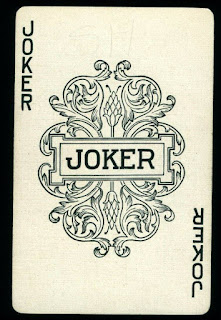 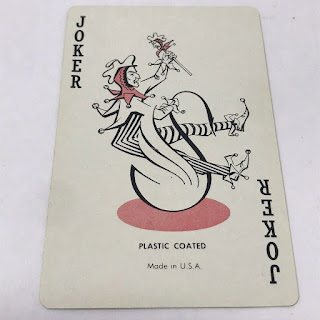 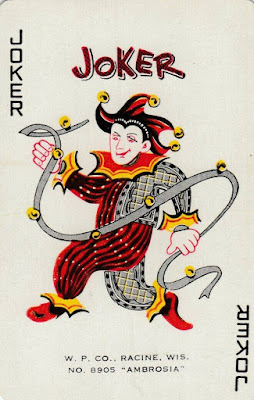 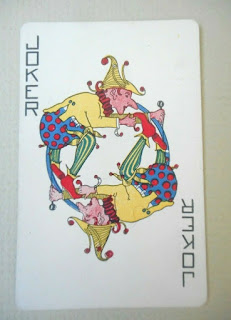 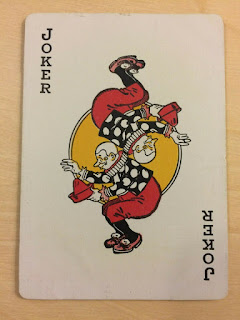 I like the idea of a bunch of neighborhood kids ringing bells, asking for decks for an "old folks home", and then opening the deck and saying: "Durn, just another Old Pinwheel."  It somehow reminds me of my childhood where I collected cards and coins with my brothers and we would go to local banks to get an entire pound as a bag of either copper, threpences, or sixpences. But that's another story.
Click for an Overview of the Types of Playing Card Jokers
Or here is some info and pictures of jokers with masks!
Posted by Johne at 4:46 PM