These jokers are referred to as either the First Nations (a Canadian term) or Native Americans (a US term) or the Indigenous people (when I'm down in Latin America and it's being translated directed from Spanish).  Indians is a term that was popular and seems to be returning although it's debatable. Because I include the original Hawaiians here, I also include a few Pacific Islanders. 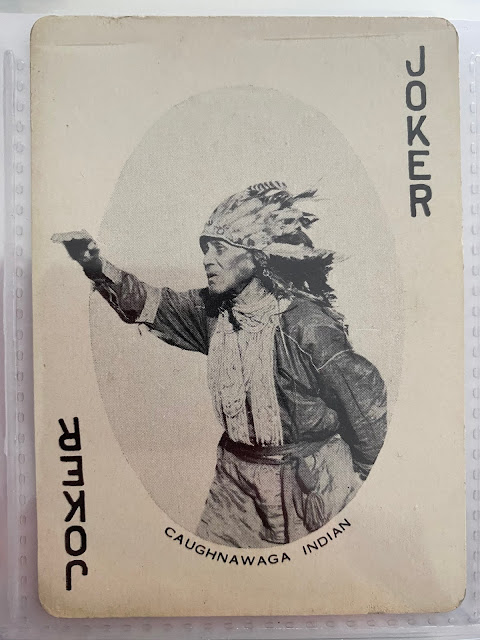 These next two jokers were the object of discussion in the Facebook Joker Collectors Group in early Nov 2020. I posted them asking for info.  Lisa Engel Gray said: "...they represent Hopi Kachinas. I believe the black and white costume is that of the Hopi Koshari Clown." Tom Van Berkum: ""Gemaco" (USA) deck "Pueblo Indian Kachina Dolls" And Jan Walls added: "I have these jokers and the court set, here are two extra cards in the deck, the red joker AYA (Runner) black joker Koshare or Hano clown or Paiyakyamu or Hano Chukuwai-Upkia." 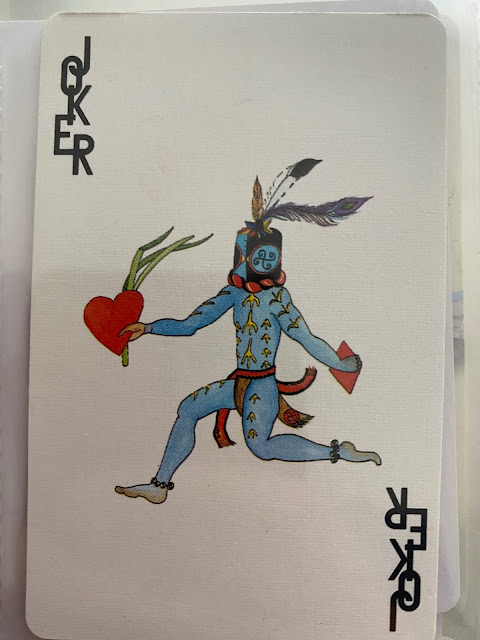 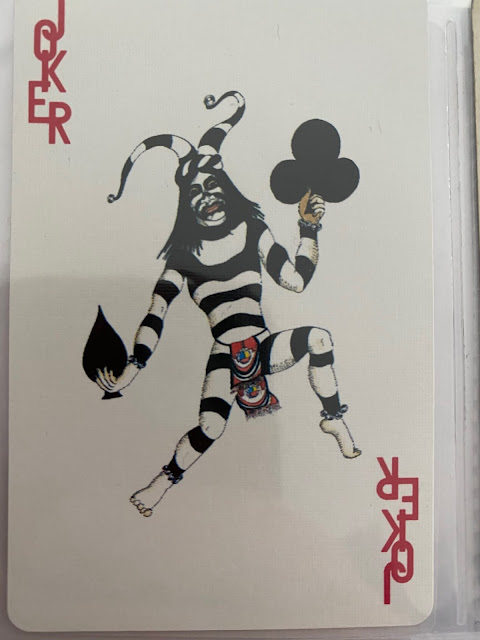 <Need to discuss why this fellow belongs here...> 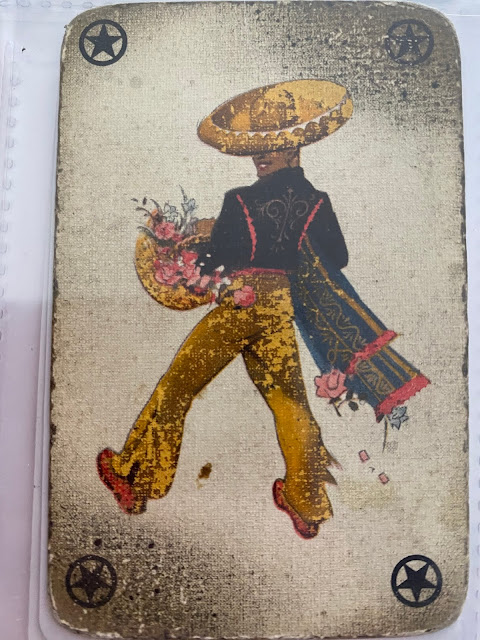 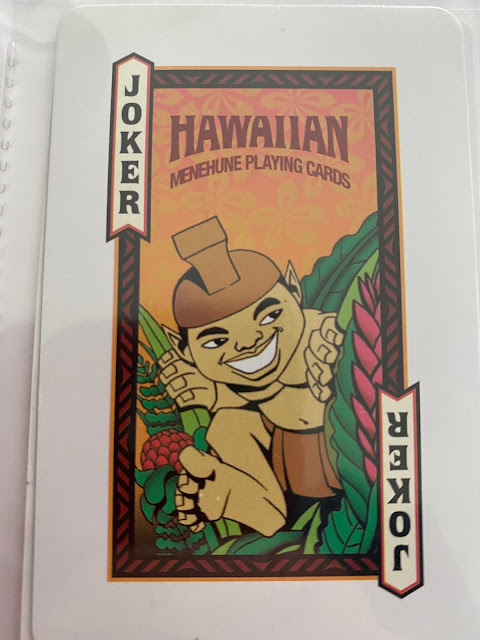 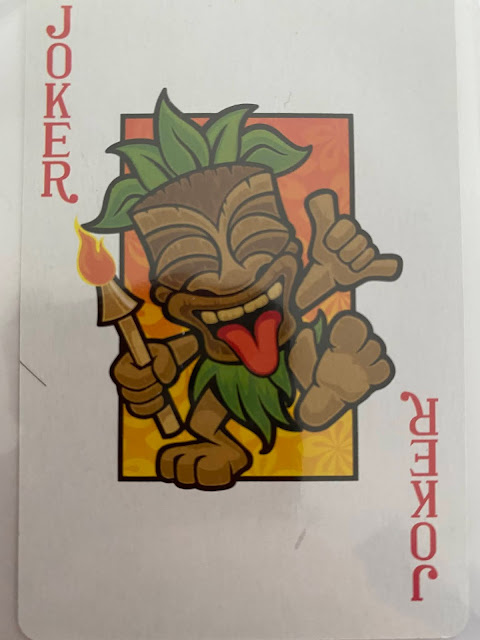 Here are the ensemble shots of the Native American Joker Cards. 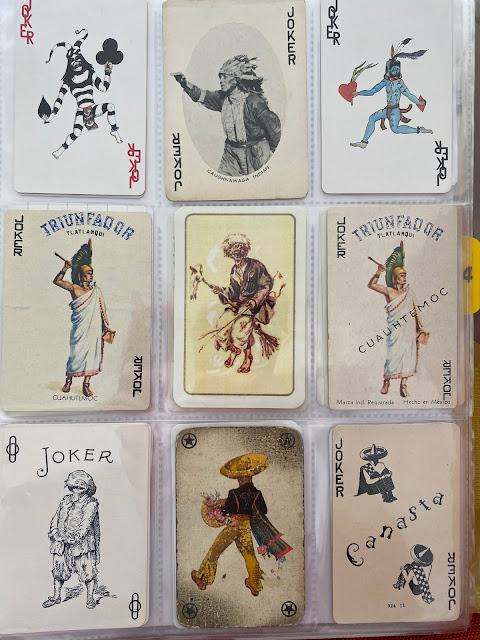 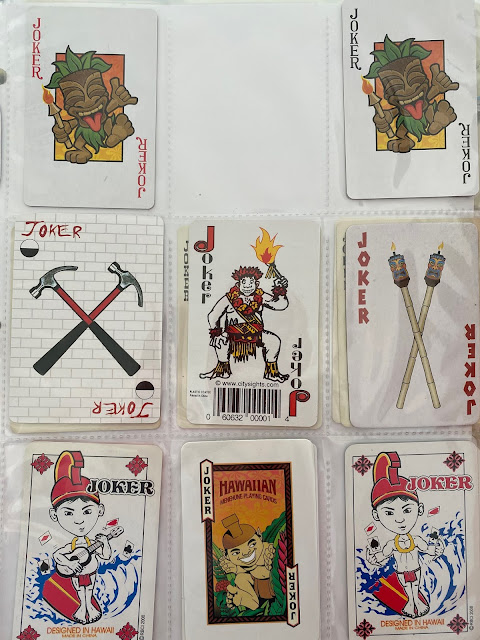 There’s also these jokers who are not in the Native American section but in the heads section (not jesters. (Note that the website is not current: the head section is missing lots of jokers and is not yet split between jester and non jester heads). 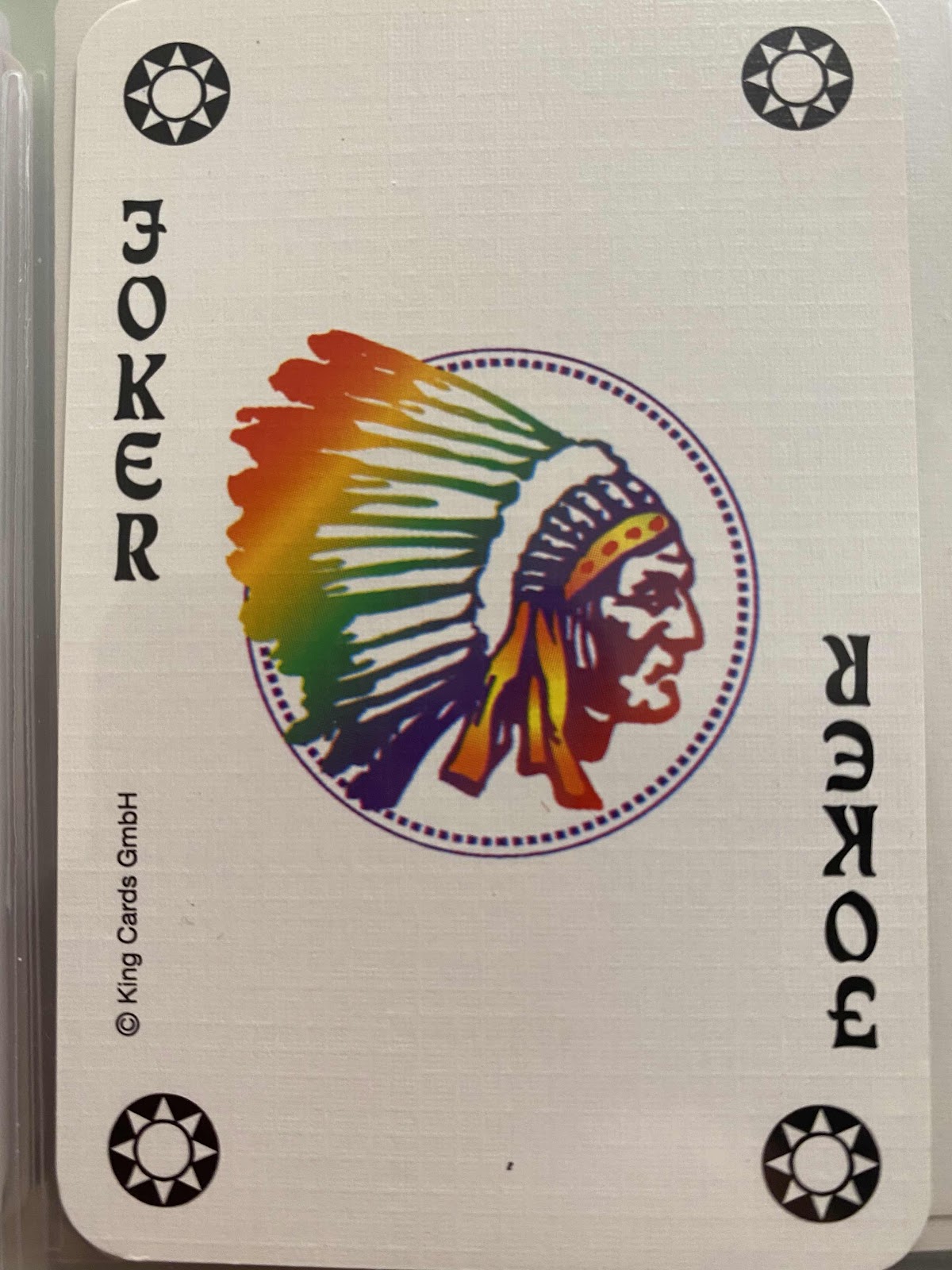 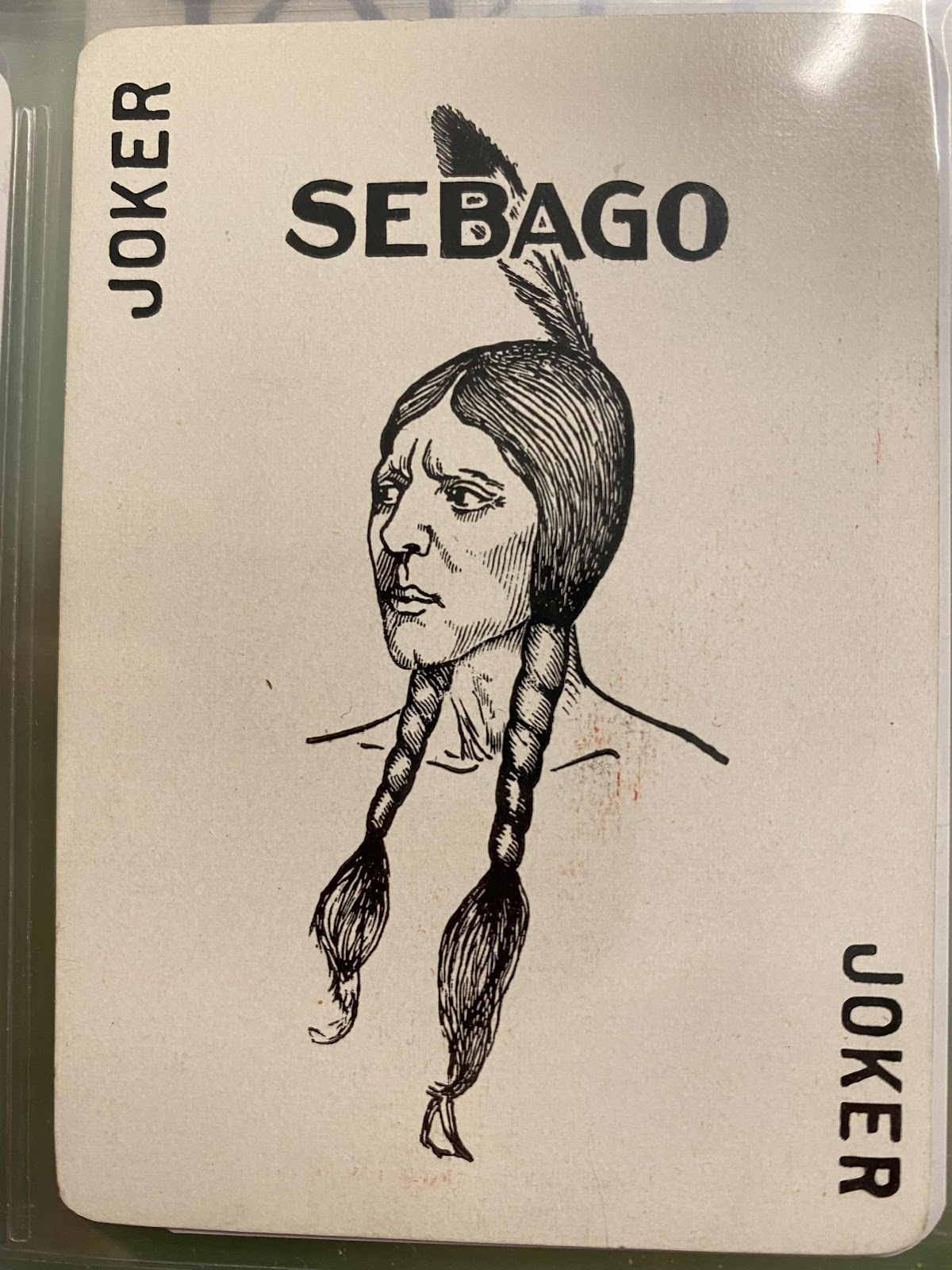 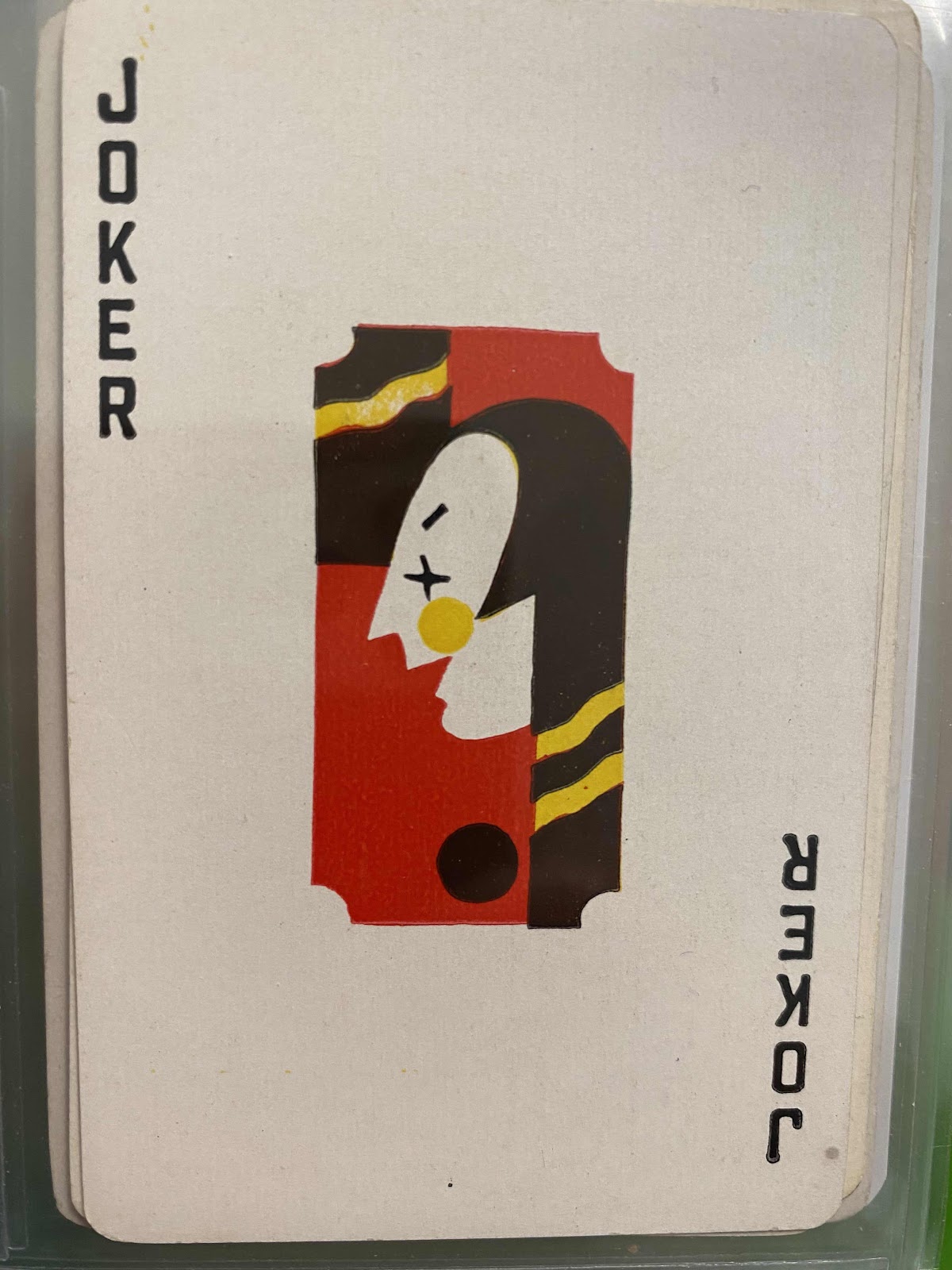 This next Native American was just acquired and could go into the Topsy section but I'll put him in with the Native Americans since there are tons of topsies and not that many in the tribes. 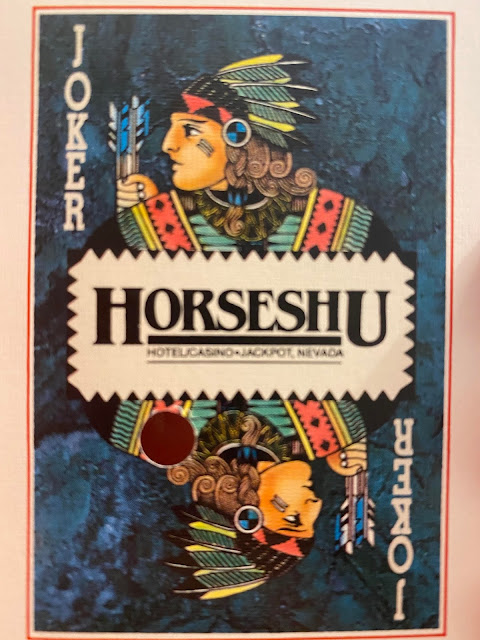 Here are other articles on jokers: