Travel Jokers - Sights Outside of the USA

Here are 81 tourist jokers or jokers with sights or landscapes which are not set in the US. Here’s a very old tourist site on a very old joker: a Pyramid Sphinx joker. It was the first joker published and overall, the by primary joker used the Pyramid Playing Card Company in Brooklyn during Pyramid's seven year corporate life: 1920 to 1927. Hochman p 121. PY1.
Pyramid Sphinx Joker by Pyramid Playing Card Company, Brooklyn 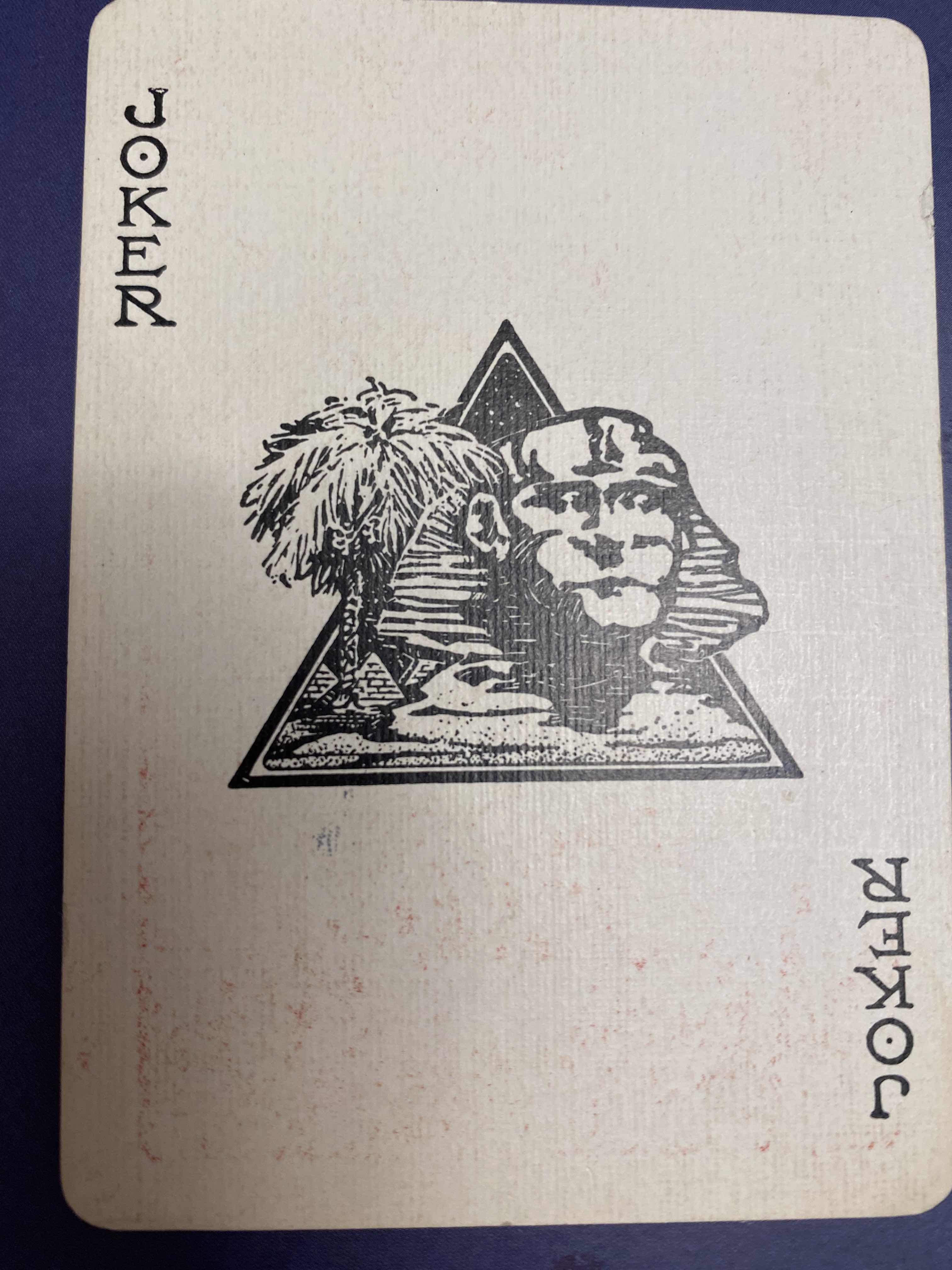 In the top row, there's a cathedral in Zagreb and the Eiffel Tower. 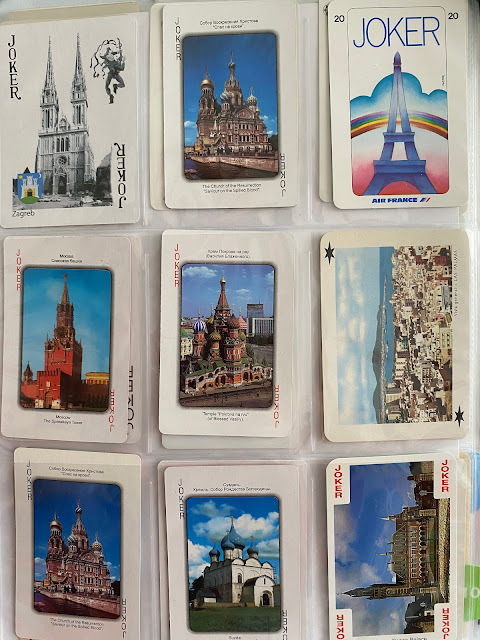 Severalof these are about the Canary Islands such as Tenerife, a piece of Spain off the coast of West Africa. These islands were inhabited when Christopher Columbus arrived in 1492 and claimed it for Spain. 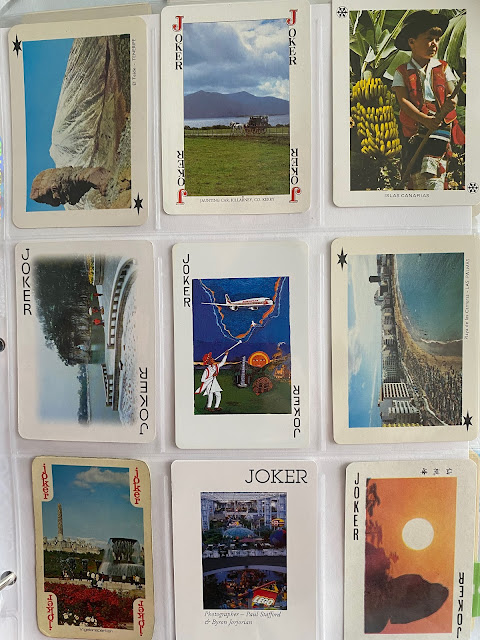 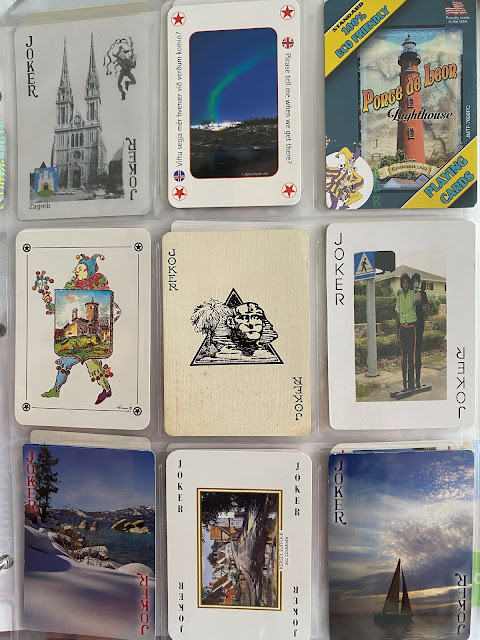 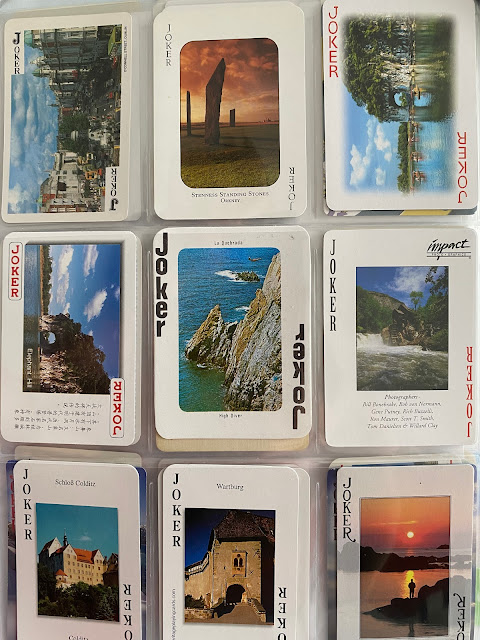 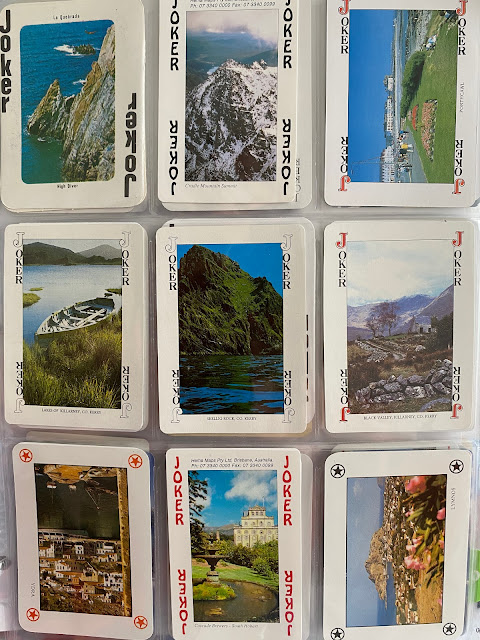 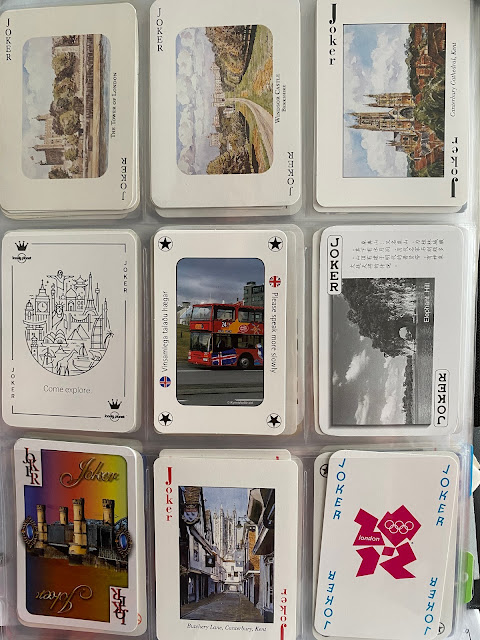 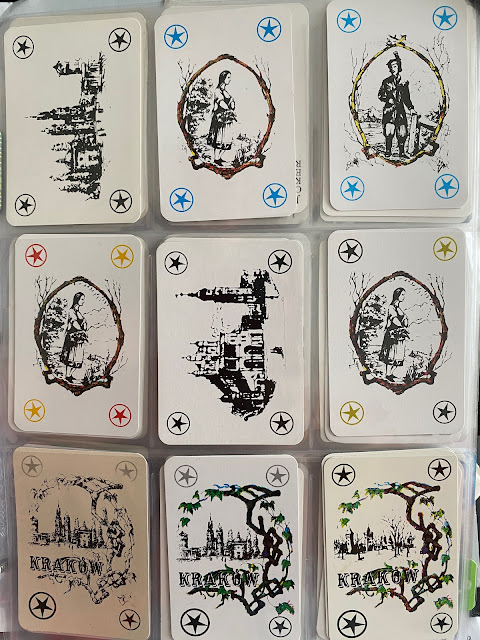 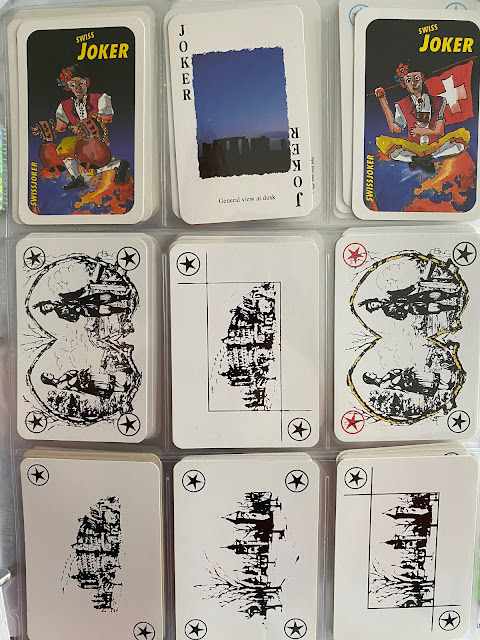 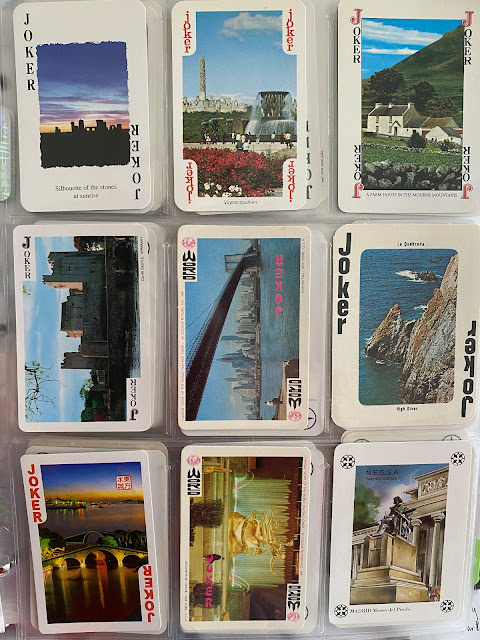 Oops. Anyone notice the duplicate above? I did.

Here's the travel subsections of the joker collection: all five sections are now online!